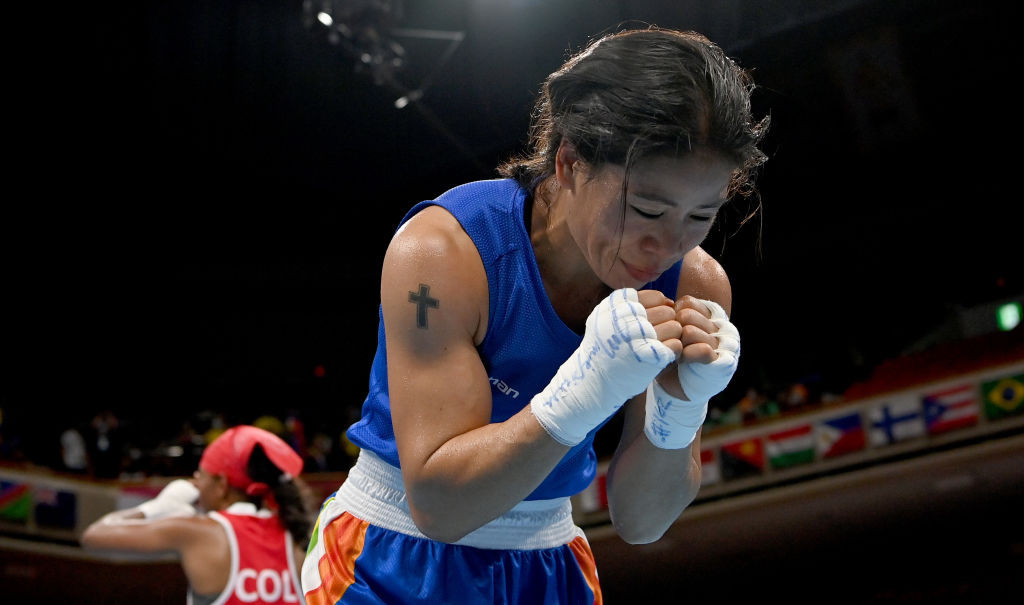 India’s Mary Kom, the most successful boxer in the history of the Women’s World Championships with six titles, has pulled out of this year’s event due to injury.

The 40-year-old has not specified the nature of the injury but she said that she is looking to "recover soon".

The International Boxing Association World Championships are due to take place from May 1 to 14 this year in Tashkent, Uzbekistan.

"I will not be able to participate in IBA Women's World Championship 2023 due to injury," Kom told ANI.

"I am trying to recover soon.

"I hope we can get more champions from this Championship.

"I wish all the best to the participants."

Last summer Kom had to miss competing at the Commonwealth Games in Birmingham after twisting her left knee in a bout at the Indian selection trials.

Kom is regarded as one of the greatest Indian athletes of all time.

At London 2012 she became the first female Indian boxer and the second boxer overall from her country to win an Olympic medal when she claimed bronze.