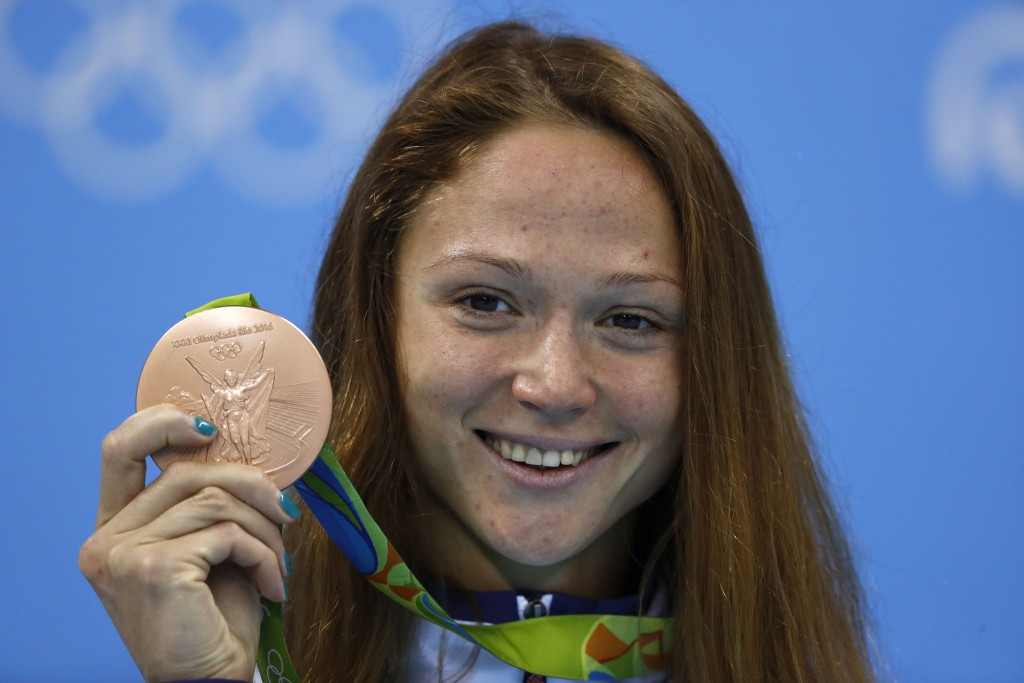 Three-time Olympic swimming medallist Aliaksandra Herasimenia, a well-known critic of President of Belarus Alexander Lukashenko, has been sentenced to 12 years in prison in absentia for "creating an extremist formation" - linked to her work with the Belarus Sports Solidarity Foundation (BSSF).

According to Viasna Human Rights Centre, the 36-year-old was also found guilty of "calling for sanctions against Belarus" and "spreading false information about the events", related to protests in 2020.

Herasimenia has been living in exile in Lithuania since 2019 and has been an outspoken critic of Lukashenko, long been regarded as "Europe's last dictator", having held power as head of state since 1994.

With protests in the country in 2020, the retired swimmer was one of several athletes to sign an open letter calling for free elections, after the Presidential election saw Lukashenko win over 81 per cent of the vote.

Opponents, including second-highest candidate Sviatlana Tsikhanouskaya, were detained during campaigning and the elections were not regarded as free or fair.

After the fallout of the election, Herasimenia formed the BSSF, which provides financial and legal aid to sportspeople from the country who are targeted by the authorities.

In April 2021, the London 2012 double silver medallist and Rio 2016 bronze medallist auctioned off her gold medal won at the 2012 World Championships to raise funds for the BSSF.

Herasimeniawas put under trial due to a new law signed by Lukashenko in July that allowed trial in absentia.

Alexander Opeikin, the co-founder of the BSSF with the swimmer, was given the same sentence.

The organisation was pivotal to the cancellation of international events in the country including the European Track Championships.

Since then, Belarus' involvement in the invasion of Ukraine saw sporting sanctions continue.

During the nationwide protests two years ago, more than 35,000 people were arrested.

Since then, outspoken Belarusian athletes have faced punishment from the Government.

Cross-country skiers Sviatlana Andryiuk and Darya Dolidovich had their International Ski an Snowboard Federation codes revoked for supporting the opposition.

Women's 2019 aerials world champion Aliaksandra Ramanouskaya was fired from the national team in late October 2020 for "truancy" and later sold her gold medal to raise funds for the BSSF.

Belarusian sprinter Krystsina Tsimanouskaya defected to Poland after team officials tried to send her home from the Tokyo 2020 Olympics against her will for public criticism of her coaches.