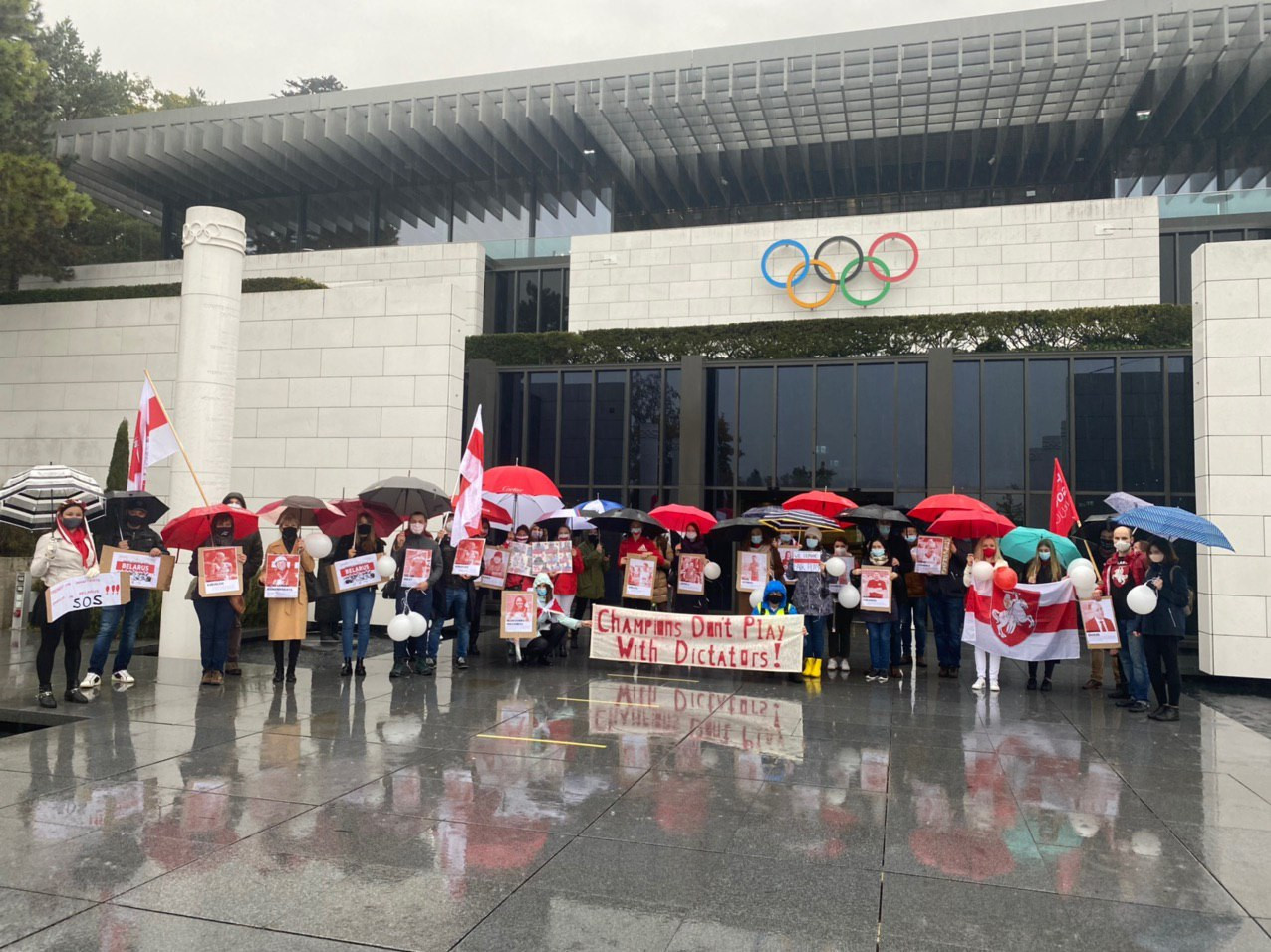 Herasimenia leads the Belarus Sport Solidarity Foundation (BSSF) which joined Alies Vashkevich, Board member of the Belarus Swiss Association (RAZAM), as signatory of a note delivered to Olympic House today in Lausanne.

The letter accused the NOCRB, headed by Belarusian President Alexander Lukashenko, of "encouraging continuous violence and turning its blind eye to the ongoing multiple cases of discrimination and violence".

Some 900 Belarus sporting personalities signed a letter condemning the conduct of the Presidential election in August which returned Lukashenko to power.

Since then, BSSF and RAZAM allege that the Belarus Government has intimidated at least 40 athletes and coaches.

Ten have been given prison sentences including Olympic basketball player Yelena Leuchanka.

The letter insists the NOCRB is in "clear breach of the Olympic Charter".

It paid tribute to IOC President Thomas Bach after his statement following the Executive Board meeting earlier in the month.

"This statement has shown the readiness of the IOC to stand for the values of the Olympic Charter and has been a great encouragement to the repressed Belarusian athletes.

"Unfortunately, the repressions against Belarusian sports community have not stopped, and the National Olympic Committee of Belarus seems to be confident that any violations of the Olympic Charter committed by it will go unnoticed.

"We are calling on the IOC to suspend the National Olympic Committee of Belarus and any funding to it for as long as the breach of the Olympic Charter in Belarus continues."

It began in heavy rain at the Olympic Museum and continued to Olympic House in Vidy.

Some protesters carried a banner with the message "Champions don’t play with dictators".

Organisers had invited Swiss sports organisations to join the protest in a demonstration of solidarity with the Belarus sports community.

Protestors wore face masks and were asked to "join the march with any sports accessories and or a flag of your organisation to show solidarity with Belarus".

Some carried the red and white flags which have become a symbol of protest.

After a virtual Executive Board meeting held earlier in the day, where it received an interim report on the NOCRB, the IOC "has again expressed its serious concern with regard to the overall situation of the sporting community in Belarus", despite assurances from the NOCRB.

The Executive Board "will continue to monitor the situation of Belarusian athletes in advance of the Olympic Games Tokyo 2020 and the Olympic Winter Games Beijing 2022, and remains open to receiving any further information relating to athlete discrimination on the grounds of political views if these athletes are under the authority of the NOC", the statement added.

Herasimenia, who decided to move to Vilnius in neighbouring Lithuania after athletes opposing the regime were arrested, has asked the IOC to help with the programmes she is organising to help disadvantaged athletes continue to train.

"We are also appealing to the IOC for help, including within the framework of the Olympic Solidarity programmes to those Belarusian athletes, who have, for political reasons, been denied the opportunities to train in Belarus or have been unfairly suspended from the sports events or forced out of the country."

Herasimenia estimated that at least 20 athletes had already been affected in this way.

"The IOC could help by facilitating communication with international sports federations to ensure that these athletes can compete in major sports events and get to participate in the qualifications to the Olympics and consequently in the Olympics as well, under the neutral flag if required," the swimmer added.