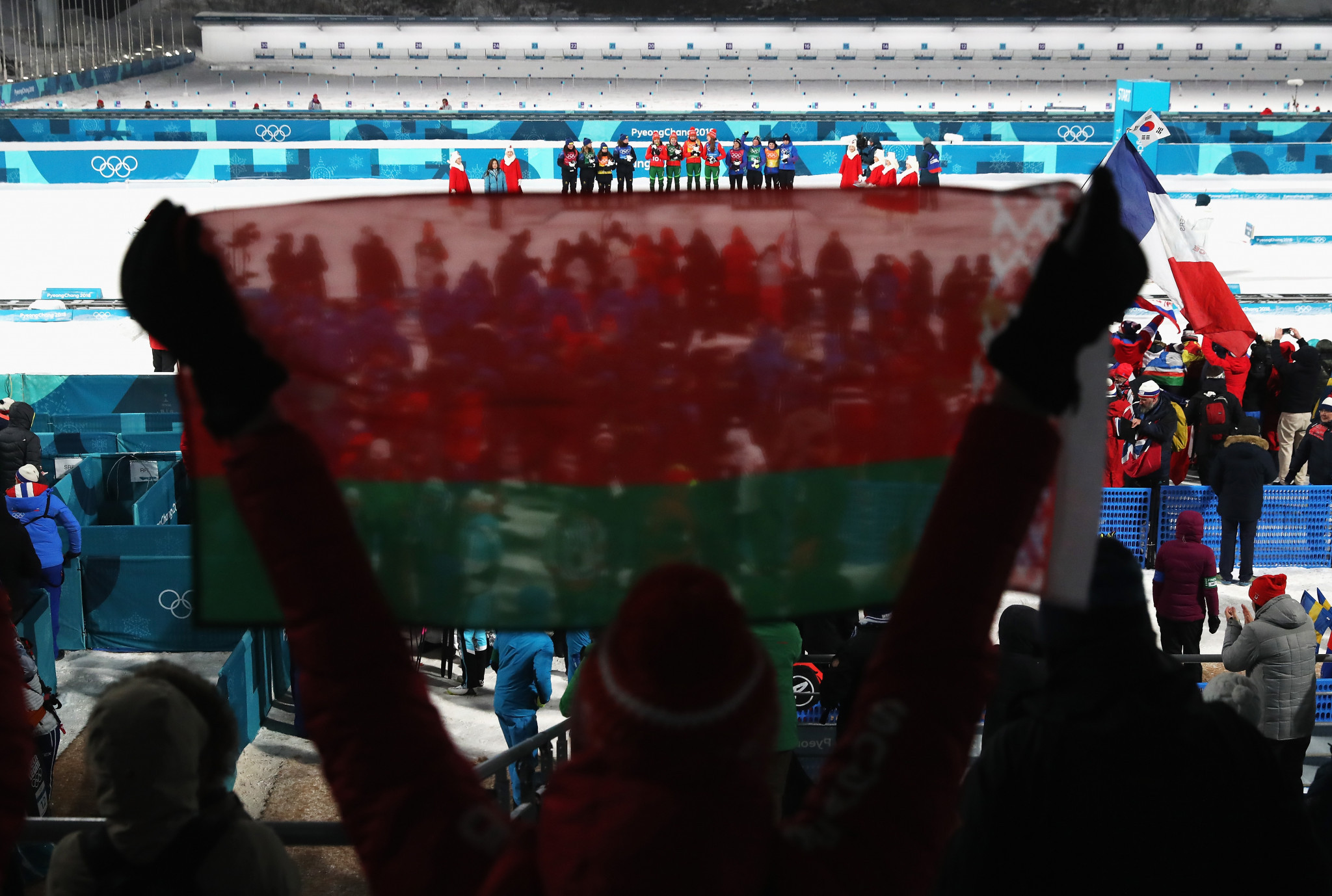 The Belarus Sports Solidarity Foundation (BSSF) has hit back at what it calls pro-regime letters sent to the International Olympic Committee (IOC) by the Minsk Government in the wake of unrest in the country.

"It is quite difficult to accuse someone of politicising protest in the country when they are responsible for the policy that causes people to protest," said Anatol Kotau, BSSF international relations head.

Late last month, the IOC opened a formal proceeding against the National Olympic Committee of the Republic of Belarus (NOCRB) over allegations it has breached the Olympic Charter.

Alexander Lukashenko, contentiously re-elected Belarus President in August in an election widely dismissed as neither free or fair, also leads the NOCRB.

In a message to Lausanne this week, Belarus basketball chief Maksim Ryzhenkov, who is also first deputy head of the Belarus President’s administration, had written "we urge you to take a very careful look at the situation around Belarus sport."

His letter claimed that the "overwhelming majority of Belarus athletes support the NOC [National Olympic Committee] of Belarus" and that "sport should be outside of politics and sport has played a uniting role for representatives of various political ideologies even during the challenging times of the cold war in Europe.

"Almost all Olympic champions cherish our government’s efforts to create conditions for the development of sports and physical culture", Ryzhenkov claimed.

Today, Kotau replied: "There is a reference to the fact that sports should be outside of politics however if the federation is headed up by the person who is in charge of official ideology in the country it is difficult to see how that person can wear several completely conflicting hats.

"It is quite difficult to accuse someone of politicising protest in the country when they are responsible for the policy that causes people to protest.

"The people who are responsible are trying to pass the blame to someone else."

The BSSF has also "expressed deep concern" about a petition from the Belarus NOC which has been signed by leading athletes.

"Administrative pressure is exerted on athletes and sports specialists", read a BSSF statement.

"Those who refuse to sign the letter receive threats of repressive measures from sports authorities.

"The signing procedure of the stated letter with obvious political pro-regime connotations is held in the NOC of Belarus building."

Tomorrow, protest group leaders are set to have further talks with Olympic Solidarity’s James Macleod in the wake of the IOC launching an investigation into the NOCRB.

BSSF chair Aliaksandra Herasimenia has described this as "one of the most important achievements of the foundation in its success in protecting athletes".

"One of the first groups to voice their protests were the athletes," Herasimenia, a winner of three Olympic swimming medals and a former world champion, added.

"They were the first to protest, to express their dissatisfaction, and after they spoke out, people were dismissed and intimidated and denied the ability to continue their sports career."

BSSF chief executive Aliaksandr Apeikin added: ""e will have an online meeting with the IOC where we will sit down and discuss in the presence of our athletes.

"We are preparing further cases of people who were imprisoned or denied funding.

Apeikin described the events in Belarus as "blatant abuses of the Olympic Charter".

The files include 2008 decathlon silver medallist Andrei Krauchanka, who was "detained and sentenced without a lawyer to 10 days of administrative detention, subjected to physical and psychological violence in a temporary detention centre", it is claimed.

Earlier in the year basketball star Yelena Leuchanka was imprisoned and is thought to have contracted COVID-19 during internment.

Among the BSSF charges are that he "exerted pressure on athletes and sports specialists who expressed their civic stance".

The IIHF is due to stage its Men's World Championship in Belarus and Latvia next year, although it has used concerns of COVID-19 as a potential excuse for moving the event away from Belarus and is under pressure to do so from the Latvian Government.

The BSSF has furthermore demanded a travel ban in the Schengen region on all Belarus sports officials.

The German athletes' organisation Athleten Deutschland has also sent a letter to IOC President Thomas Bach in which the groups expresses "our solidarity and support for the woes and concerns of the Belarusian Sport Solidarity Foundation BSSF and the Belarusian athletes who have been exposed to systematic reprisals for weeks".