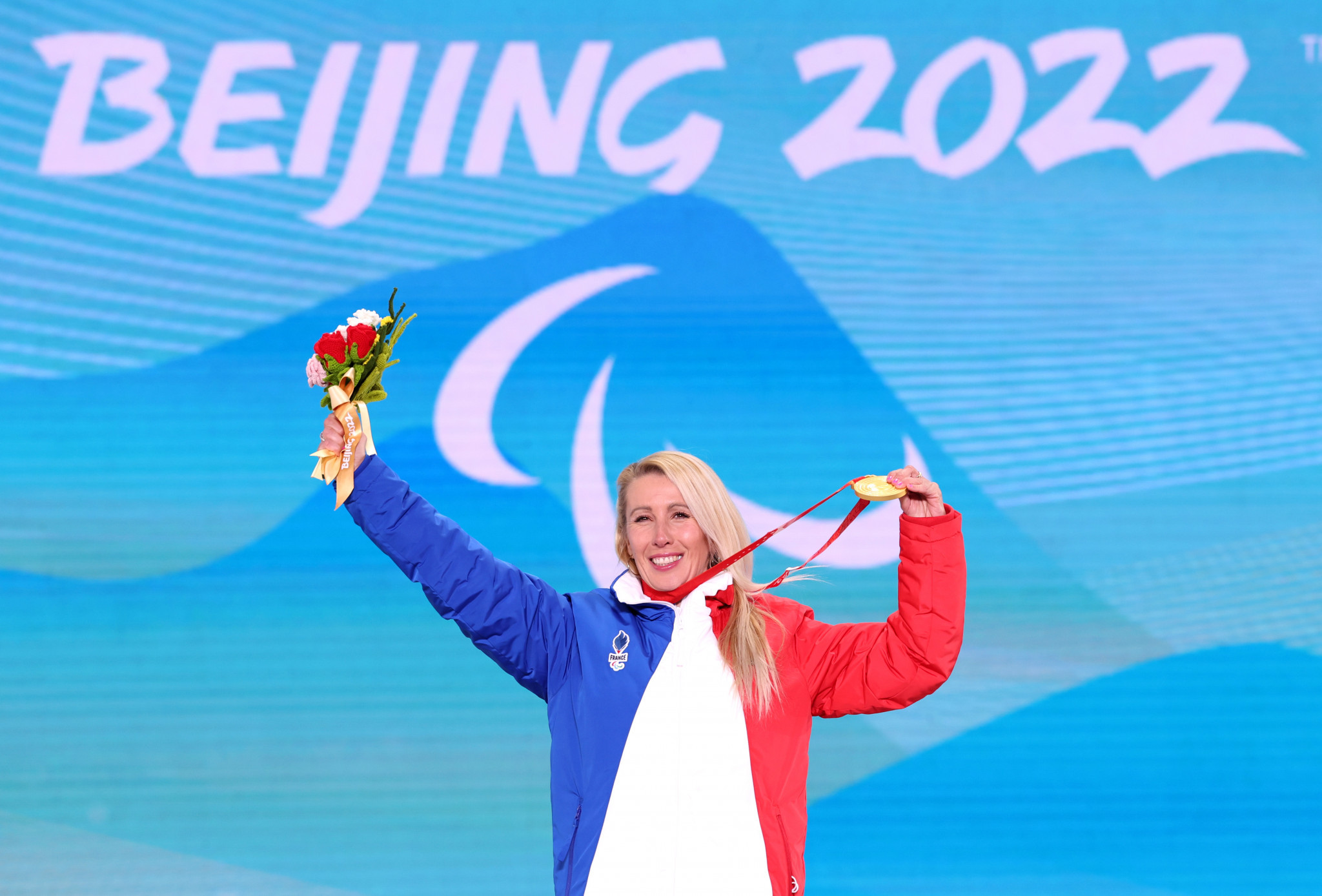 Brenna Huckaby and Cécile Hernandez can keep the snowboard gold medals they won at the Beijing 2022 Winter Paralympics, following court proceedings in Germany.

The International Paralympic Committee (IPC) had been seeking to have their medals removed, after it took a preliminary injunction for Huckaby and Hernandez to be able to compete at Beijing 2022 at all, but ultimately withdrew the motion.

However, a challenge from Huckaby and Hernandez's lawyer Christof Wieschemann for them to be able to compete in sport classes different from their own moving forward was not successful.

With the IPC transferring Para snowboard governance to the International Ski and Snowboard Federation (FIS) during the legal proceedings, they have now been closed.

Both had competed in SB-LL1 competition at Pyeongchang 2018, but were told before Beijing 2022 that the classification would not be included because there were too few entries.

Advocates for Huckaby and Hernandez insist they have a higher degree of impairment than their new rivals in the LL2 class.

Hernandez suffers from multiple sclerosis while Huckerby is an above-knee amputee.

While the IPC maintains its opposition to Hernandez and Huckaby competing at Beijing 2022, it has stopped attempts to have their results disqualified.

"The IPC is satisfied at the conclusion of these German court proceedings, as we strongly believe January’s interim injunction was not just wrong but was potentially damaging to Paralympic sport, in particular as it showed a complete lack of understanding of the classification system in Paralympic sport," a spokesperson said.

"It is a fundamental principle of the classification system that, subject to the provisions of the IPC Athlete Classification Code, international federations have the right to determine the sport class system in place for their respective sport(s), and the conditions under which athletes in different sport classes may or may not compete together.

"Contrary to some of the arguments raised in the proceedings, the classification system, which exists exclusively in Para sport, is not based on the medical diagnosis of an athlete's condition or on the general severity of their impairment, but on the concrete impact that an athlete's impairment has on their ability to perform the specific tasks and activities of the sport in question.

"This principle is of paramount importance to maintain the integrity, fairness and safety of Para sport competitions, and the IPC is pleased that this principle has also been maintained."