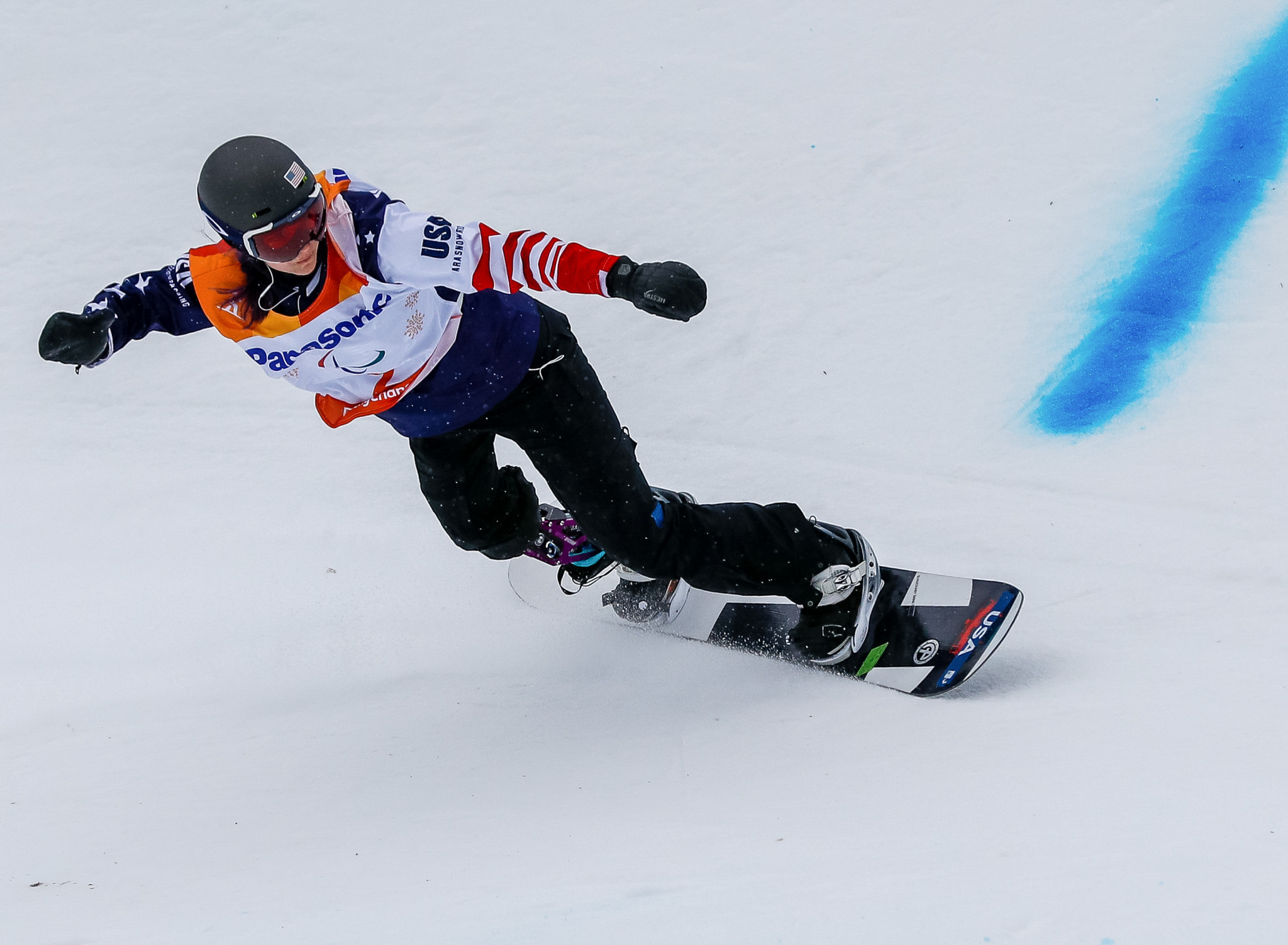 A total of 45 elite Para snowboarders, including Pyeongchang 2018 medallists Brenna Huckaby and Cécile Hernandez, have called on the International Paralympic Committee (IPC) to allow women's LL1 athletes to compete in the women's LL2 classification at the Beijing 2022 Winter Paralympics.

The American Huckaby earned gold in the women's LL1 snowboard cross and banked slalom events at the last Winter Paralympic Games, while France's Hernandez clinched a bronze and silver in the two competitions respectively.

However, the LL1 classification has been dropped from the programme for Beijing 2022, and a statement from Huckaby and German sports lawyer Christof Wieschemann said the two athletes have had their requests to compete in the men's LL1 or the women's LL2 at the Games rejected by the IPC.

Para snowboarders from 12 countries have signed an appeal to the IPC to allow Huckaby and Hernandez - and potentially China's Hu Nianjia - to compete in the women's LL2 competitions.

"Since 2014, the Paralympic Movement has aimed to include women with leg impairments in Winter Paralympic Games," a letter reads.

"We believe having only one category competing in Beijing doesn’t represent inclusion in our sport.

"We, as women competitors, are united in promoting our sport.

"We believe it would be unfair to exclude women with the highest degree of impairment from the most important event.

"We have been successfully competing together in the season of 2021.

"Please consider there are 32 slots for women snowboarders in Beijing and we will not use all of the slots.

Huckaby said of the campaign to earn inclusion at Beijing 2022: "I have dedicated my life to Para snowboarding since losing my leg to cancer as a young teenager.

"It was an honour and a joy to represent Team USA, compete, and win at the 2018 Paralympics, and I have been training and competing with the aim of repeating my performance at the 2022 Beijing Games.

"I see no reason why I, and my fellow LL1 competitors, should be barred from competing in a more challenging class, whether that be against the LL2 women or the LL1 men.

"We are simply asking to be included.

"The Paralympic movement, which I have championed my entire career, focuses on inclusion and equality in sporting opportunities for people with disabilities.

"Our inclusion in the Para snowboarding events at the 2022 Paralympics will further the Paralympic Movement and hopefully pave the way for an even more inclusive and representative Paralympic Games moving forward."

Wieschemann has filed an application on Huckaby's behalf to the Regional Court of Bonn in Germany for an interim injunction against the IPC to allow the athlete to compete in the men's LL1 or women's LL2 events at Beijing 2022.

The Beijing 2022 Winter Paralympics are scheduled for March 4 to 13.