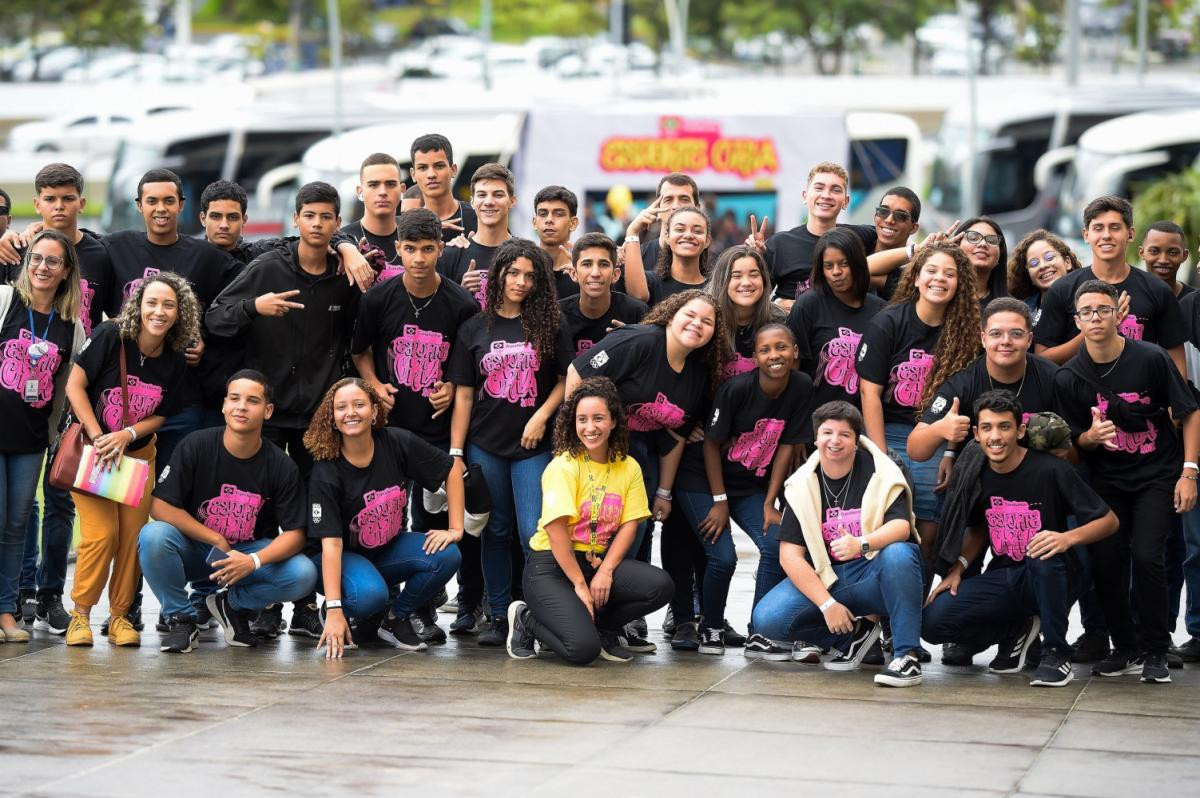 The Brazilian Olympic Committee (COB) has launched its "Esporte Cria" programme which aims to show school students that it is possible to work in sport even if they are not an athlete.

The scheme is part of Transforma, the organisation's Olympic values programme, and a launch event was held in partnership with the Rio de Janeiro State Department of Education.

"We are very happy with the event," said Carol Araújo, manager of culture and Olympic values at the COB.

"We were inspired by other events for students, but there wasn't one for sports.

"They don't have this clarity that there are a lot of professionals involved in the entire sports system.

"We strive to have a fun program that encourages interactions, both on stage and on social networks."

Esporte Cria was inspired by fairs, student guides and TED Talks, and had the participation of several professionals from the sporting industry.

There were also boxing and breaking performances which featured student participation.

The highlight of the event was said to be a talk from 2016 Olympic champion judoka Rafaela Silva, who only returned from a doping ban last year.

"It was very exciting for me," Silva said.

"I believe it will add a lot to the lives of these young people.

"When I was their age, I didn't have knowledge from outside the community, that was my world.

"I thought I wouldn't have opportunities.

"And that's why I think this event is so important for them to have this contact, this exchange, see the professions, go to college.

"And, for me, it's really nice to receive this affection. It adds to both sides."