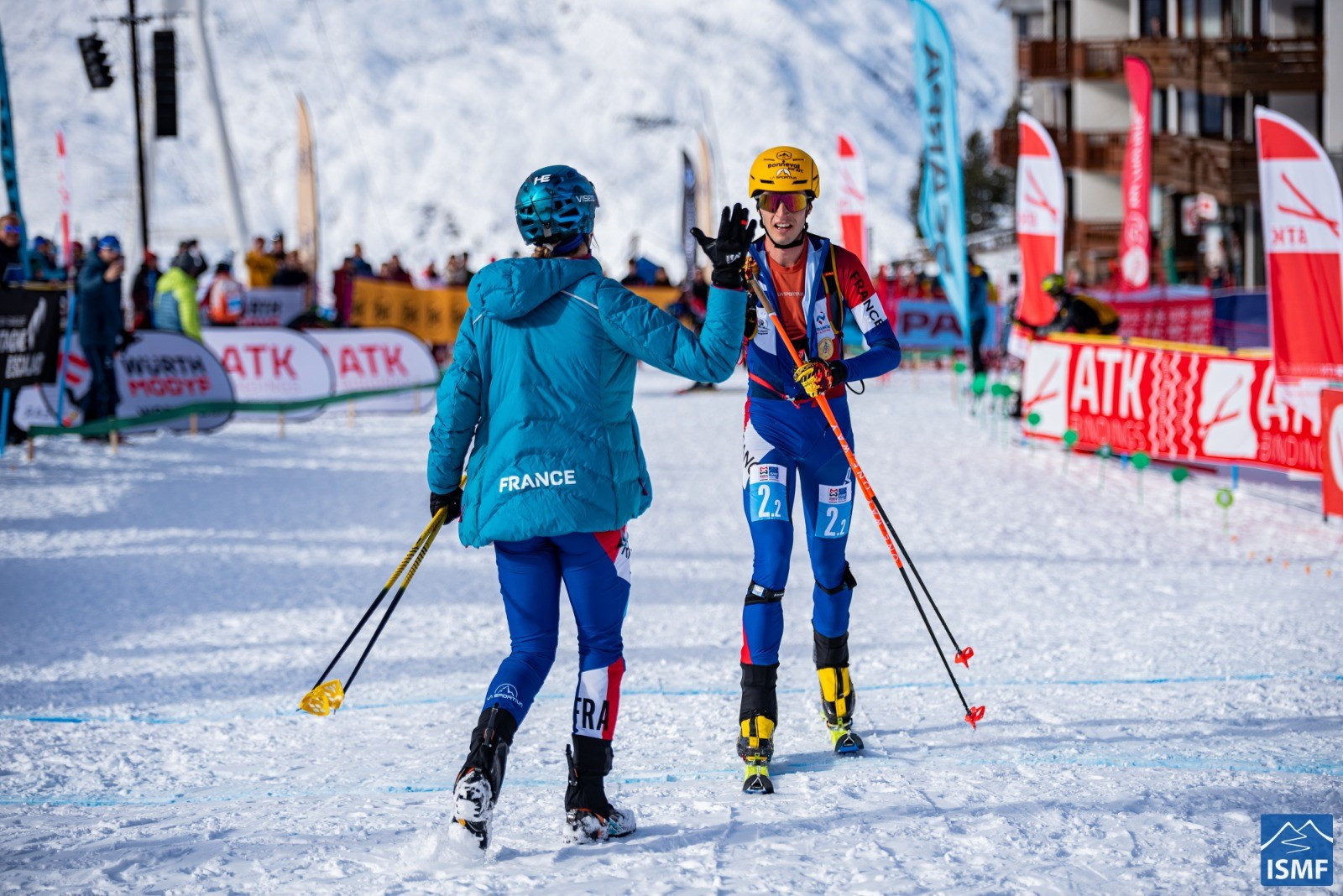 A total of 12 teams from eight countries progressed to the final with France, Italy, Switzerland, and Spain being represented by two pairs each.

Meanwhile, Slovakia, Poland, Germany and Australia made up the remaining four.

Harrop and Anselmet are the reigning European champions in the discipline and showed exactly why with a dominant performance which saw them lead the race from beginning to end.

They clocked in after 36min 44.707sec to beat Spain's Ana Alonso Rodriguez and Oriol Cardona Coll who crossed the line after 37:00.774.

The champions' compatriots Célia Perillat-Pessey and Xavier Gachet rounded out the top three with a time of 37:09.934.

"I had a nice gap, so I was able to save some energy for the second lap," said Anselmet.

"Xavier put some pressure on me, but it's a game.

"I am happy that my shape is good at the beginning of the season."

The discipline is set to make its Olympic debut at the Milan Cortina 2026 Winter Olympic Games.

Harrop was also successful in the women's individual sprint race as she outpaced Marianne Fatton of Switzerland and Giulia Murada of Italy.

Fourth place was also achieved by a Swiss athlete in the form of Matteo Favre while Anselmet could only muster a sixth-placed finish.