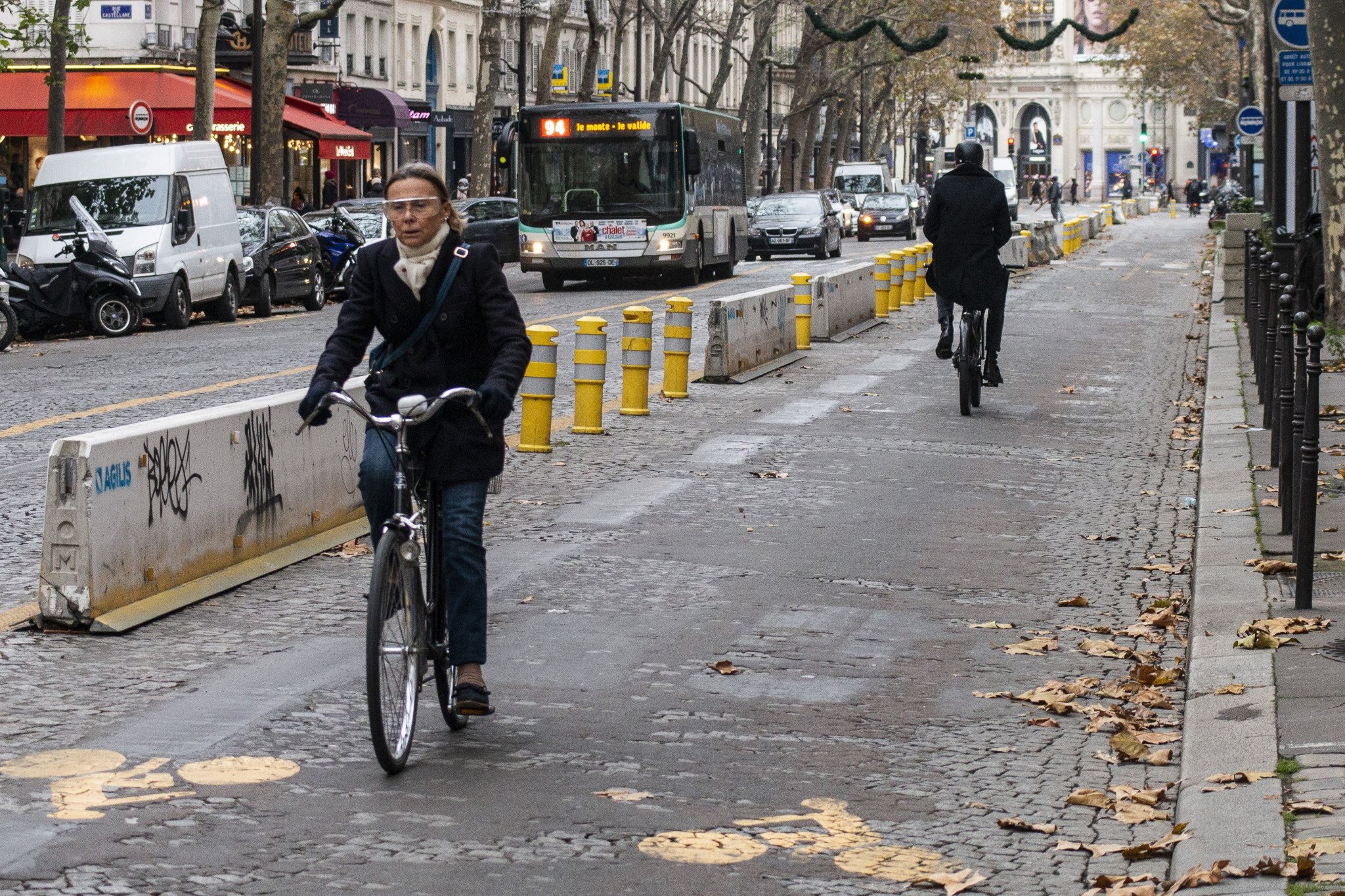 A cycling group has claimed that 90 per cent of the venues for the Paris 2024 Olympics and Paralympics are inaccessible by bike.

Collectif Vélo Île-de-France, a group made up of 42 cycling associations in Paris, has made the conclusion after conducting analysis of each site.

The research revealed in the French newspaper Le Parisien saw the group assess the continuity of cycle paths, parking capacity and availability of rental bikes.

Paris is set to stage the Olympics in less than two years' time but Collectif Vélo Île-de-France claim there are a paucity of cycling facilities.

"The lack of cycling infrastructure and the many cuts in the cycling network make access to sites complicated, even sometimes impossible," a statement from Collectif Vélo Île-de-France read in Le Parisien.

"Half of the sites are difficult to access by bike due to the lack of continuous and safe cycle routes."

The Stade de France is set to stage athletes and rugby sevens competitions as well as the Closing Ceremony.

But Collectif Vélo Île-de-France argue that the venue is "difficult to access despite their proximity to the capital".

The Parc des Expositions de Villepinte which is due to host boxing, fencing, modern pentathlon and sitting volleyball events, has been highlighted with Collectif Vélo Île-de-France claiming it is "simply inaccessible by bike".

The lack of provision for rental bikes is another issue raised by Collectif Vélo Île-de-France.

"Without the deployment of new rental bicycle solutions, spectators will not have the choice of cycling as an alternative to public transport, whereas it can be an important lever for desaturation," the group added.

"The ambition of these Paris 2024 Olympic and Paralympic Games is to leave a strong legacy to the people of the Ile-de-France region.

"Ensuring cycling Games means offering Ile-de-France residents the possibility of getting around by bike in a safe manner the day after the Games.

Paris 2024 organisers responded to Collectif Vélo Île-de-France’s analysis by insisting that several major cycling facilities were under construction in preparation for the Games.

Seine-Saint-Denis is set to be benefit from the improvements with two cycle bridges due to be built on either side of the Stade de France.

"Everything is not perfect, but without the Olympics, we could not have built these major works," said Christophe Piercy, delegate municipal councillor for cycling city in Saint-Denis.

"About 500 parking spaces are planned near the stadium, under the A86 and near Porte de Paris.

"But this is insufficient.

"Hundreds of parking spaces under the stadium are unoccupied, they could easily be recycled for cycling."