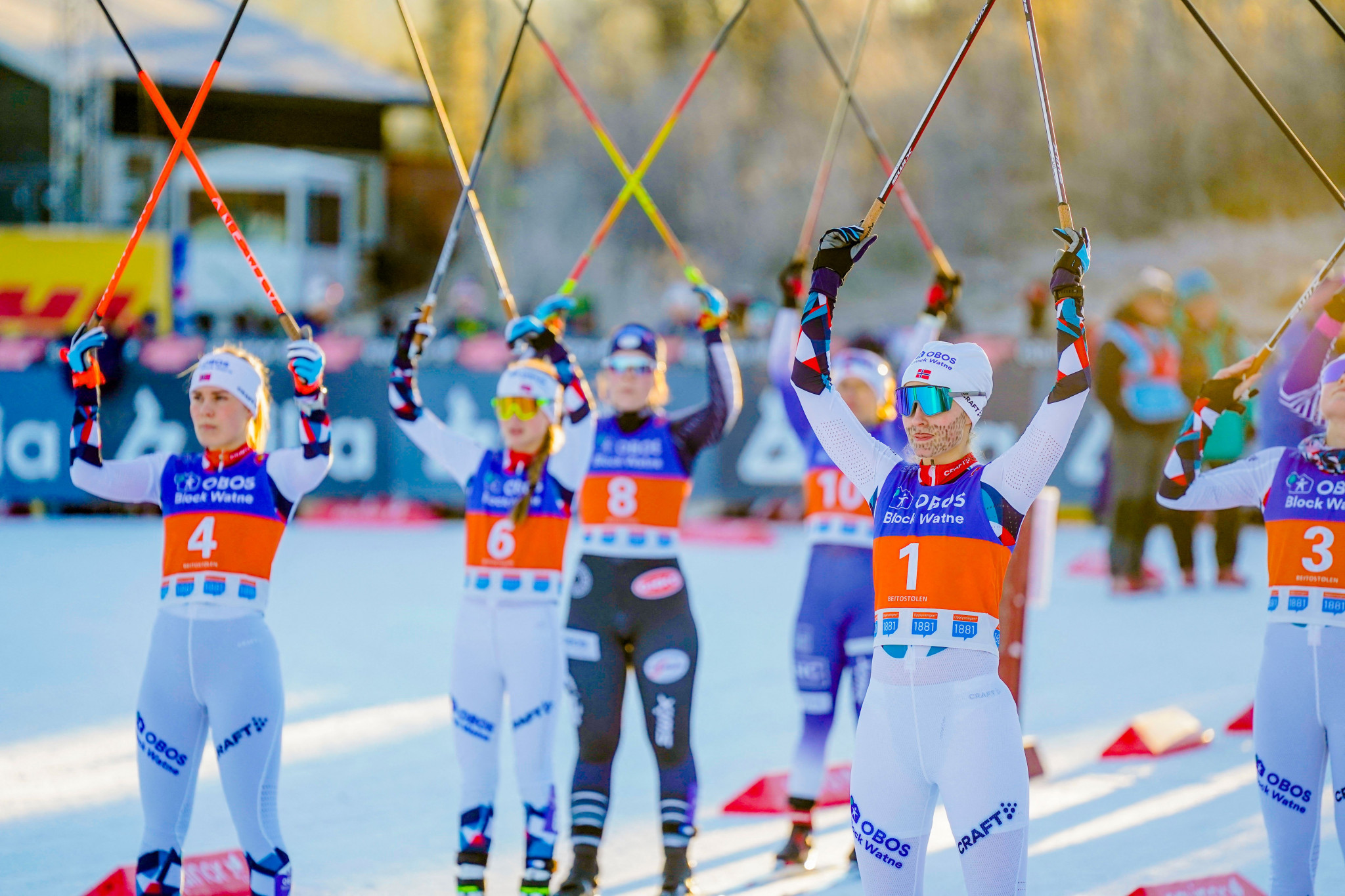 Norwegian skier Gyda Westvold Hansen has participated in a national Nordic combined race with a drawn-on beard as part of a protest at the exclusion of the women's discipline from the Milan Cortina 2026 Winter Olympics.

Athletes marked an X, as they wrote "no exception" on the snow with their ski poles, while Westvold Hansen, who went on to win the race, participated with a drawn-on beard.

The protest took place during the season-opening race in Beitoststolen, with the Youth Olympic Games gold medallist describing the International Olympic Committee (IOC) decision as "absurd."

"We think it's absurd that you have to look like this or have a beard to be allowed to compete in the Olympics," she told Norwegian broadcaster NRK.

"We hope to do something about it.

"This is important for recruitment and girls to want to continue with the sport, which is so much fun.

"It is extremely important for the sport."

The IOC Executive Board announced in June 2022 that women’s Nordic combined had been left off the programme for Milan Cortina 2026.

It has never been contested at the Olympics.

The International Ski and Snowboard Federation (FIS) also applied for its inclusion at Beijing 2022, but again this was rejected.

Following the discipline’s rejection from the programme for Milan Cortina 2026, FIS race director for Nordic combined Lasse Ottesen said the IOC Executive Board’s "lack of confidence" in the development of the discipline and "visible misjudgement" of athletes in the sport was "shocking."

However, Nordic Combined could be removed from the Olympic programme altogether, the IOC has cautioned, with Olympic Programme Commission chair Karl Stoss warning there would need to be a "significant positive development" in the number of countries participating and audience figures if it is to feature in 2030.