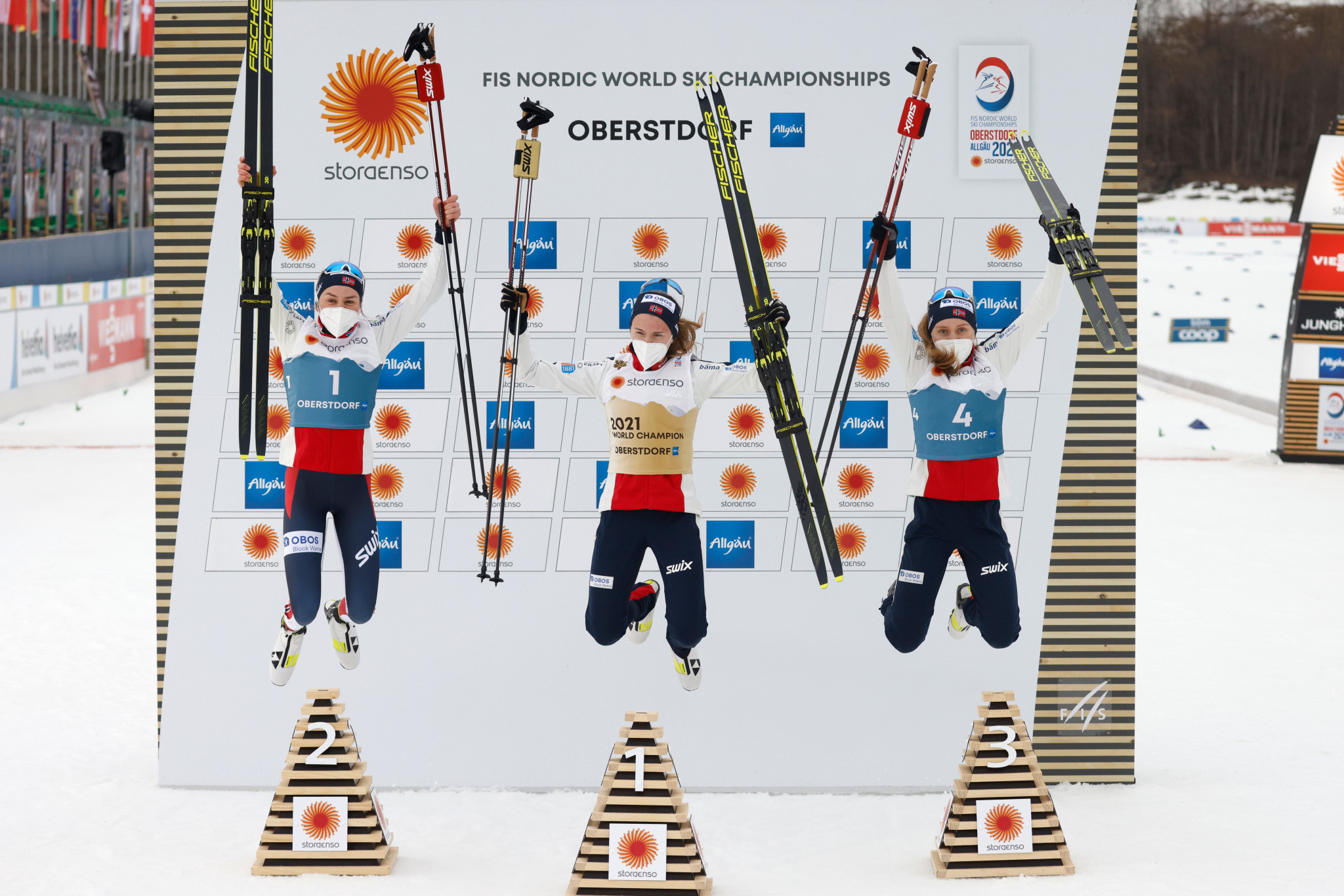 Lasse Ottesen, FIS race director for Nordic combined, claimed the IOC Executive Board's "lack of confidence" in the development of the discipline and "visible misjudgement" of athletes in the sport was "shocking".

The FIS had proposed for women’s Nordic combined to join the long-standing men’s event at Milan Cortina 2026.

It was the second time the FIS had applied for the women's discipline’s inclusion after failing to secure a place at Beijing 2022.

But the IOC Executive Board announced yesterday that only the men’s competition would feature at the Games in four years’ time.

A lack of participation in the women’s category from outside of Europe was cited as the reason for the rejection after athletes from only 10 nations competed at last year’s Nordic World Ski Championships.

However, the decision by the IOC Executive Board has been met with anger from the FIS which claimed it had "worked tirelessly to establish the discipline" since it was first refused inclusion in 2018.

As well as featuring at the World Championships for the first time, women’s Nordic combined was on the programme at the Lausanne 2020 Winter Youth Olympics and was added to the World Cup circuit that same year.

"The decision not to include Women’s Nordic Combined is both surprising and disappointing," a statement from FIS read.

"FIS considered the discipline a strong candidate given that it would have brought full gender equality to the Olympic Winter Games programme and would have also added another World Cup tour for the venue legacy of the ski jumping hills and cross-country courses."

Ottesen said it was a "sad day" for Nordic combined and claimed to have "absolutely no understanding" of the IOC Executive Board’s decision to reject the application for a women’s competition.

"The development of the Nordic combined women in recent years has been more than impressive, so that the next logical step would have been their participation in the OWG [Olympic Winter Games]," said Ottesen.

"The Executive Board's lack of confidence in the further development of our discipline and the visible misjudgement of the achievements of our women is shocking.

"Especially since they are already part of the Olympic family through their participation in the Youth Olympic Games."

We at USA Nordic are heavily disappointed in the IOC’s decision to postpone the decision of adding Women’s Nordic Combined to the Winter Olympic Games, yet again.

We will continue to advocate and support Women’s Nordic Combined and push for gender equality. pic.twitter.com/GfplG9GH7g

Ottesen insisted that the FIS was "not giving up" and vowed to speak with National Federations to "create a concept to convince the IOC of the value and attractiveness of our discipline".

USA Nordic said it was "heavily disappointed" in the ruling but stressed that it would continue to support women’s Nordic combined and "push for gender equality".

Norway’s Gyda Westvold Hansen claimed last season’s overall women’s Nordic World Cup crown after winning seven of the eight stages, including six in succession, and is the first-ever world champion in the event.

"In the press conference, [the IOC] talk about it being the most equal Olympics of all time, and then still only the boys are allowed to participate in [Nordic] combined.

"I think that is bad.

"I do combined because that is what I love most in the world.

"But it is so important for the other nations and for so many others.

"I’m afraid it will affect how many others bother to [play the sport], who would rather find something else."

Norway’s Nordic combined national team manager Ivar Stuan added to VG: "There is a lack of respect for the girls and gender equality.

"We have documentation that combined is more widespread than many sports that are in the Olympics today."

Men’s Nordic combined - which has been on the programme since the first Winter Olympics in 1924 - is also in danger of losing its Olympic place.

Karl Stoss, chair of the IOC Olympic Programme Commission, said there would need to be a "significant positive development" in the participation and audience for Nordic combined to replace an Olympic sport for the 2030 Games.

Concerns centre around international representation after the 27 medals available in Nordic combined were won by only four countries at the past three editions of the Winter Olympics.

"FIS stand behind the development of Nordic Combined and is confident that one of the oldest and most dynamic and demanding sports on the Winter Olympic programme will continue to capture the hearts and imaginations and inspire the future generations," a statement from skiing's world governing body added.