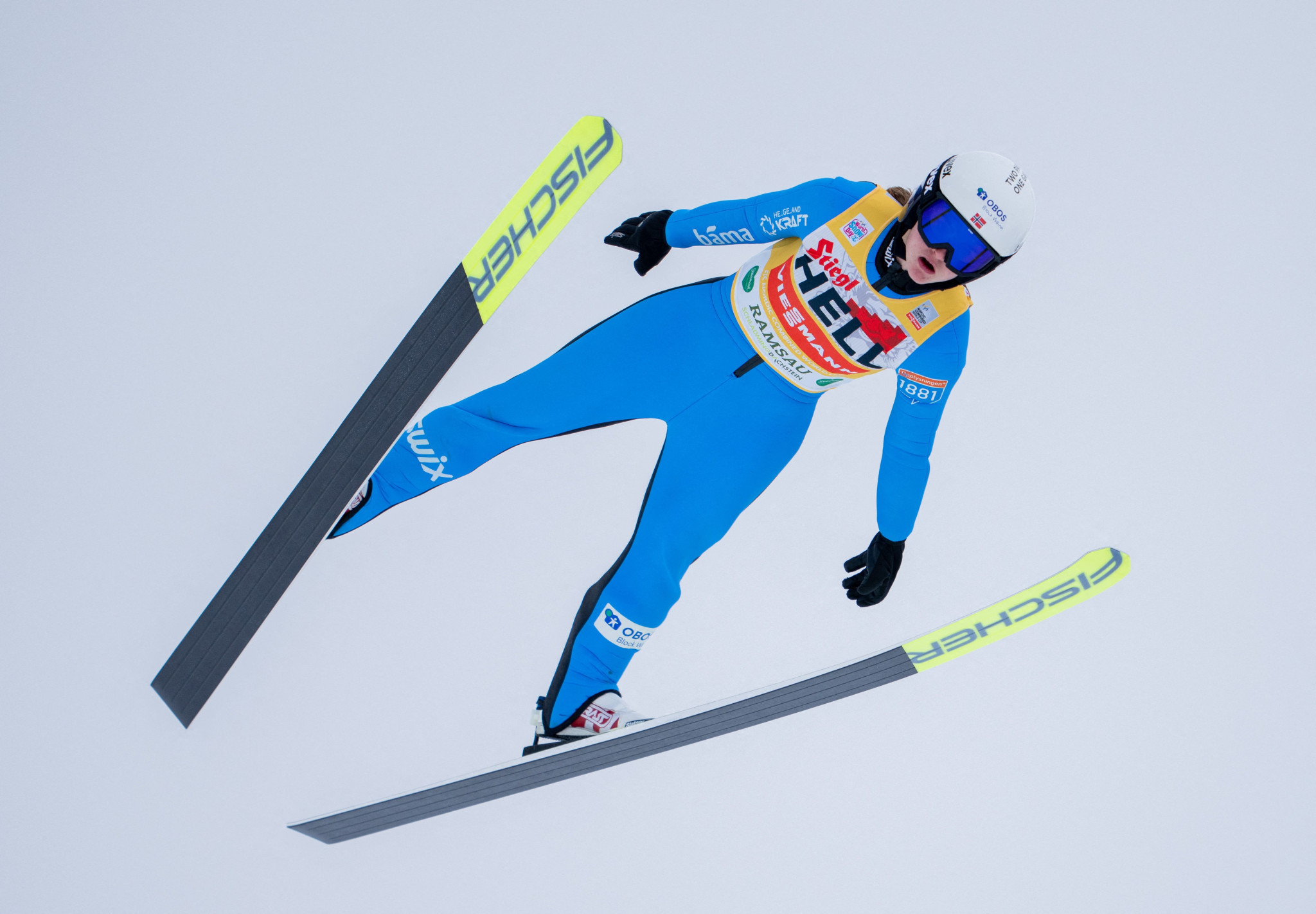 Nordic combined could be dropped from the Olympic programme due to concerns over the lack of participants from different countries.

Karl Stoss, chair of the International Olympic Committee (IOC) Olympic Programme Commission, said there would need to be a "significant positive development" in the participation and audience for Nordic combined to remain an Olympic sport for the 2030 Winter Olympics.

The men’s event is among the disciplines that has been approved by the IOC Executive Board for Milan Cortina 2026, but the women’s competition has been refused to entry.

The decision will be a blow to the International Ski Federation which admitted that the sport could lose its Olympic place if women were not added to the programme.

The IOC Executive Board said that it had discussed the "status and challenges" of Nordic combined - a sport that has featured at every Winter Olympics since the first edition in Chamonix in 1924.

Concerns centre around international representation after 27 medals available in Nordic combined were won by only four countries at the past three editions of the Winter Olympics.

Stoss admitted it was a "very concerning situation" for Nordic combined that comprises of ski jumping and cross-country racing.

"The decisive argument for keeping Nordic combined on the Olympic programme for Milan Cortina 2026 was the situation of the male athletes, for whom the Olympic Games are only three-and-a-half years away and who have already been preparing for these Games for many years," said Stoss.

"This is not applicable for the women’s category as they have had only one World Championship to date, with the participation of athletes from only 10 National Federations.

"The inclusion of Nordic combined in the Olympic Winter Games 2030 depends on a significant positive development, particularly with regard to participation and audience."

The IOC Executive Board has agreed to include eight new events, remove one and replace another for Milan Cortina 2026 which is set to be the most gender balanced Winter Olympics in history.

The decision comes after 23 new events were proposed with five out of the seven International Federations for Olympic winter sports putting forward a request for changes from the programme at Beijing 2022.

An additional athlete quota of 359 including 113 males and 246 females was also requested with the IOC settling on 2,900 - eight more than the number of athletes in the Chinese capital.

It means that female participation will increase to 47 pet cent with 50 women’s events - an increase of four compared to the last Winter Olympics.

Ski mountaineering is set to feature at the Games for the first time at Milan Cortina 2026 after being approved at the IOC Session in Tokyo last year.

The IOC Executive Board has now agreed that the athletes will compete in men’s sprint, women’s sprint and mixed relay.

Skeleton mixed team has been added to the programme for Milan Cortina 2026 along with women’s luge doubles.

A men’s doubles event is also due to be contested, replacing the open doubles that had featured in previous Games.

There are no changes to biathlon, curling, ice hockey and skating, while three new events have been added to skiing.

The IOC Executive Board has also decided to include men’s and women’s Alpine combined events only "provisionally" and said they would be "subject to further review."

A final decision on Alpine combined competitions is expected to be made "no later than April 2023", with the International Ski Federation given time to finalise its competition format proposal and collect feedback from its Athletes’ Commission.