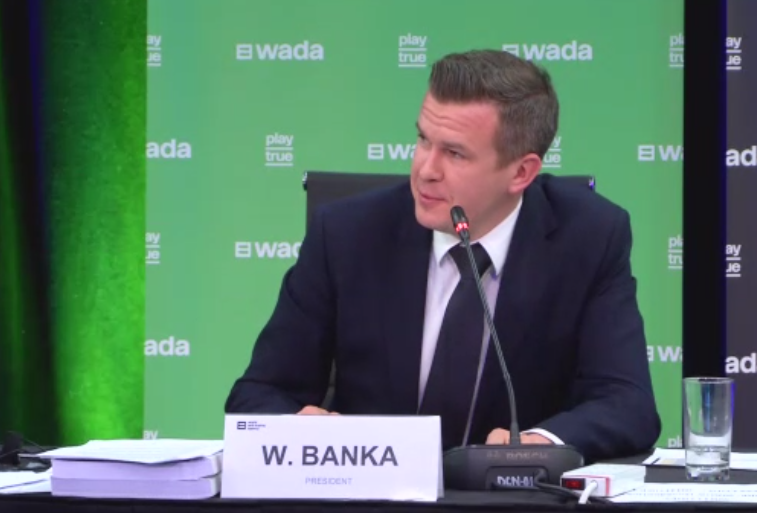 RUSADA is considered "non compliant" and will need to seek reinstatement in a process which is set to begin after December 17.

"The process will be robustly assessed, we are not naive," insisted Bańka at the WADA Foundation meeting in Montreal.

"We will need to verify each and every one of the reinstatement conditions, verifying is not simply accepting anyone’s word for it.

"We know trust in Russia and its anti-doping system is extremely low, and of course there is a reason for it when you look at the past, I think that we can say that they committed the most awful crime in sport.

"Therefore we will not take documents at face value and conduct any necessary follow up."

Although RUSADA has paid costs relating to the investigations, arbitration and fines, they will have to cover the cost of monitoring during the period of sanctions described by WADA lawyers as "consequences."

These restricted the right to bid and hold events, Russian Government representatives sitting on signatory boards and attending major events and the neutral participation of Russian athletes.

"The consequences that were imposed in the final award were not the consequences sought by WADA, they were curtailed and reduced by the Court of Arbitration for Sport (CAS)" WADA legal counsel Ross Wenzel said.

WADA had asked for a period of four years but CAS halved the sanctions to two years.

"We can kick and scream all we want but it won’t change the fact that WADA and others are bound by the CAS award, it is a binding award and we have to respect it," Wenzel pointed out.

"It is particularly disappointing that those consequences were reduced in circumstances where the finding of the CAS panel on the merits as the the violation accepted WADA’s position and referred to brazen manipulation of data and misdeeds to cover up the misdeeds of the past," he admitted.

Wenzel highlighted that the analysis of material taken from the Moscow Laboratory in 2019 as part of Operation LIMS had resulted in the successful prosecution of 166 cases with more to follow.

Wenzel said that WADA "continued to monitor the implementation of the consequences."

These are set to expire on December 17 when RUSADA can apply for reinstatement.

Wenzel said that the process will require agreement by WADA management that the agency has complied with any stipulations.

The case will then be set before WADA’s Compliance Review Committee.

RUSADA will then face close scrutiny which could include interviews of key personnel, site visits or even an in person audit.

A virtual audit had been carried out in September but this revealed "non-conformities," Wenzel added.

Australian Sports Minister Anika Wells insisted there were "concerns" about the reinstatement of RUSADA.

"It is imperative that the reinstatement is very carefully managed and very carefully communicated by WADA," Wells said as she called for a detailed report.

"In particular we are concerned about a virtual audit not being sufficient for us to have confidence in the process," she added.