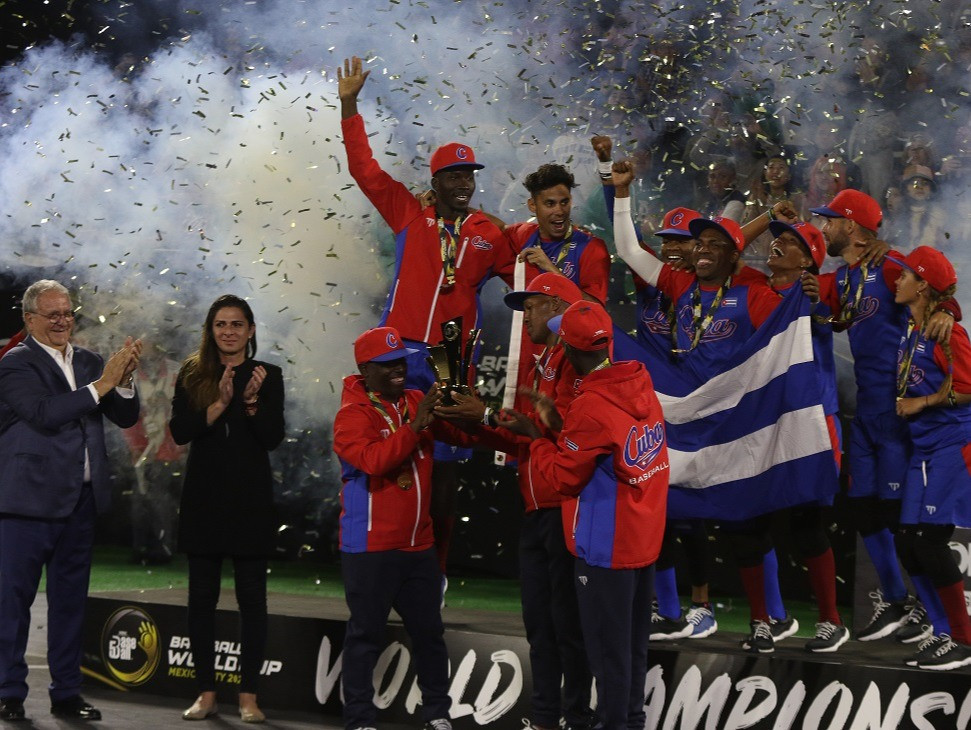 Cuba trumped the competition at the inaugural World Baseball Softball Confederation (WBSC) Baseball5 World Cup after they defeated Japan 2-0 in the final in Mexico City.

A buoyant crowd came out for the dazzling final in El Zocalo with the first major event for one of the WBSC's newest disciplines.

Cuba came into the tournament as hot favourites and they had shown why, winning all eight matches - including a 2-0 triumph against Japan in the opening round with set scores of 2-0 and 5-2, in the build-up to the final.

The tone of the match could be sensed straight away as Japan’s Shima Takuya hit short of the foul line from the first play of the game.

Cuba responded by taking a 3-0 lead in the first innings, and their opponents could not convert at the crucial moments.

Nunez Roivelis, Amador and Arcia Lietis combined to increase the first set score to 6-0, before Orlando joined Molina Briandy in adding to the advantage further.

??Cuba?✨?✨?✨?✨!!!!!
Congratulations on winning the World Championship of the inaugural Baseball5 World Cup!!!

Takuya eventually got Japan on the scoresheet, although Briandy ensured the eight-point lead was restored, as Cuba took the set 9-1.

Briandy was named the men's Most Valuable Player while Japan's Rokkaku Ayako won the women’s award as well as being recognised as the Best Coach.

Baseball5 is set to feature at the Dakar 2026 Youth Olympic Games, in addition to other multi-sport events including next year's African Beach Games and Asian Indoor and Martial Arts Games.