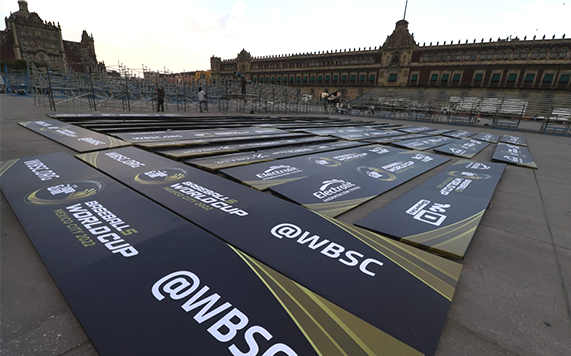 One of the World Baseball Softball Confederation's (WBSC) newest disciplines is ready to take over Mexico City's main square in what is planned to be a coming-out party for Baseball5.

An Opening Ceremony is due to take place first at the Zócalo.

Twelve nations are contesting the World Cup, with 50 games scheduled and the action due to reach its climax on November 13.

Any playing surface can be used, hitting is done by hand and teams are of mixed gender.

It is due to be played at the Dakar 2026 Youth Olympic Games, as well as other multi-sport events including next year's African Beach Games and Asian Indoor and Martial Arts Games.

The WBSC is streaming the event for free on its GameTime platform and YouTube channel.

It is promised that fans in China can watch on Weibo.