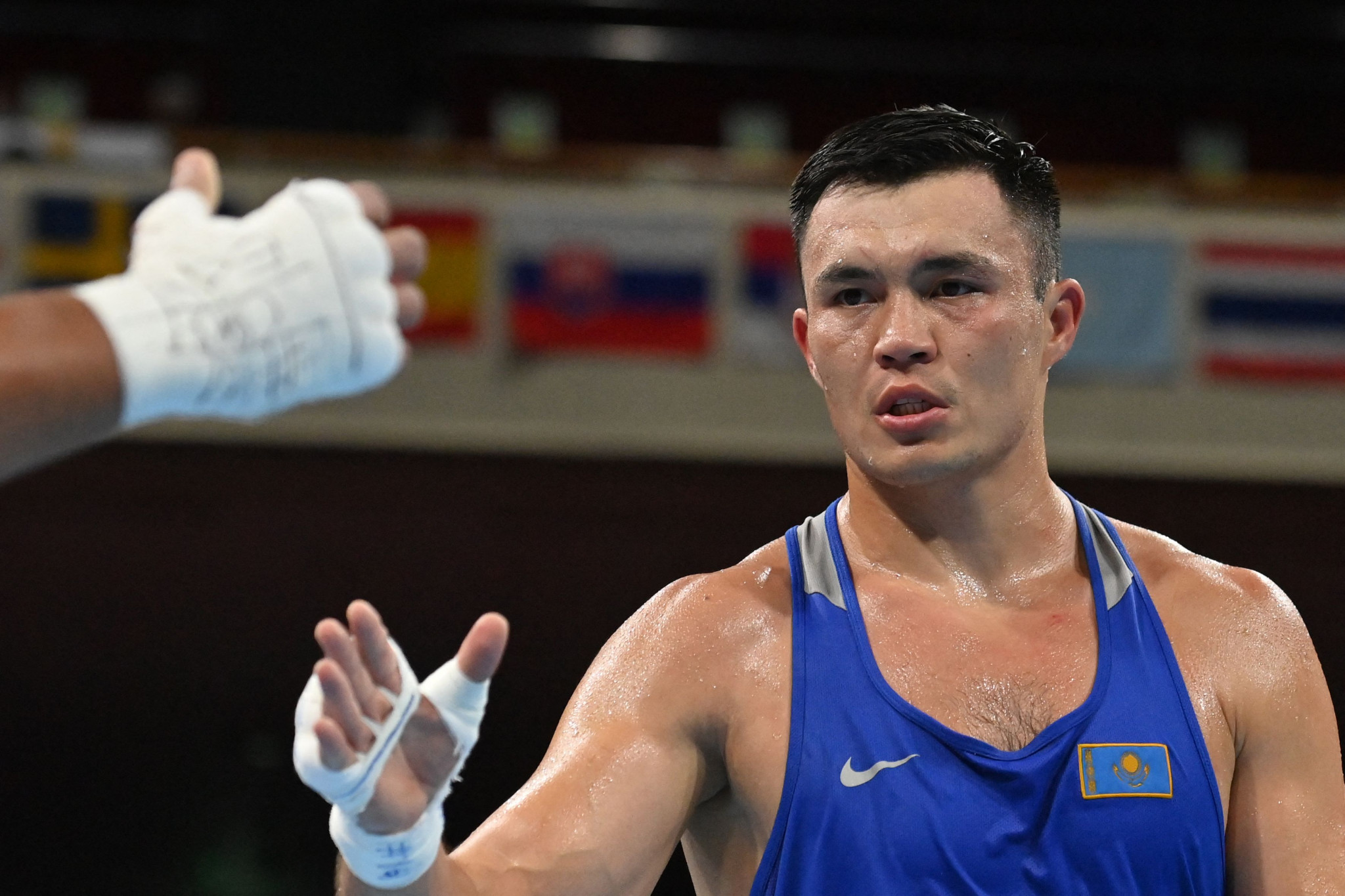 Kazakhstan's athletes enjoyed success in the men's semi-finals at the Asian Boxing Championships in Amman.

He is set to face Japan's Kazuma Aratake in the final, after he overcame Pakistan's Zohaib Rasheed.

Carlo Paalam of the Philippines is set to be his opponent in the final after his win against Kyrgyzstan's Sanzhai Seidakmatov.

Another finalist from Kazakhstan is Dulat Bekbauov in the welterweight category, his victory against Uzbekistan's Asadkhudja Muydinkhudjayev setting up a gold-medal bout against Thailand's Bunjong Sinsiri.

Nurkanat Raiys of Kazakhstan clinched his place in the middleweight final at the expense of Iran's Seyed Shahin Mousavi, while Uzbekistan's Saidjamshid Jafarov won the other semi-final against India's Sumit Kundu.

Uzbekistan's Lazizbek Mullojonov won the other semi-final against Narender Berwal of India.

Saken Bibossynov added his name to the list of Kazakhstan's finalists with a flyweight semi-final win against Japan's Tomoya Tsuboi, and he is set to face Uzbekistan's Hasanboy Dusmatov in the decider.

In the light-welterweight division, Shiva Thapa of India is set to face Ruslan Abdullayev of Uzbekistan in the final after their wins against Tajikistan's Bakhodur Usmonov and Chinese Taipei's Lai Chu En respectively.

Women's finals are due to take place tomorrow in Amman, followed by the men's finals on Saturday (November 12).