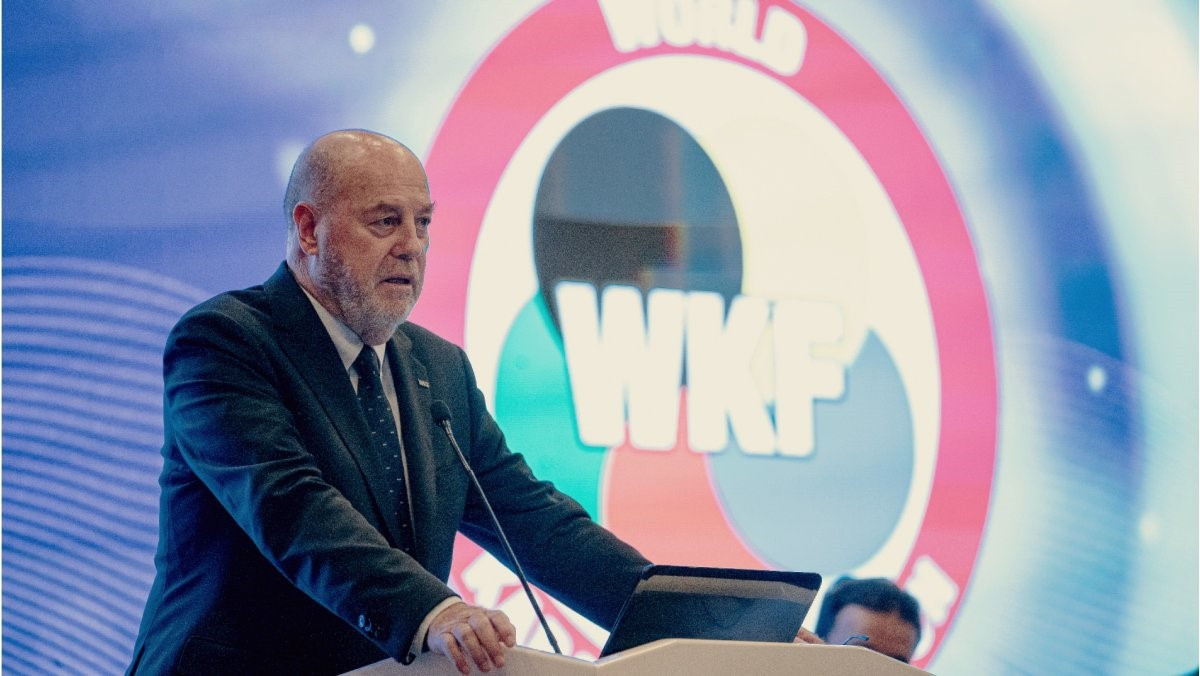 Antonio Espinós has been re-elected as President of the World Karate Federation (WKF) for a further six years, meaning the Spaniard is on course to lead the governing body for 30 years.

Espinós was first elected to the post in 1998 and after being re-elected unopposed at the WKF Congress in Konya, Turkey, today, he is on course to lead the governing body until at least 2028.

Speaking following his re-election Espinós said: "Over the last years, we have taken karate to unimaginable heights.

"Now it is time to continue working tirelessly to elevate karate even more so to make our sport one of the most popular and beloved disciplines in the world."

Out of 99 representatives eligible to vote, 94 voted to approve Espinós re-election in a secret ballot.

"It is an honour to have received such strong support from the WKF Congress to continue heading the organisation for six more years," he added.

"The past 24 years have been a privilege and it makes me extremely proud to see how far we have come.

"We have revolutionised our sport; we have accomplished tremendous achievements with unity, harmony, and respect for our traditions.

"I am ready to continue devoting my commitment to the progress of karate.

"As long as I have the support from the National Federations and the Executive Committee, I will have the energy and the strength to keep on working for karate."

Among the highlights of Espinós tenure so far, was the inclusion of karate at the Tokyo 2020 Olympics.

The sport has been left off the programme for Paris 2024, a decision criticised by Espinós, who responded to the decision by saying the process of selecting new sports for the next Summer Olympics was "the most opaque I have ever seen."

"We have many successes to celebrate but we have many more milestones still to accomplish.

"By continuing to work together as one united family we can perpetuate karate’s legacy and its status as the live-changing discipline that it is now."

Espinós competed in karate at national level and served as President of the Spanish Karate Federation from 1984 to 1996.

He has also been head of the European Karate Federation since 1997.