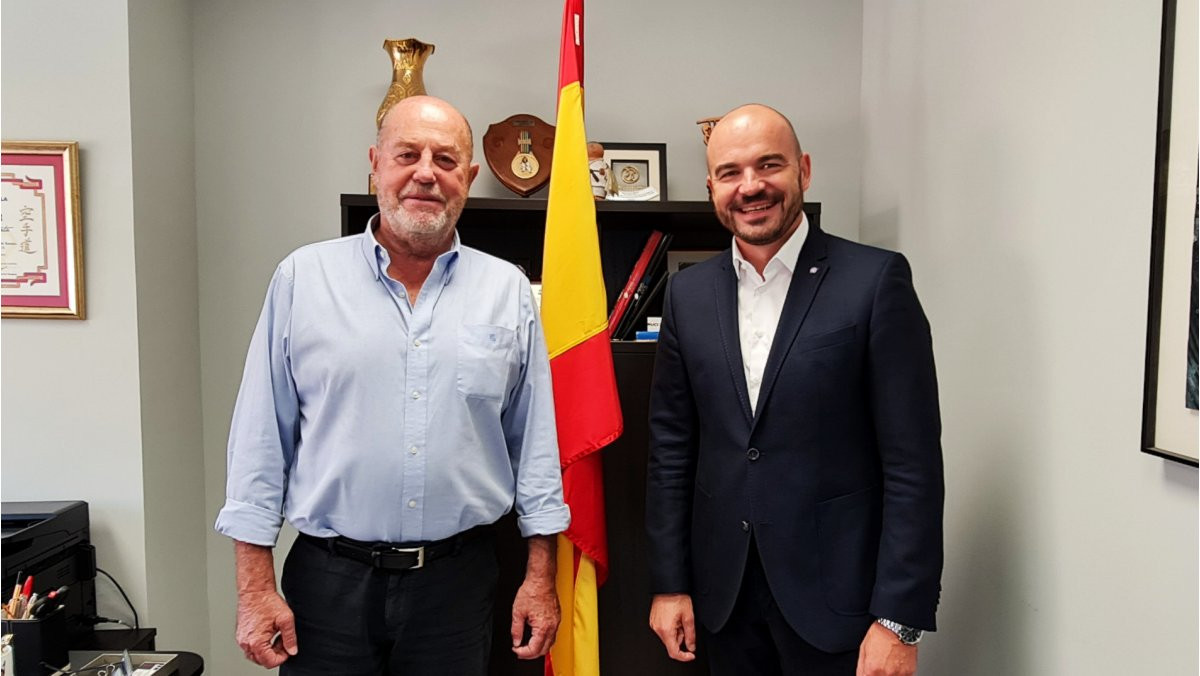 The pair met at the WKF headquarters in the Spanish capital of Madrid as the karate season reaches its latter stages with the upcoming World Cadet, Junior and Under-21 Championships in Konya in Turkey on the horizon.

The preparation of the event in Konya, where the WKF Extraordinary Congress will be held, and the competition calendar of the EKF for 2023 were among the main topics on the agenda.

"It was a great pleasure to welcome Mr Cipek to our headquarters to discuss how rapidly the sport is developing in Europe," said Espinós.

"We are continuing to work closely to help our sport achieve its ambitious and strong plans.

"At the meeting, we were able to discuss ways to make sure that the progress of Karate, not only in Europe but around the world, will continue its steady path for many years to come."

The Konya event is scheduled to take place from October 26 to 30.

Following that, a stop in the Karate 1-Series A in Jakarta is set to run from November 18 to 20 before the Asian Karate Federation Senior, Cadet, Junior and Under-21 Championships in the Uzbek capital of Tashkent highlight the December action from the 16th to 20th.