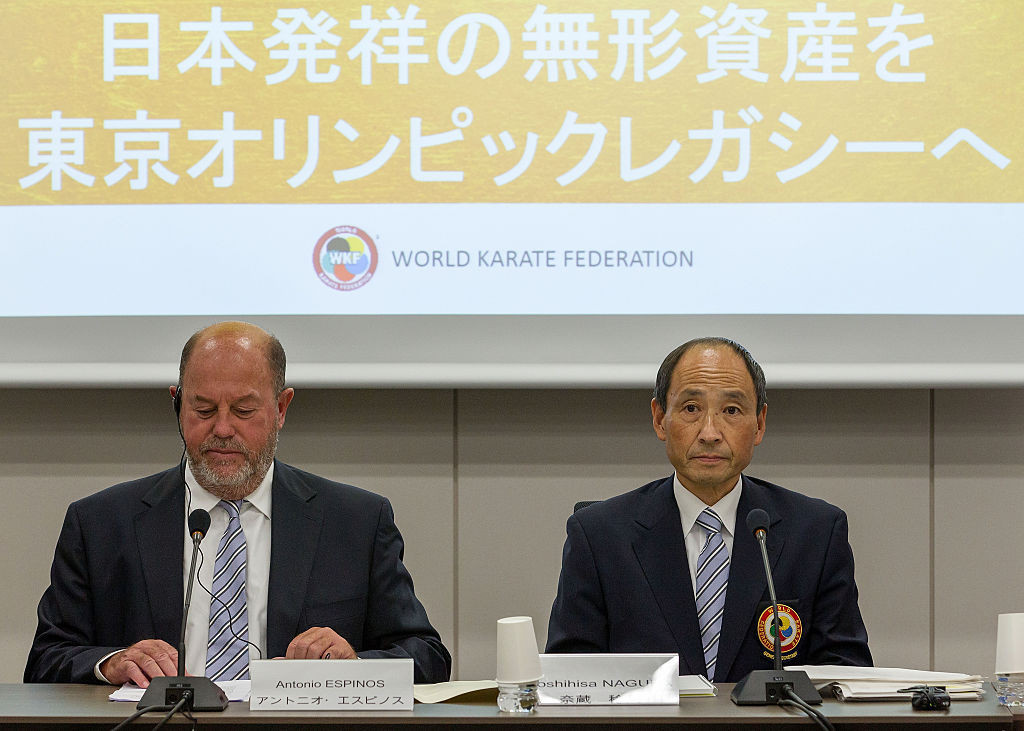 World Karate Federation (WKF) President Antonio Espinós has criticised the International Olympic Committee (IOC), its President Thomas Bach and Paris 2024 head Tony Estanguet, claiming the process to select new sports for the Games is "the most opaque I have ever seen".

Espinós accused Estanguet of talking "nonsense" when trying to spell out the reasons behind the "exclusion" of karate from the Paris 2024 programme - a decision the WKF chief claims the organisation has never received an explanation for.

The Spaniard also took aim at the IOC and Bach for what he feels is a failure to revolutionise the Olympic programme and questioned the manner in which additional sports are chosen to feature at the Games.

Karate made its long-awaited Olympic debut at Tokyo 2020 but will not be part of Paris 2024.

Espinós believes the WKF’s case for inclusion is boosted by an independent report it commissioned into karate’s popularity in France compared with the three other additional sports at the Games in the Japanese capital that have been included at Paris 2024 - surfing, skateboarding and sport climbing.

According to the data, which featured statistics on broadcast figures, fan potential and media coverage, karate had the highest audience for a single broadcast out of the four sports at Tokyo 2020 as nearly four million people in France watched Steven Da Costa win the gold medal in the under-67 kilograms kumite category.

"What has happened is not that karate has not been included - it has been excluded, which is not the same - on purpose," Espinós told insidethegames.

"Why? Someone should explain this to us.

"Almost three years have passed, and nobody has been able to explain why karate has been excluded by the Organising Committee, by Estanguet.

"I don't know if he had some instructions from somebody or from the IOC, to say karate that should not be in Paris, when karate is so strong in France.

"With the report, it is a new confirmation that we were not saying any nonsense - the one who was saying stupidities was Estanguet."

The WKF has not given up hope on inclusion at Paris 2024 - and hopes to be a permanent Olympic sport in the future - but the IOC and French organisers have said the programme for the Games is set in stone and no new sports will be added.

"Recently the IOC President said the karate decision was final, taken by the IOC and that it was a transparent process," Espinos added.

"I was really shocked to hear the IOC President's comment because it is the most opaque process that I have ever seen.

"Maybe I thought first how can the IOC President say this?

"Maybe he was not informed about what happened?

"But knowing Mr Bach, I think he was very well informed, so how can he say it was transparent?

"I would like him to explain to me what he understands a transparent process to be, because it was not at all.

"At the end, nobody knows.

"It is a very well-kept secret what are the considerations from the IOC when deciding the Olympic programme but it should be open and transparent."