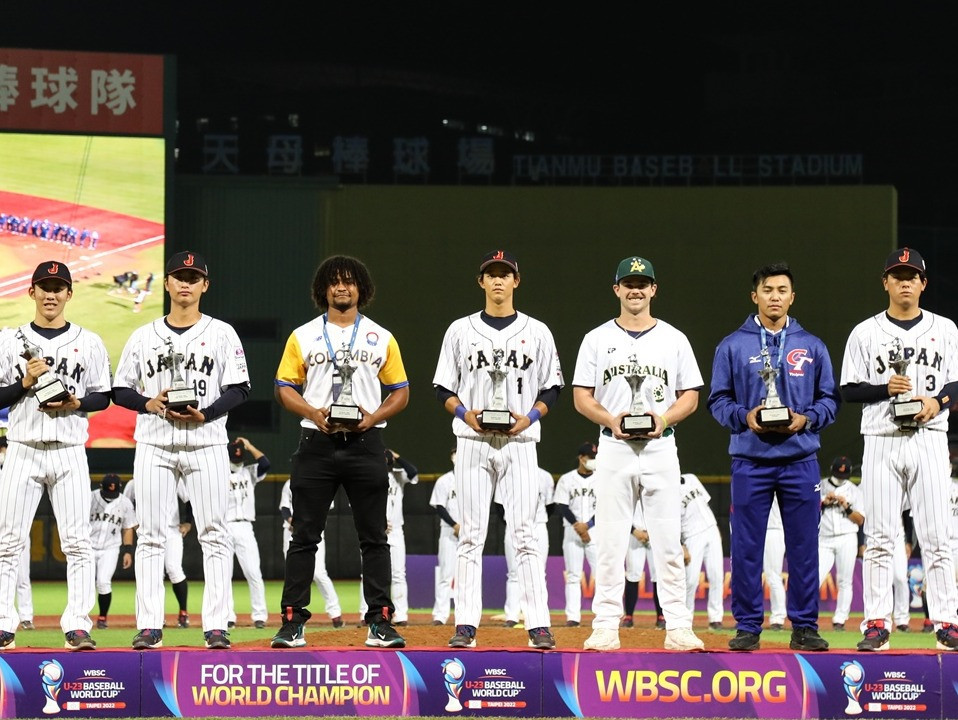 Ryusei Gonda of Japan has been awarded the title of MVP of the U-23 Baseball World Cup after helping his country beat South Korea in the final at the Taipei Tianmu Baseball Stadium.

Gonda featured in seven games, including the final and earned five saves.

In his seven innings, he struck out five and allowed only one run on two hits.

"Today we played the final. We all know what we are supposed to do in a game like this," Gonda said after the final.

"Throughout the tournament, I look at it as if we went successfully through different challenges as it went by.

"But my teammates and I all believe that the most important thing is to do our job, and we go from there."

?CONGRATULATIONS ?to ?? Ryusei Gonda on being named MVP of the IV U-23 Baseball World Cup 2022!#23WorldCup pic.twitter.com/Z9FmohAOdW

Ren Tomida of Japan was the top starting pitcher while the best relief pitcher award went to compatriot Gonda.

The rest of the All-World team features Venezuelan Jesus Chirinos as the first baseman, Colombian Carlos Arroyo as the second baseman and Christian Rodriguez of Cuba as the shortstop.