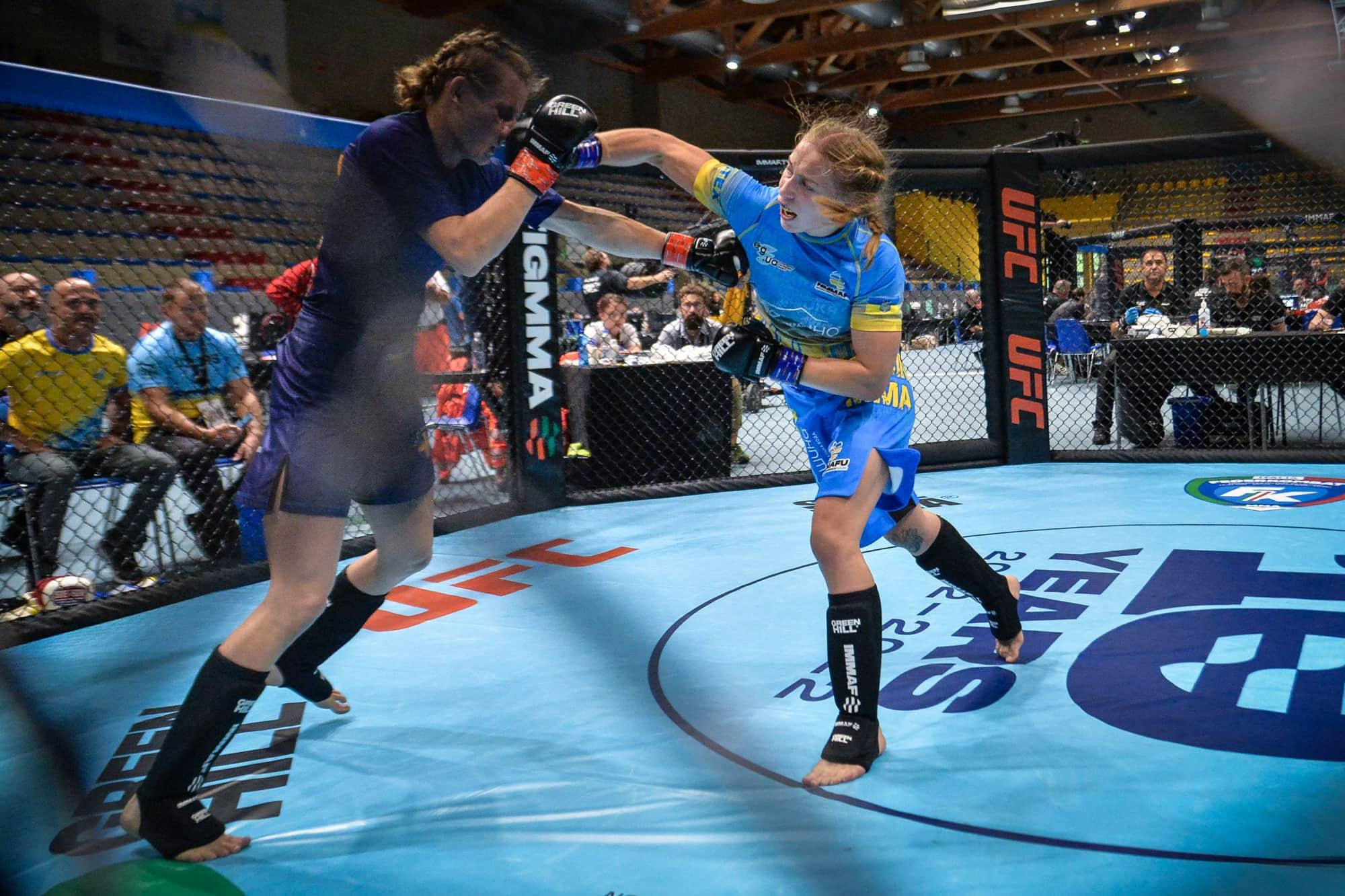 She earned a place in the women's flyweight final at the Bella Italia Efa Village after overcoming Sinéadh Ní Nualláin of Ireland and Sweden's Hanna Palmquist with technical knockout victories in both.

Pankiv felt Nualláin got her just deserts for her behaviour.

"I didn't like how my opponent handled herself before and during our match," said Pankiv.

"She didn't want to shake hands and kept grabbing my shorts.

She is now set to face Mathilde Aschenbrenner in the final as the Frenchwoman defeated Poland's Paulina Wisniewska and Ksenija Grabova of Estonia in her previous bouts.

Zimmo with the Hammer Fists ??

??????? @EnglishMMAA's Lisa Zimmo gets the TKO win to set up an all-English Lightweight final at the #2022MMAEuros! pic.twitter.com/NfcxMlHfDp

"I know what I have to do," Pankiv added.

"I'm always in the gym training with my team."

In the women's lightweight final, an all-England battle awaits.

Millie-Rae Vardy is due to take on Lisa Zimmo after they secured respective final four wins against Sweden's Yrsa Sandin and Margarita Russo of Italy.

Another Ukrainian is on the verge of gold as Artem Hashenko will face Italian Sergio Leveque in the men's super heavyweight final.

Hashenko beat Damian Visenjak after just 1min 35sec by technical knockout while Leveque received a bye straight to the decider as a result of being the favourite.

Frenchman Nell Ariano eliminated Hashenko's compatriot Oleksandr Horodniuk by technical knockout in the men's heavyweight division to set up a final with Miha Frlic of Slovenia following his win against Germany's Tom Hoelemann.

The action is set to continue tomorrow with bouts condensed into one cage instead of three as 16 gold medal matches are scheduled to take place.