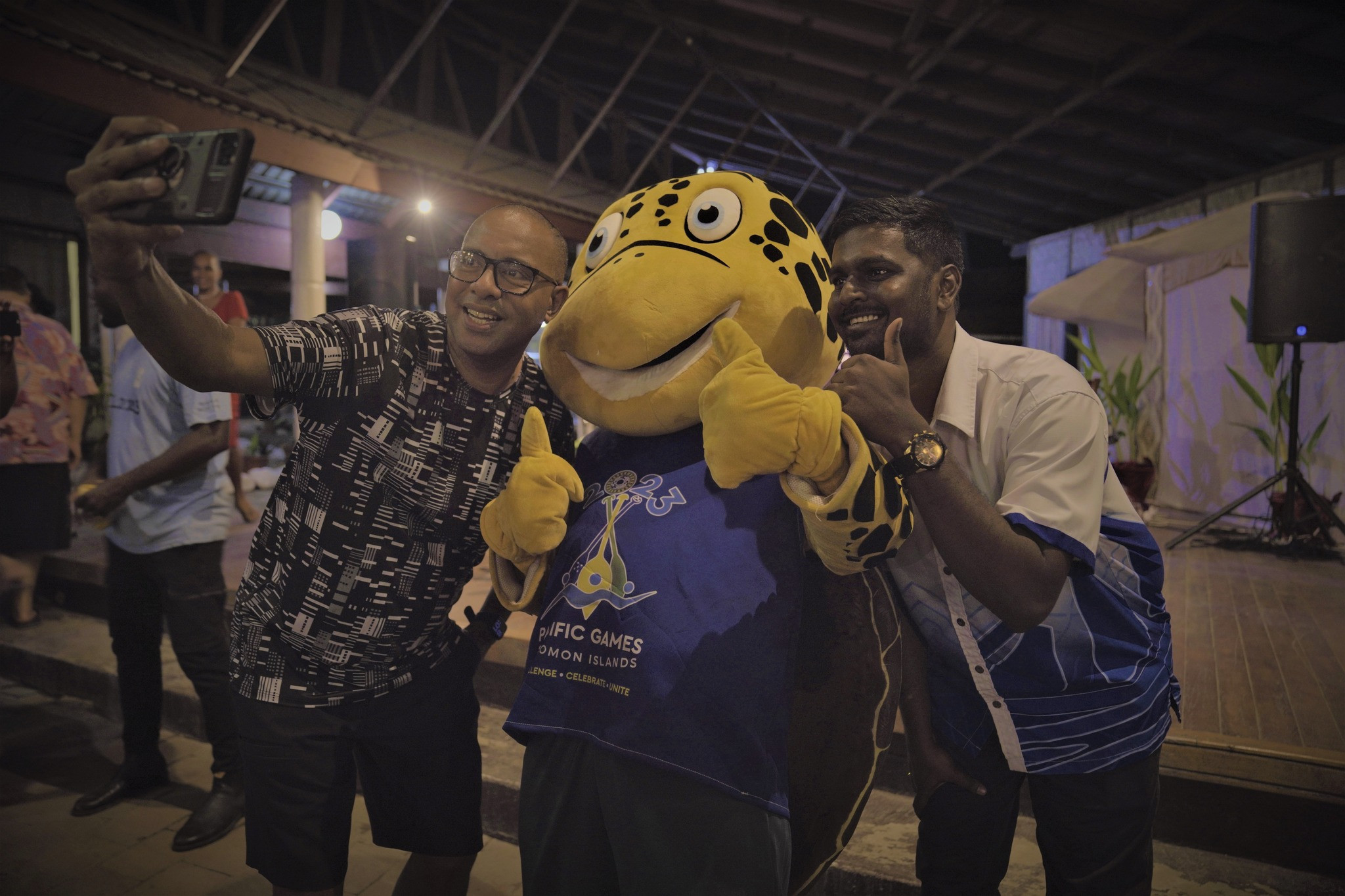 The mascot of the Solomon Islands 2023 Pacific Games, Solo, was met by media delegates from across the region in Honiara.

The nation's capital welcomed delegates to the Pacific Media Summit dinner and cocktail event at the Honiara Hotel.

The sea turtle mascot was the subject of the toast on the night which was sponsored and co-hosted by the Games Organising Committee and the Media Association of the Solomon Islands.

Organisers aimed for the event to act as a meet and greet networking programme for media and Games officials.

An update on preparations for Solomon Islands 2023 was also given. 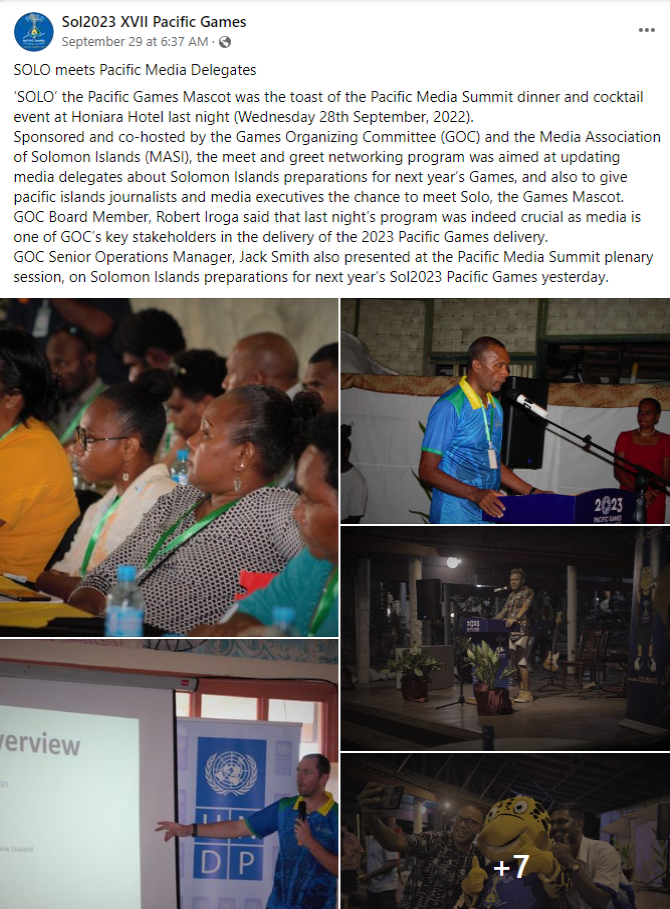 Organising Committee member Robert Iroga commented that the evening was a crucial one as he labelled the media as one of the key stakeholders in the delivery of the Games.

Solo was unveiled as the event's mascot in May, although was only named in August.

Sea turtles are endemic to the Solomon Islands and Solo also incorporates the country's four national colours of green, blue, yellow and white.

Honiara, capital of the Solomon Islands, is due to stage the Pacific Games between November 19 and December 2 in 2023, following a four-month delay blamed on COVID-19.

A programme of 23 sports, including three rugby codes, is set to be contested.