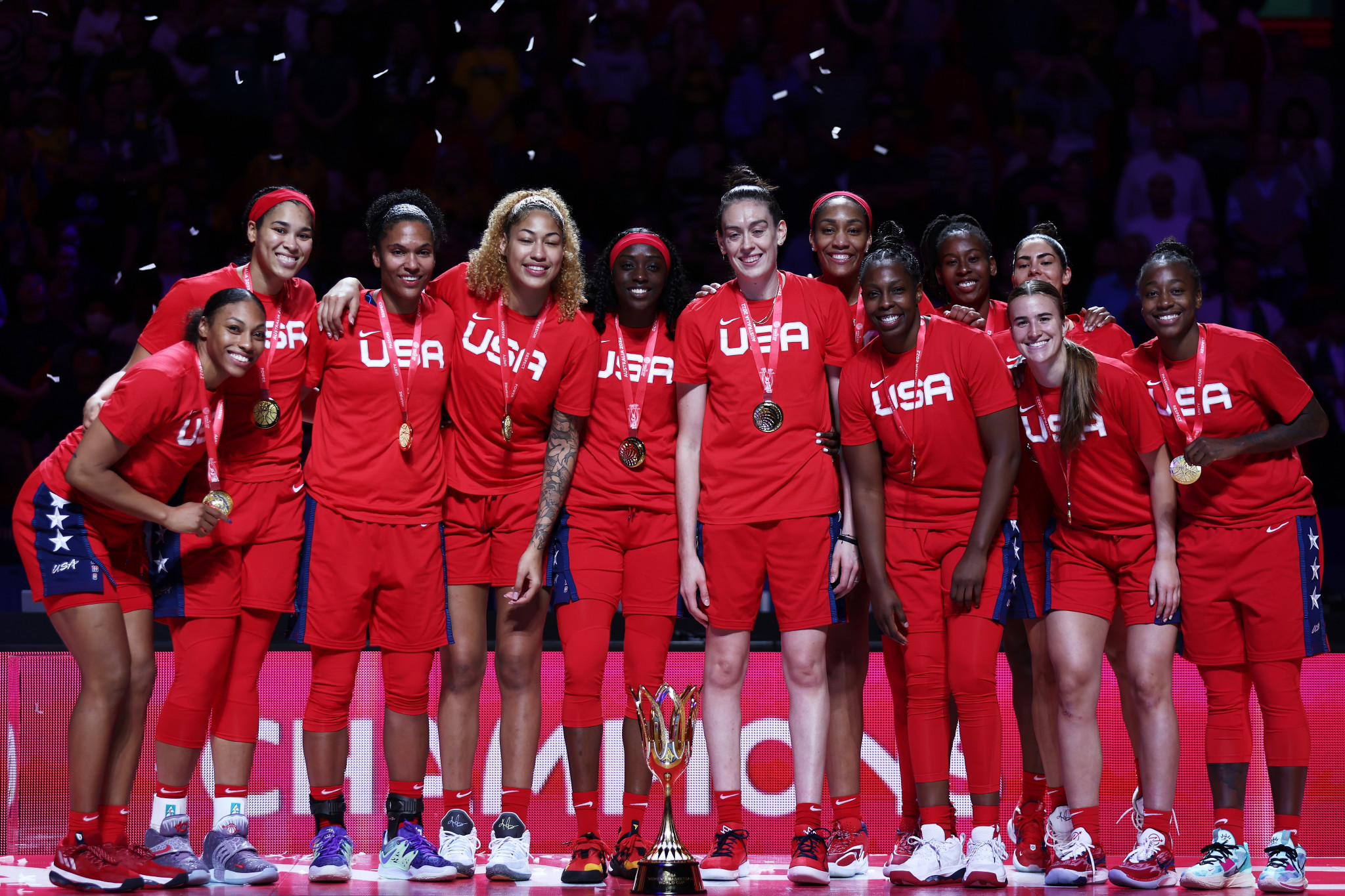 In doing so, the Americans bagged their fourth title in a row and 11th in total and have also sealed a spot at the Paris 2024 Olympic Games.

It was a balanced game until the second quarter, when the US turned on the heat.

Thanks to a rare four points from Kelsey Plum, the United States managed to get a 10-point lead at 43-33, going into the break.

A'Ja Wilson and Chelsea Gray were the star performers for the US.

Wilson contributed 19 points and five rebounds while compatriot Gray got 10 points and an impressive eight assists.

"According to my TISSOT watch, we're gold medallists," A'Ja Wilson said after the game.

"It's been a crazy couple of weeks but I am blessed to be in this situation.

"I came here with a goal and that was to get gold."

For the Chinese, Yueru Li was the standout performer, with 19 points and 12 rebounds, only to finish on the losing end.

Despite losing the final, there was plenty of positives for China, who bagged their first silver medals since 1994 - the last time Australia hosted the event.

Despite losing their star player in Meng Li to illness, the Chinese were impressive against a dominant US side and the champion’s head coach Cheryl Reeve acknowledged that after the game.

"China is a very good basketball team and I feel bad for them that Li Meng was not able to play, Reeve said.

"I have watched them grow up and I am happy they got the silver.

"We were really determined and defensively today we had 40 deflections.

"We had some great moments in the game and obviously A'Ja Wilson was spectacular."