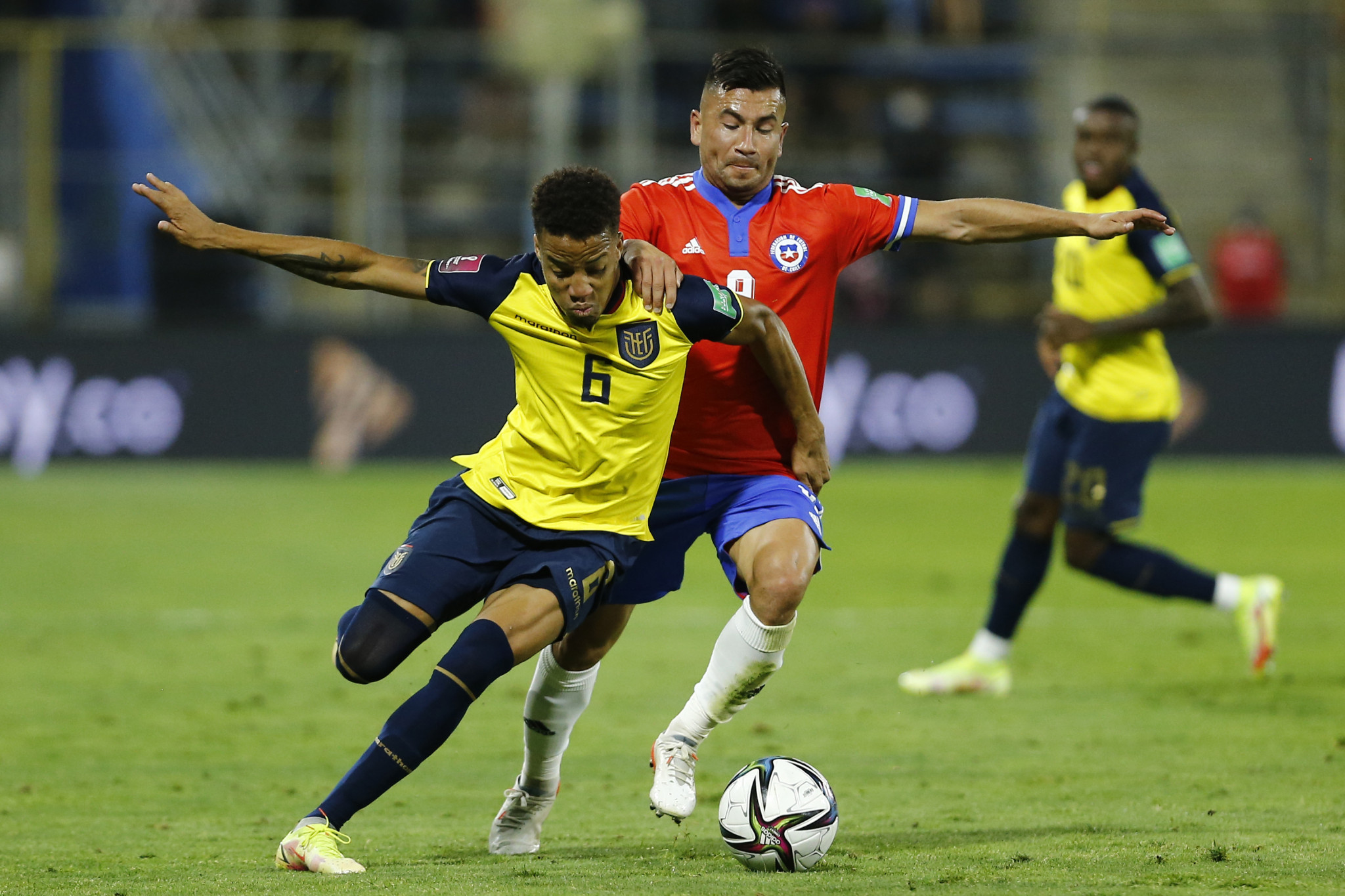 The Court of Arbitration for Sport (CAS) has registered appeals from Chile and Peru, who are seeking the expulsion of Ecuador from the Qatar 2022 FIFA World Cup due to the disputed eligibility of Byron Castillo.

Earlier this month, FIFA's Appeals Committee dismissed the cases of both Member Associations, who have in turn taken their challenge to the Lausanne-based Court.

Ecuador are due to play hosts Qatar in the opening match of the World Cup on November 20 after finishing fourth in South American Football Confederation (CONMEBOL) qualifying.

Chile finished seventh in qualifying, but the Chilean Football Association (FFCH) has cited a mathematical quirk in which it would rise to fourth if Ecuador are forced to forfeit the eight matches in which Castillo played.

Its appeal is directed against the Ecuadorian Football Association (FEF), FIFA and Castillo.

Peru finished fifth but lost to Australia in an inter-confederation playoff.

However, the Peruvian Football Federation (FPF) argues that Ecuador should be removed from the tournament and its national team take the vacant place as the next best ranked side from CONMEBOL qualification.

The FPF's case is directed against the FEF and FIFA.

Chile and Peru have asked the CAS to reach a decision by November 10, just 10 days prior to the start of the World Cup.

The CAS confirmed that "arbitrations have commenced and are at an early stage", with a procedural calendar being prepared.

Chile has been challenging the validity of Ecuador's place at the World Cup since May, claiming that Castillo was actually born in Colombia, is three years older than Ecuadorian officials say and was ineligible to play for the country.

The FFCH has also claimed it has a signed declaration from Castillo saying his first club in Ecuador registered the player using falsified documents.

However, FIFA's Disciplinary Committee rejected its case in June, a decision upheld by the Appeals Committee.

Castillo had previously faced doubt over his permission to play for Ecuador, with suggestions he is in fact Colombian preventing the player from making a full international debut until September 2 last year.

The right-back had played for Ecuadorian national youth teams, but a senior international bow was put on ice until the end of an investigation into his origin.

Ecuador first qualified for the World Cup in 2002, with this set to be their fourth appearance having also reached the 2006 and 2014 editions.

As well as Qatar, they are also due to play The Netherlands and African champions Senegal in Group A.