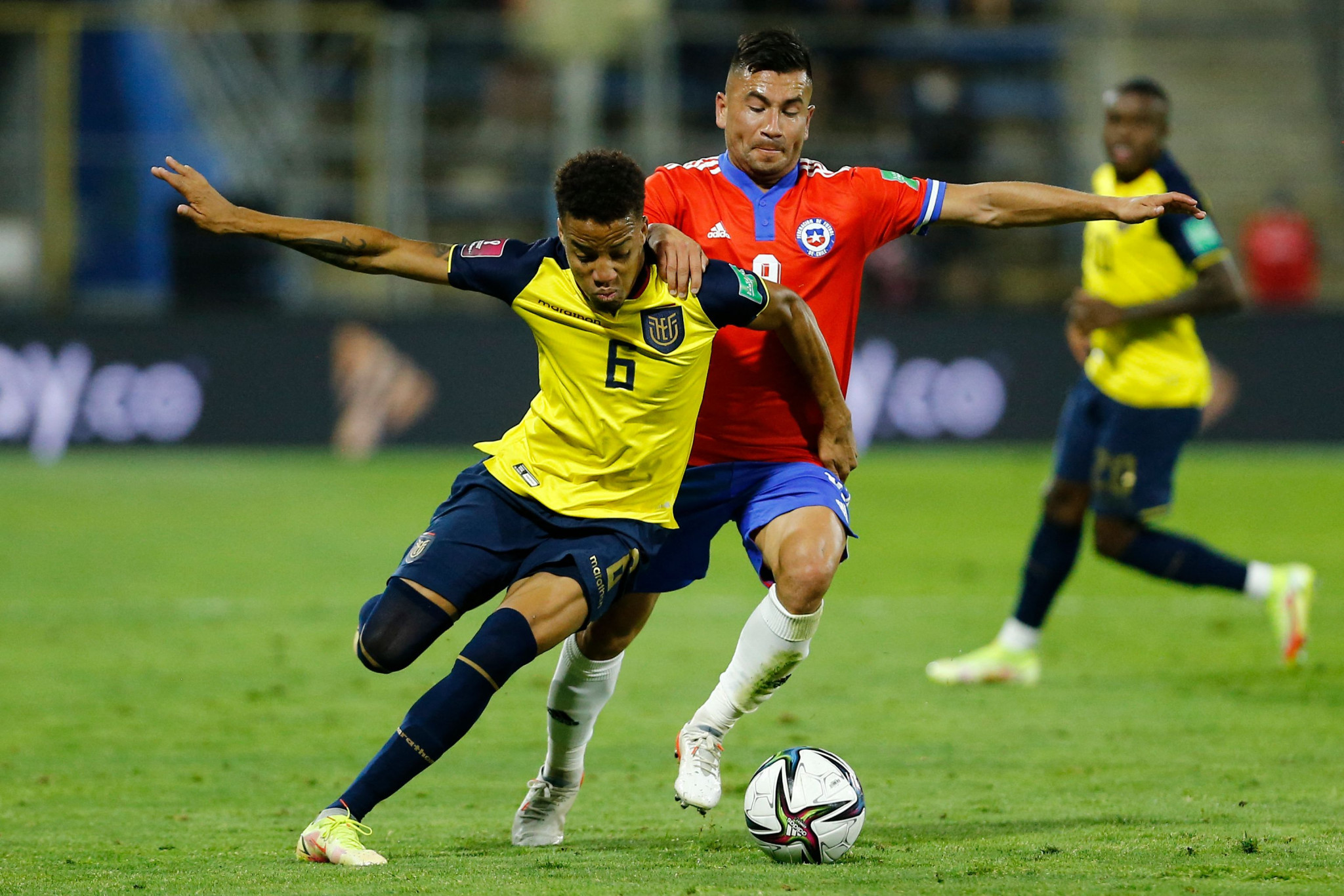 Ecuador's place at the FIFA World Cup in Qatar is in jeopardy after new evidence emerged against defender Byron Castillo, who is accused of never holding citizenship of the South American country.

The right back made eight appearances in the country's qualifying campaign but evidence is being compiled against Castillo following claims that he was ineligible for selection.

Questions surrounding Castillo's true nationality were raised by the Chilean Football Association, whose team did not progress to the World Cup.

FIFA dismissed the initial complaint but the case is now in the hands of the body's Appeals Commission, chaired by American lawyer Neil Eggleston, and it is due to make a ruling later this month.

Documents presented by Chile appear to demonstrate that Castillo was born in Tumaco, Colombia - and there are two birth certificates with differing names - one from Colombia, Bayron Javier Castillo Segura, and another from Ecuador, Byron David Castillo Segura.

The Colombian certificate states that Castillo was born on July 25 1995 while the Ecuadorian one has his date of birth as November 10 1998.

"FIFA are doing everything they can to delay the case as they know the player is Colombian," said a source close to the case, as reported by Sportsmail.

"There's an epidemic of players with false documents in Ecuador, but FIFA are doing nothing about it."

Questions over Castillo's identity are long-standing and first emerged in 2015 when his proposed transfer between Norte América and Club Emelec collapsed due to "irregularities" in his documentation.

In 2018, Norte América were suspended by the Ecuador Football Federation after being found guilty of sponsoring and benefitting from players' falsified documents.

Later that year a report from the General Director of the Civil Register in Ecuador declared that Castillo's Ecuadorian birth certificate did not exist in its internal records, and concluded it was false.

Previously, FIFA sanctioned Bolivia in 2016 for fielding an ineligible player, Nelson Cabrera, in 2018 World Cup qualifiers against Peru and Chile - who were subsequently awarded 3-0 wins.

Ecuador won 14 of their 26 points in qualification matches where Castillo played - if they were to be stripped of those results, they would finish second-bottom of the qualification group.

If Chile had been awarded 3-0 wins for both, as was the case with Bolivia back in 2016, that would have elevated them to 24 points - level on points with fifth-placed Peru but above them and into the final World Cup spot by virtue of a superior goal difference.

Ecuador are scheduled to play Qatar in the World Cup opener on November 20 which was brought forward to ensure the hosts were featuring in the tournament's first match.