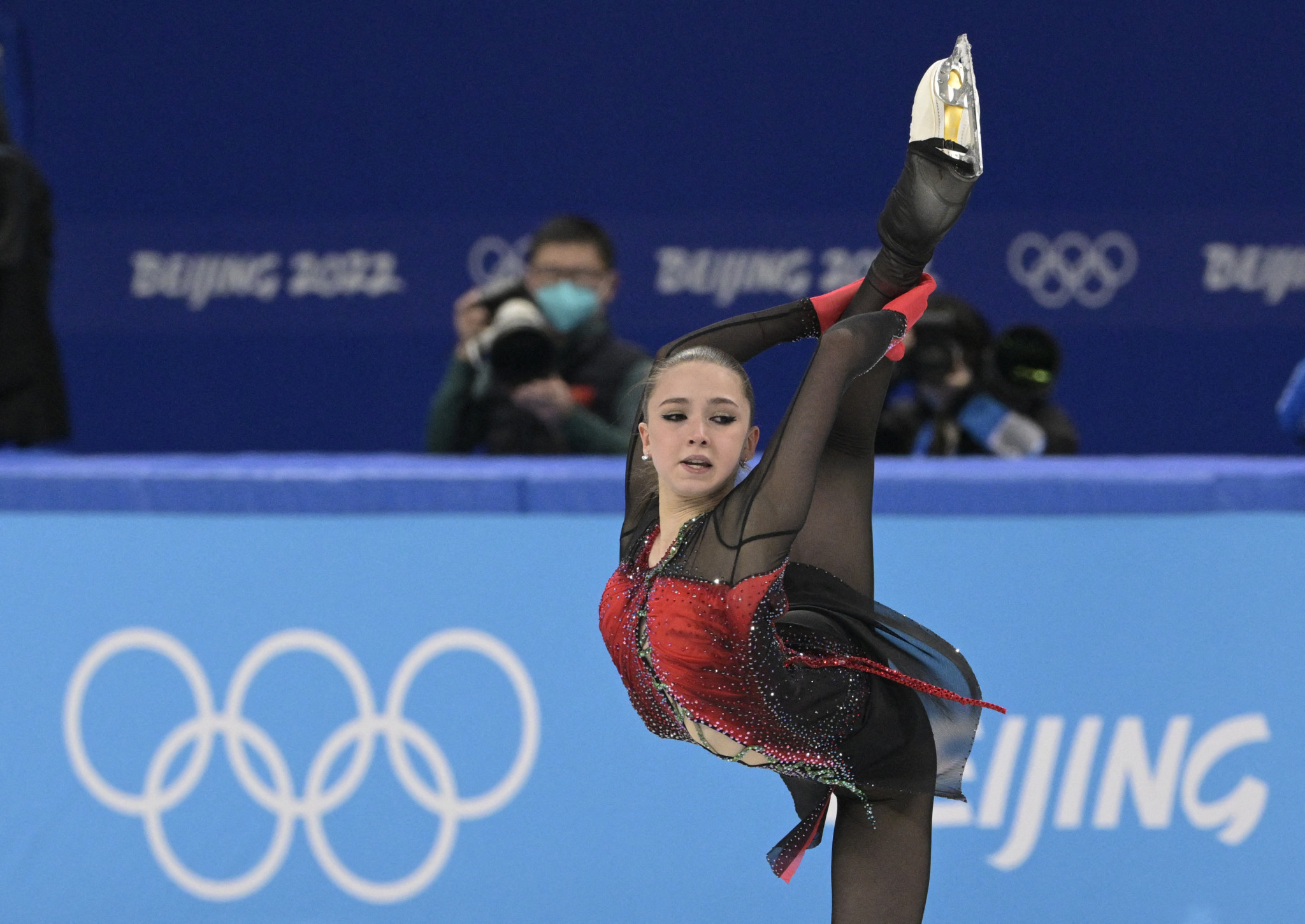 She also hinted that, as Valieva - who turned 16 on April 26 this year - was only a minor of 15 at the time the sample was taken on December 25 2021, RUSADA may not make the hearing results public.

Loginova gave the latest information on a case that caught world attention after emerging during the Beijing 2022 Winter Olympics during a forum entitled "Russia - A Sporting Power" in the city of Kemerovo.

"The investigation focused on the staff involved, including management," she said.

"The date for the announcement of the result is tentatively set for October."

As reported by Russia's official state news agency TASS Loginova added: "There are special rules for public disclosure regarding a protected person.

"I can't say yet whether it will be published or not."

She also underlined that the decision would be made behind closed doors, insisting: "The Anti-Doping Disciplinary Committee is not an organisational structure.

"No one can influence the decision of the Committee - neither RUSADA nor any third parties."

Loginova told TASS earlier this month that the investigation into Valieva’s case had been completed on Wednesday September 14.

Whatever the RUSADA verdict, however, it is unlikely to represent the end of the saga as it will be subject to appeal to the Court of Arbitration for Sport - be that by Valieva, the International Skating Union (ISU), International Olympic Committee (IOC) or World Anti-Doping Agency (WADA).

RUSADA was informed of Valieva's positive test for the banned substance trimetazidine on February 8, the day after she had helped the Russian Olympic Committee (ROC) to secure team gold at the Beijing 2022 Winter Olympics.

A medal ceremony has still not taken place for the team figure skating event at Beijing 2022 because of the failed drugs test.

The United States finished second, Japan third and Canada fourth - but all could be in line for an upgrade.

RUSADA opted not to provisionally suspend Valieva, allowing the then 15-year-old to compete in the women's event at Beijing 2022.

The IOC, ISU and WADA all filed appeals to the CAS to have a provisional suspension reimposed, but these were dismissed.

Valieva, who holds the world record and won the European title earlier this year, finished fourth in the women's event and was in tears at the end.

The Russian Olympic Committee skater led after the short programme but fell several times in the free skate.

Valieva tested positive for trimetazidine in a sample provided on December 25.

The WADA-accredited laboratory in Stockholm did not report the failure until February 8.

In its full verdict on the initial WADA, ISU and IOC appeal, the CAS slammed the anti-doping authorities' "failure to function effectively".

It judged that provisionally suspending Valieva would cause the teenager "irreparable harm".

Had the reporting process been completed within 20 days of the sample being collected as is laid out by WADA's International Standard for Laboratories, the athlete would have had more than two weeks before the Winter Olympics to have filed a request to the CAS for provisional measures.

The written judgement went on to criticise anti-doping authorities for the creation of a situation where Valieva, "through no fault of hers, and without any allegation of improper conduct of anyone... finds herself at the Olympic Winter Games being put on notice of an alleged ADRV [anti-doping rule violation] from a sample taken 44 days prior".

Processing delays at the WADA-accredited laboratory in Stockholm were blamed on staffing problems brought about by the COVID-19 pandemic.

WADA has also at least partly blamed RUSADA, claiming Valieva's sample "was not flagged by RUSADA as being a priority sample when it was received by the anti-doping laboratory in Stockholm".

Valieva's legal team has said trimetazidine could have entered her system through contamination, with Valieva's grandfather said to be using the angina medication.

Because Valieva was 15 at the time of the test, and therefore a protected person under the terms of the World Anti-Doping Code, any punishment for an ADRV is liable to be less than would otherwise be the case.