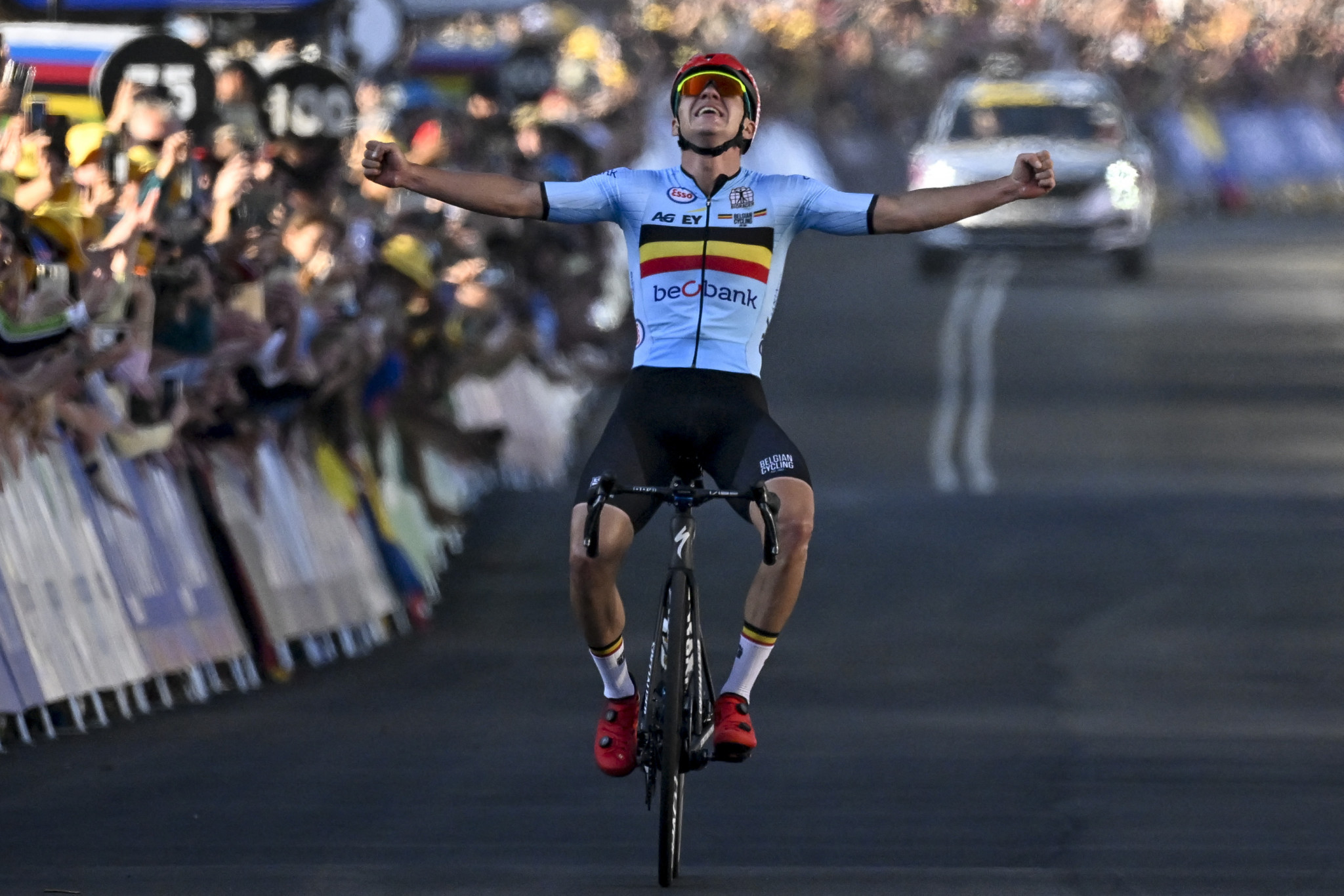 The Belgian added another title to an impressive haul this year which also features the Volta ao Algarve, Tour of Norway, and one-day race wins in Liège-Bastogne-Liège and the Clásica de San Sebastián.

The 22-year-old was neck-and-neck with Kazakhstan's Alexey Lutsenko with just 30 kilometres of the gruelling 266.9km course remaining.

Shortly after, Evenepoel launched a solo attack on the penultimate ascent of the steep Mount Pleasant climb and established a strong lead, crossing the finish line after 6 hours 16min 8sec.

Evenepoel was followed by France's Christophe Laporte and Michael Matthews of Australia in second and third, respectively, who led a bunch sprint that clocked in 2:21 behind the winner.

The host nation's Matthews won a bronze medal in the mixed relay earlier in the UCI Road World Championships and was also a bronze medallist in the road race in 2017.

Evenepoel admitted after the race that he does not expect to ever have a better season.

Memories for a lifetime ✨#Wollongong2022 pic.twitter.com/PqbL0SMhUV

"It's something I've been dreaming of and now after a monument, a big classic, a Grand Tour and now world champion, I think I've won everything I could this year," Evenepoel said.

"I don't think I will ever have a better season than this.

"I'm not going to see my bed tonight."

Evenepoel's quest for victory was made easier when Mathieu van der Poel, one of the pre-race favourites, abandoned the route after just 45 minutes.

The Dutchman had been arrested overnight and has been charged with assault after an altercation with teenage girls in his hotel.

The 27-year-old made it to the starting line despite only returning to his hotel room at 4am after receiving conditional bail, requiring him to appear at local court on Tuesday (September 27).

The men's road race was the final event of the World Championships which saw Britain finish atop the medals table with three gold, one silver and one bronze across the junior, under-23 and senior events.