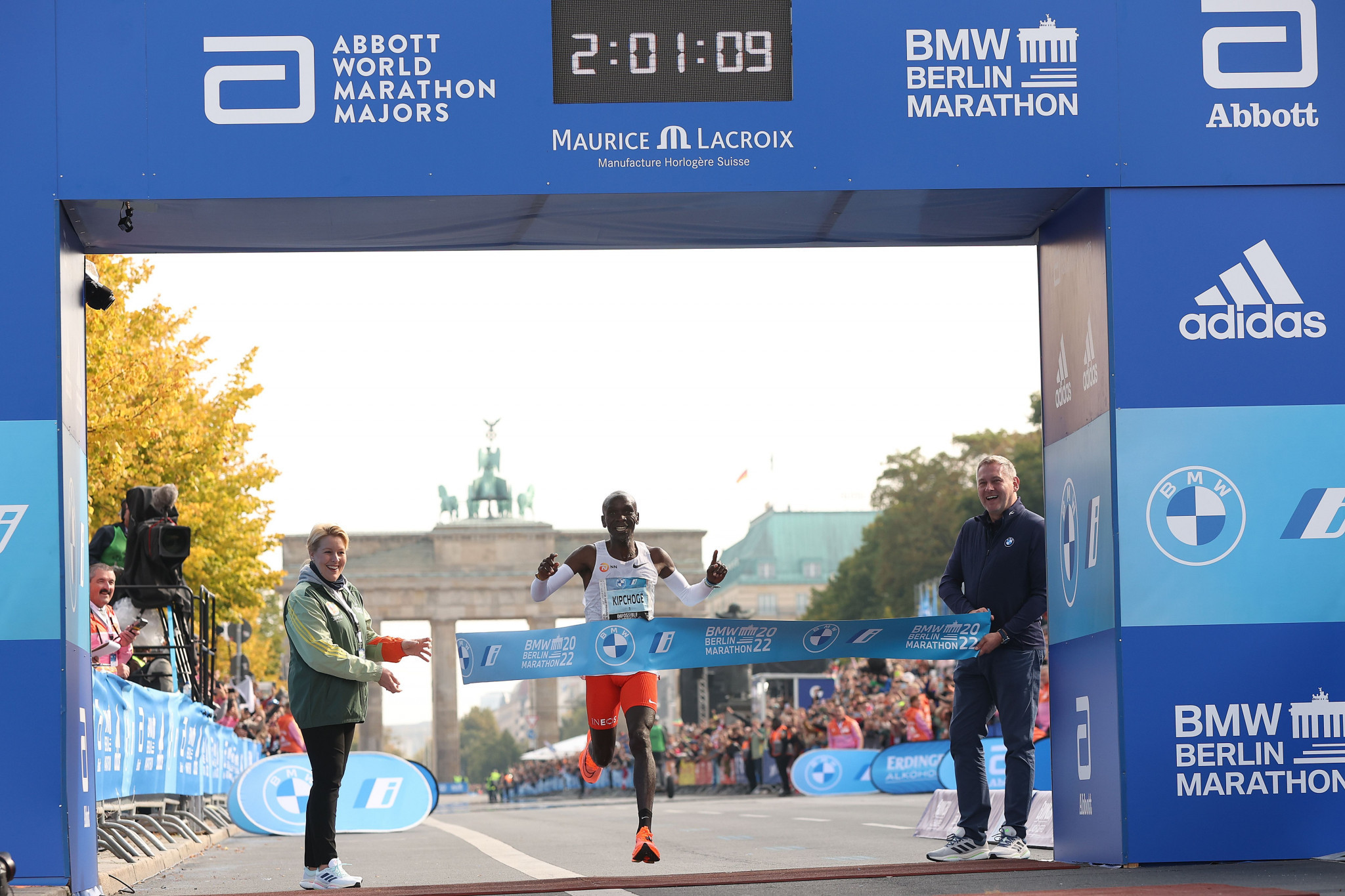 Double Olympic champion Eliud Kipchoge smashed his own world record by 30 seconds at the Berlin Marathon, posting a time of 2 hours 1min 9sec, while Ethiopian Tigist Assefa won the women's race in the third-fastest time ever.

The Kenyan significantly lowered his previous record which was also set in the German capital four years ago.

He was accompanied through the early race by defending champion Guye Adola of Ethiopia and compatriot Andamlak Belihu, but was left on his own when the final pace-setter dropped off at 25km.

Kipchoge slowed slightly, reaching 30km in 1:25:40, before powering through the last quarter to finish almost five minutes ahead of countryman Mark Korir's 2:05:58.

"No limitations, after 38km I knew I would be capable of breaking the world record," Kipchoge said.

"Circumstances were great, and so was the organisation of the event

"I'm really happy with today and impressed by the fans and their support."

Assefa produced a blistering performance in the women's race with a course record of 2:15:37, which was more than 18 minutes faster than she had ever run before.

The 28-year-old ran a 2:34:01 to finish seventh in the Riyadh Marathon in Saudi Arabia in March.

Only Kenyan world record-holder Brigid Kosgei and Britain's Paula Radcliffe have ever gone quicker, with respective best times of 2:14:04 and 2:15:25.

Behind Assefa at the finish, Rosemary Wanjiru of Kenya took second place in 2:18:00 with Tigist Abayechew of Ethiopia third in 2:18:03.

Ethiopians dominated the top five as Workenesh Edesa came fourth with a time of 2:18:51 and Sisay Meseret Gola clocked in after 2:20:58.