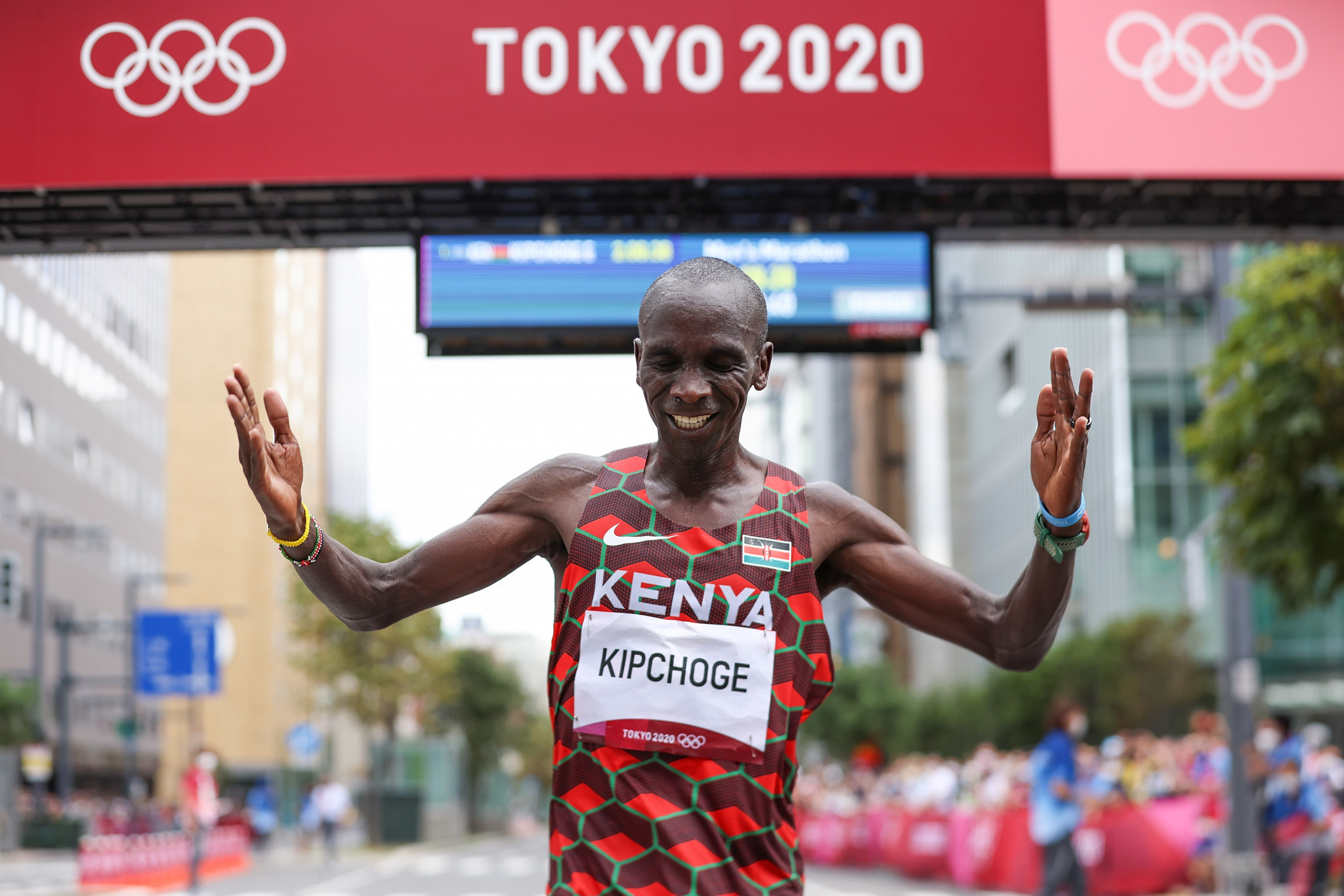 Double Olympic champion Eliud Kipchoge is setting his sights on making history at Paris 2024 as he eyes a third successive marathon gold medal.

Kenya’s Kipchoge triumphed at Rio 2016 and Tokyo 2020 and has spoken of his determination to defend his Olympic title in two years’ time.

Abebe Bikila of Ethiopia and Waldemar Cierpinski of Germany are the only other runners to claim back-to-back Olympic marathon golds but Kipchoge is aiming to go one better.

"I still have something boiling in my stomach that's why I am looking forward to it [racing in Paris]," said the 37-year-old.

Kipchoge has already been a part of promotion events for Paris 2024 having featured in a mass-participation marathon in October last year.

The special race at the Champs-Elysées in Paris was organised to mark the 1,000 days countdown to the Games.

Kipchoge, who holds the marathon world record of 2hrs 1min 39sec, has agreed a new performance partnership with INEOS.

Kipchoge made history at the INEOS 1:59 Challenge by becoming the first person to run a marathon in under two hours.

To receive support from such a great entity in sports is a huge boost to myself and the team. We have had a wonderful relationship since we first started working together and have already changed the world together once. I am excited to keep breaking barriers. @INEOS pic.twitter.com/LhSOgr0QWF

"To receive the support from such a great entity in sports is a huge boost to myself and the team," said Kipchoge.

"We have had a wonderful relationship since we first started working together and have already changed the world together once.

"I am excited to keep breaking barriers with the support of INEOS on our side.

"I believe that we can make a strong impact across all sports by sharing our knowledge and experiences with each other.

"To utilise the greatest minds in sports will continue to allow us to keep pushing the boundaries of running.

"I am very excited for the future ahead."

Kipchoge is set to work alongside Sir Dave Brailsford who has recently been appointed as director of sport at INEOS.

"Eliud Kipchoge is a once in a generation athlete breaking athletic boundaries that many felt impossible," said Sir Dave.

"Collaborating with Eliud, his performance team and INEOS on the 1:59 Challenge was a truly inspiring experience.

"The opportunity to come together again to tackle new ambitious challenges with Eliud and the wider running team is incredibly exciting."