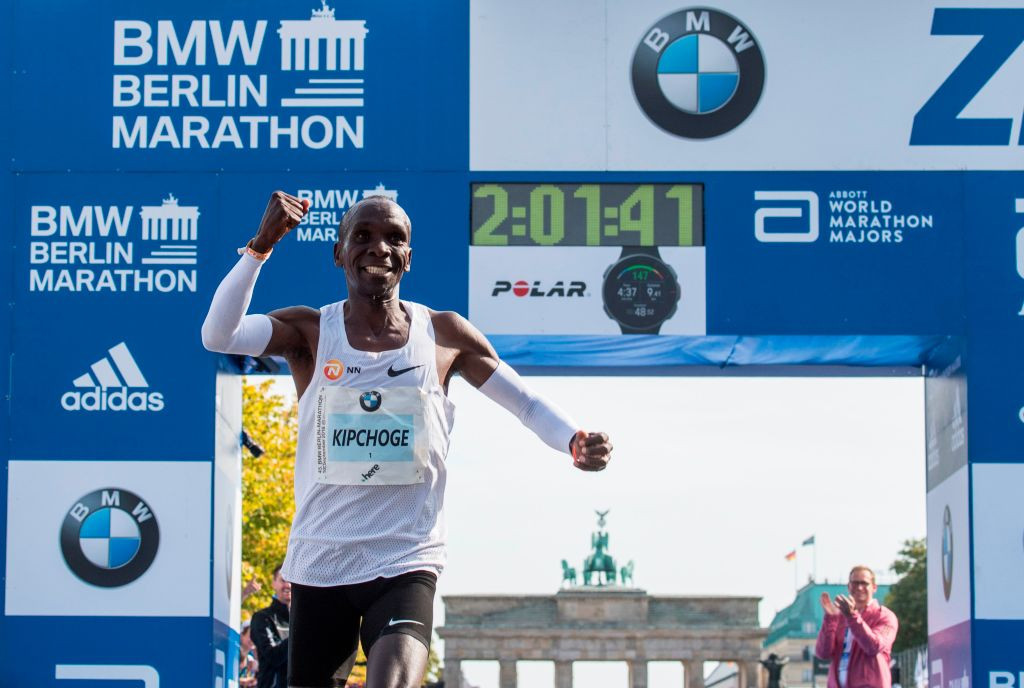 Marathon world record-holder Eliud Kipchoge has hinted he might break that mark when he runs his sixth Berlin Marathon next Sunday (September 25) - and has also renewed his vow to seek a record third Olympic title at Paris 2024.

Speaking by videolink from his Kenyan training base, the 37-year-old - who set the world record of 2 hours 1min 39sec the last time he ran in Berlin four years ago - was reluctant to be specific, but insisted with one of his enigmatic smiles: "I'm thinking of running a very good race."

"And if it is my personal best, I will accept it," Kipchoge continued.

"But I don't want to commit to a time.

"I will try to push myself.

"I always say, if you want to push yourself, come to Berlin."

Each of the last seven lowerings of the men's world record have occurred at the Berlin Marathon.

In the more distant future, Kipchoge plans to add the Paris 2024 Olympic title to the ones he has already secured in Rio de Janeiro and Tokyo.

"That’s a very important thing to me," Kipchoge said.

"Because I am running to make history.

"I am running to tell young people that consistency is what we need, for performing at a high level.

"It's what the world needs.

"I trust I will be lining up in Paris 2024 and having a lot of energy to run to the gold medal."

Nobody has ever won three Olympic marathon gold medals.

In 2019, Kipchoge became the first person to run a marathon in less than two hours as he clocked 1:59:40.2 in Vienna in a specially-constructed event, although this did not count as a world record because standard competition rules regarding pacing and the provision of fluids did not apply and it was not an open race.

Kipchoge refuted the idea that it was not "a real race" today.

"What was in Vienna was a real race," Kipchoge insisted.

"If you run the marathon in sub-two hours it is a real race!

"I trust that I have showed the way to many athletes of the next generation that one day a human being will run under two hours in a normal course, like Berlin or somewhere."

"Let us call it a good race.

"And what I trust is, one of these fine days I might even run under two hours…"