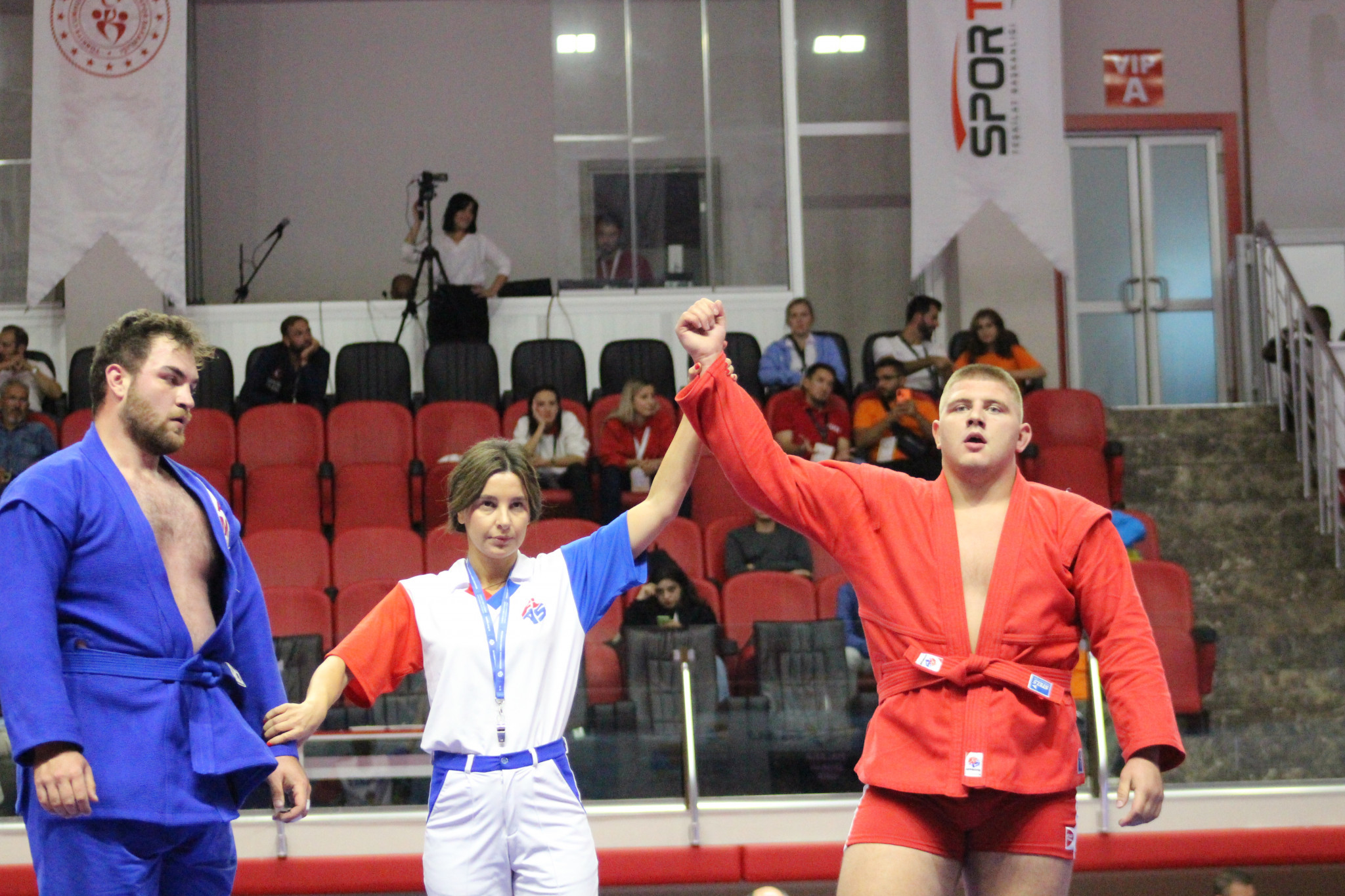 Friendly competition has been promoted between the nations of Turkey and Ukraine on the second and final day of competition at the International University Sports Federation (FISU) World Cup Combat Sports, leading to an impromptu team event here.

With the team event cancelled due to a lack of universities eligible to compete, organisers were approached by the national coaches from both countries, proposing a non-official competition be held in its place.

Ukraine and Turkey had teams, as well as a third mixed team competing, featuring athletes from Georgia, Turkey and Ukraine.

Under FISU rules, the team event would require athletes to all come from the same institution, but allowed this competition to take place unofficially to give the athletes more chances to fight.

The number of sambo athletes was affected by FISU's banning of athletes from Russia and Belarus, for the nations' involvement in the invasion of Ukraine.

Another factor was the postponement and movement of the event from Yekaterinburg.

"We are having the friendly competition with Ukraine, we love them so much," said Muhammet Karatas, team leader for the Turkish University Sports Federation.

"I know they're at war right now and we are doing everything to support for.

"Solidarity is important for all countries, we believe that."

Sambo competition is scheduled to end tonight in Samsun.