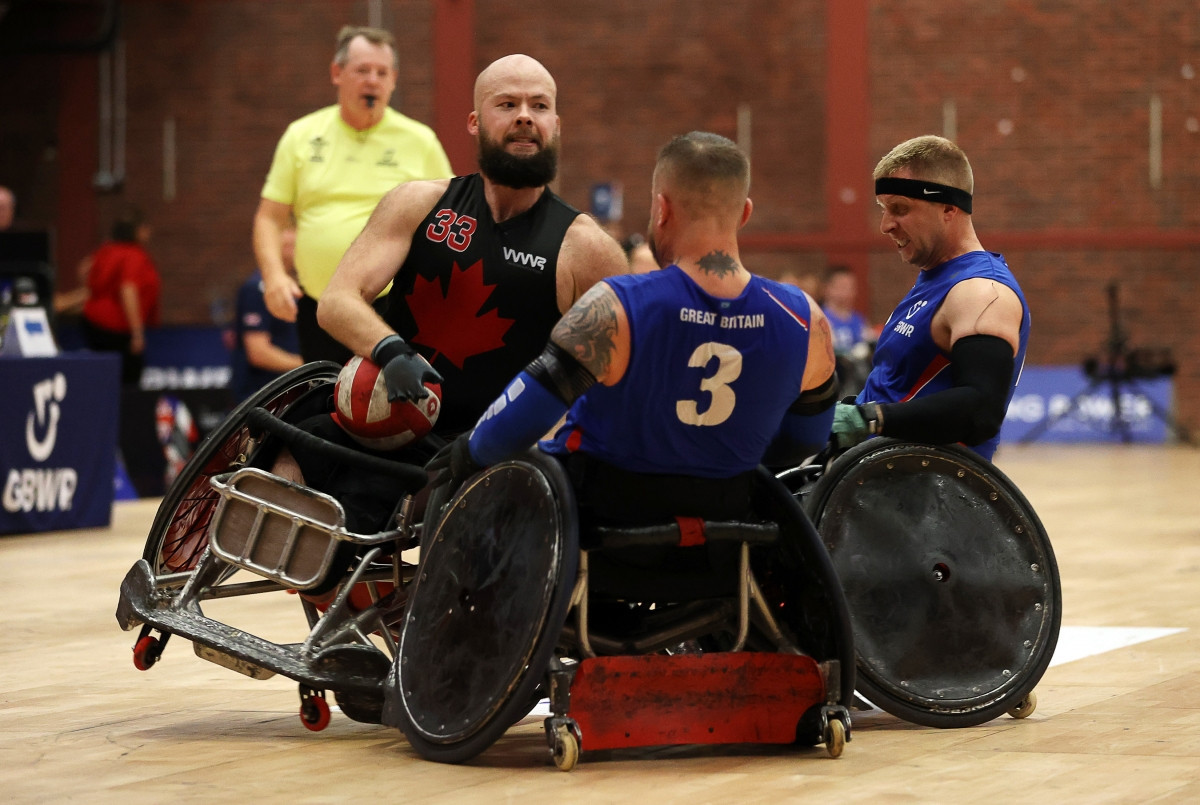 A thrilling final needed two periods of overtime to separate the two teams in the Sport Wales National Centre.

However, the Canadians eventually prevailed 54-52 to ensure their name was etched onto the Vichai Srivaddhanaprabha Trophy.

The victors held the lead for the majority of the match and had opportunities to win it in both normal time and the first period of overtime but Britain's stubborn defence meant the scores stayed level at 45-45 and 49-49, respectively.

"We have had some tough finishes in the past, in the last few years, but we feel like we are really building up as a team and after this tournament I think confidence is really high heading into the Worlds next month," said Canada's Patrice Dagenais.

Canada's victory has made them favourites for the Wheelchair Rugby World Championship, due to be held in Velje in Denmark, from October 10 to 16.

"These tournaments are here to help prepare for bigger tournaments later on," said Britain captain Gavin Walker after the defeat.

"We have got the World Championships coming up, so it's been a great experience for all teams."

Earlier in the day, France took the bronze medal with a 56-50 win against a spirited German side.

Cardiff is due to host the 2023 European Championship from May 3 to 7 next year with action set to take place in the Principality Stadium, which also hosted the 1999 Rugby World Cup final and 2017 UEFA Champions League final.