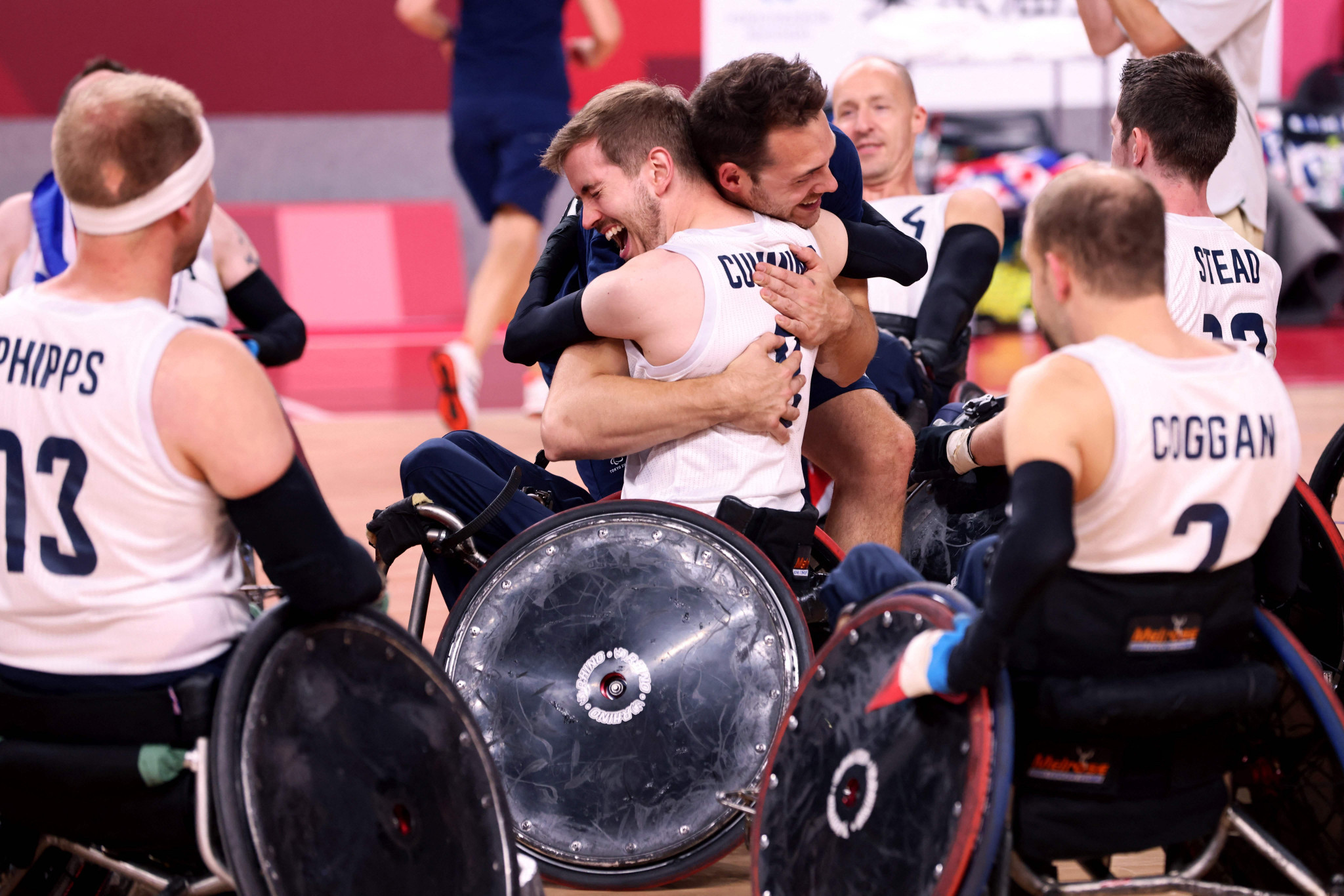 Britain are the reigning Paralympic champions in wheelchair rugby, and ten members of its team are set to feature in the Quad Nations tournament against France, Canada and Germany.

The Sport Wales National Centre in the Welsh capital Cardiff is hosting the tournament, which started today and is due to conclude on Sunday (September 18).

Cardiff is also due to stage next year's World Wheelchair Rugby European Championship at the Principality Stadium, and Brisbane expressed hope that the Quad Nations can generate interest in the sport.

"Hosting the 2022 Quad Nations in Cardiff is a hugely exciting move for Great Britain Wheelchair Rugby and we’re absolutely delighted to be able to host these four elite teams this weekend," he said.

"The Quad Nations is always a highly competitive event with last year’s behind-closed-doors competition playing an invaluable role in helping Great Britain to prepare for the Tokyo Games.

"These events, building to a crescendo of the European Championship next year, are sure to inspire people and create a true legacy for the sport, raising it to new heights through its sheer energy, passion and competitive force.

"Spectators who are new to wheelchair rugby will be captivated by how fast-paced and thrilling the game is - it’s a really physical, one-of-a-kind sport where women and men compete on the same team.

"“I really hope that the rugby-loving fans in Wales will show their support and get behind this incredible sport and the amazing athletes competing.

"Cardiff is the perfect setting for these two iconic events, with a rich legacy of passion for rugby which we really hope to build on."

The Quad Nations tournament serves as a warm-up for next month's Wheelchair Rugby World Championship in Vejle.

Thai travel retail group King Power is again serving as the title sponsor for the event.

As part of its latest agreement, it has become an official partner of GBWR, which was welcomed by Brisbane.

"We are absolutely delighted to have King Power on board," he said.

"GBWR hosting the 2022 Quad Nations in Cardiff marks the start of a new and exciting chapter for our sport.

"King Power have been by our side for the last five years, they know and understand our sport and are passionate supporters.

"We are absolutely delighted to be able to confirm King Power as title sponsor for what we know is going to be a great event hosted in the rugby-loving nation of Wales and one that is sure to inspire people and create a true legacy for wheelchair rugby."