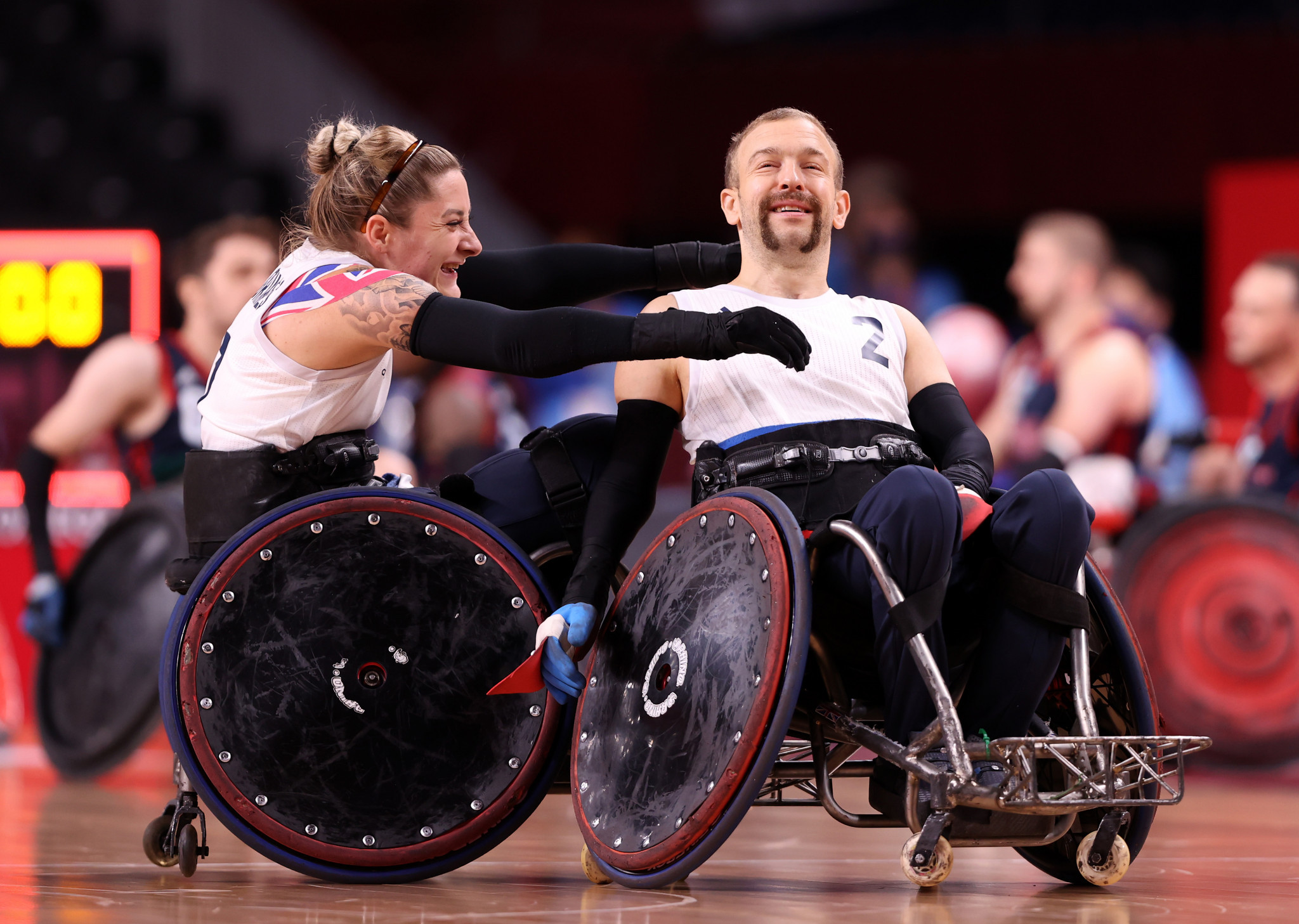 Great Britain Wheelchair Rugby (GBWR) chief executive Jason Brisbane has insisted that the country's success at the Tokyo 2020 Paralympics demonstrates that it has "come a very long way" in the 10 years since its home Games at London 2012.

The country beat the United States in the final at last year's delayed Paralympics to win its first medal in the sport at the Games, and Brisbane underlined the progress it has made.

"There is no doubt that what this team achieved in Tokyo was extraordinary and so very much deserved," Brisbane said.

"We went into Tokyo ranked fourth in the world after an incredible effort but whilst we had our hopes set on a podium finish, achieving gold was just superb and it says everything you need to know about the players and the dedicated coaching team behind them.

"They have come a very long way since London 2012 and I felt honoured to join the sport when I did; I am truly committed to leading wheelchair rugby as we continue our long-term strategic development from growth and investment at grassroots to elite-level nationwide."

Wheelchair rugby has been billed as a legacy success story from London 2012, with the domestic league expanding from one to three divisions and more than one million people watching the Tokyo 2020 final.

Since the Paralympics, five athletes have progressed through the GBWR talent pathway to join the national squad, and head of performance support and science Barry Mason emphasised the importance of providing a route for progression in wheelchair rugby.

"This is an incredibly exciting time for the organisation off the back of the team’s historic gold medal in Tokyo last year," Mason commented.

"To sustain this level of success in the future we have recognised the importance of developing the next generation of GB wheelchair rugby players.

"As a result, it has been refreshing to see the level of some of our talented young athletes who have progressed through the talent pathway and made the selection for our long squad in 2022.

"Adding these individuals to a strong core of experienced athletes from the Tokyo cycle ensures that the team is in safe hands for the immediate future, as we look forward to a busy, but exciting few years ahead."

Britain were beaten by hosts France in the final of the European Championships earlier this year.

The World Championships are due to be held in the Danish city of Vejle in October.