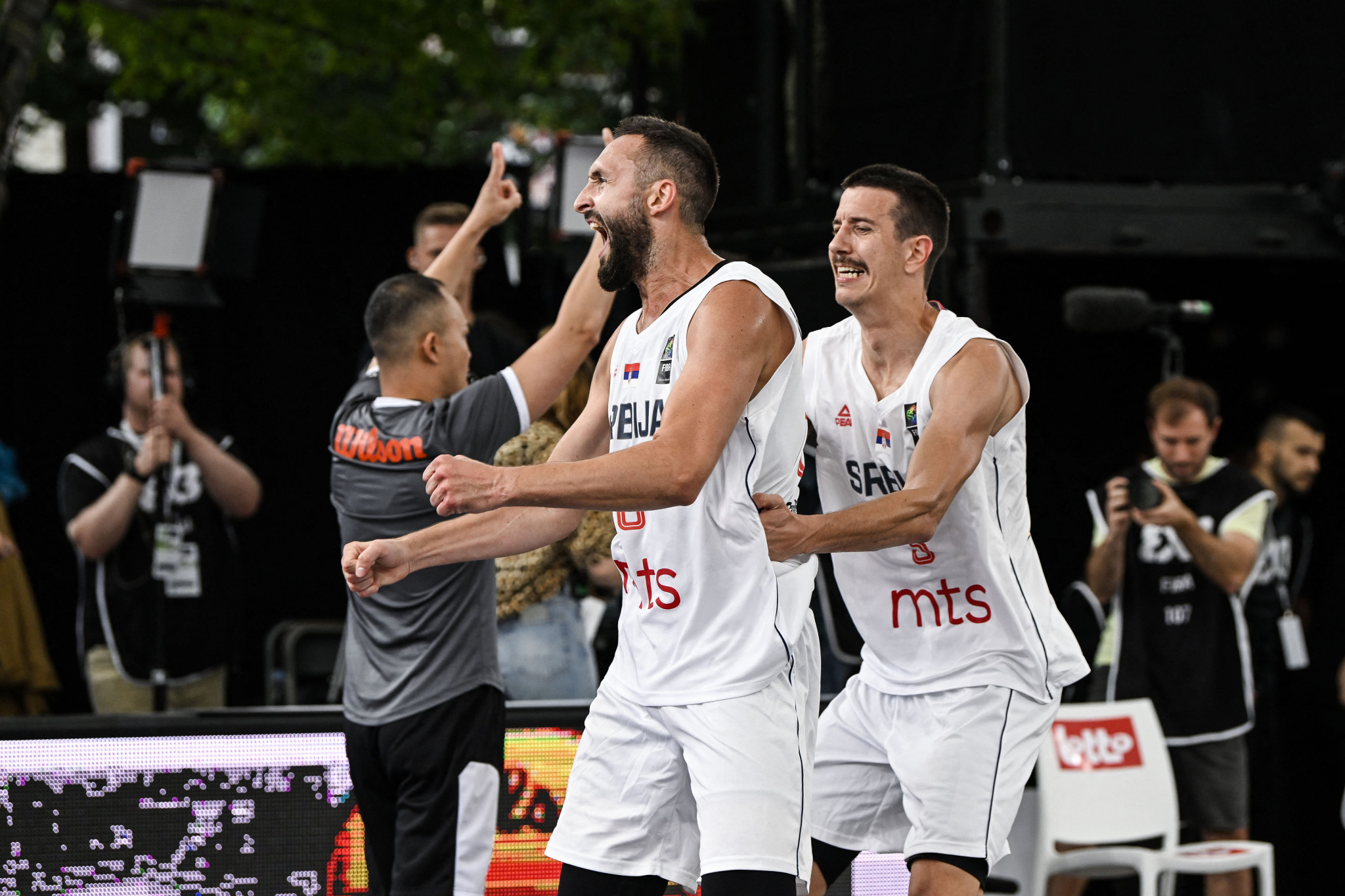 Defending champions Serbia and Spain of the men's and women's competition at the International Basketball Federation (FIBA) 3x3 Europe Cup have progressed into the quarter-finals in Graz in Austria.

In the men's event, Serbia recorded a 21-14 win over Slovenia before cruising past Israel 21-13 in Pool A to reach the next round with little trouble.

They are due to meet Pool C runner-up Poland, who bested Montenegro 21-13 but lost to Latvia by the same scoreline.

Israel also reached the last eight after notching a 22-12 triumph against Slovenia.

In addition to Latvia's victory over Poland, they defeated Montenegro 21-17.

In the women's event, Spain secured a quarter-final spot with 21-15 and 18-16 wins over Portugal and The Netherlands in Pool C.

Their close win over the Dutch could be vital in their bid to reclaim the title as it means they are set to play 21st seed Estonia instead of first seed Germany.

The honour of playing Germany has fallen to The Netherlands, as their 21-14 triumph over Portugal was enough to progress.

Germany advanced as the winners of Pool A following 11-5 and 14-12 wins over Estonia and Austria.

Estonia's 18-10 triumph against the hosts ensured they booked their place versus the reigning champions.

The FIBA 3x3 Europe Cup is set to conclude tomorrow.