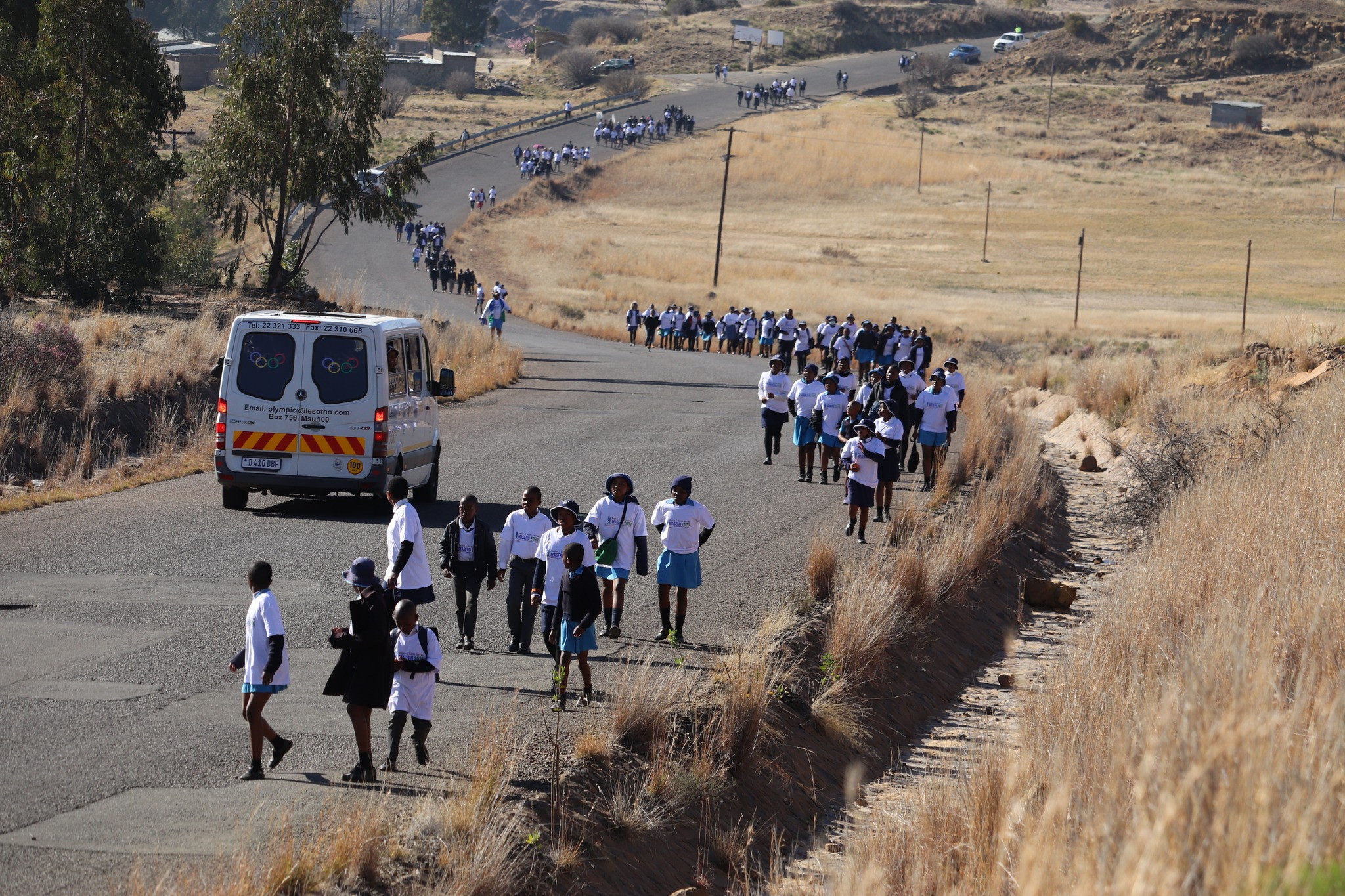 The event was attended by young people and the elderly alike, with educational presentations taking place on topics including human trafficking and early childhood marriage.

They were conducted by non-governmental organisation Sesotho Media and Development.

Activities continued over the weekend with sport demonstrations being held by the Lesotho Table Tennis Association and Federation of Handball Lesotho.

There was additionally a run or walk of 10 kilometres for Olympic Day, going from Seaka Bridge to Holy Cross.

Indigenous games were played and 1,000 trees were planted.