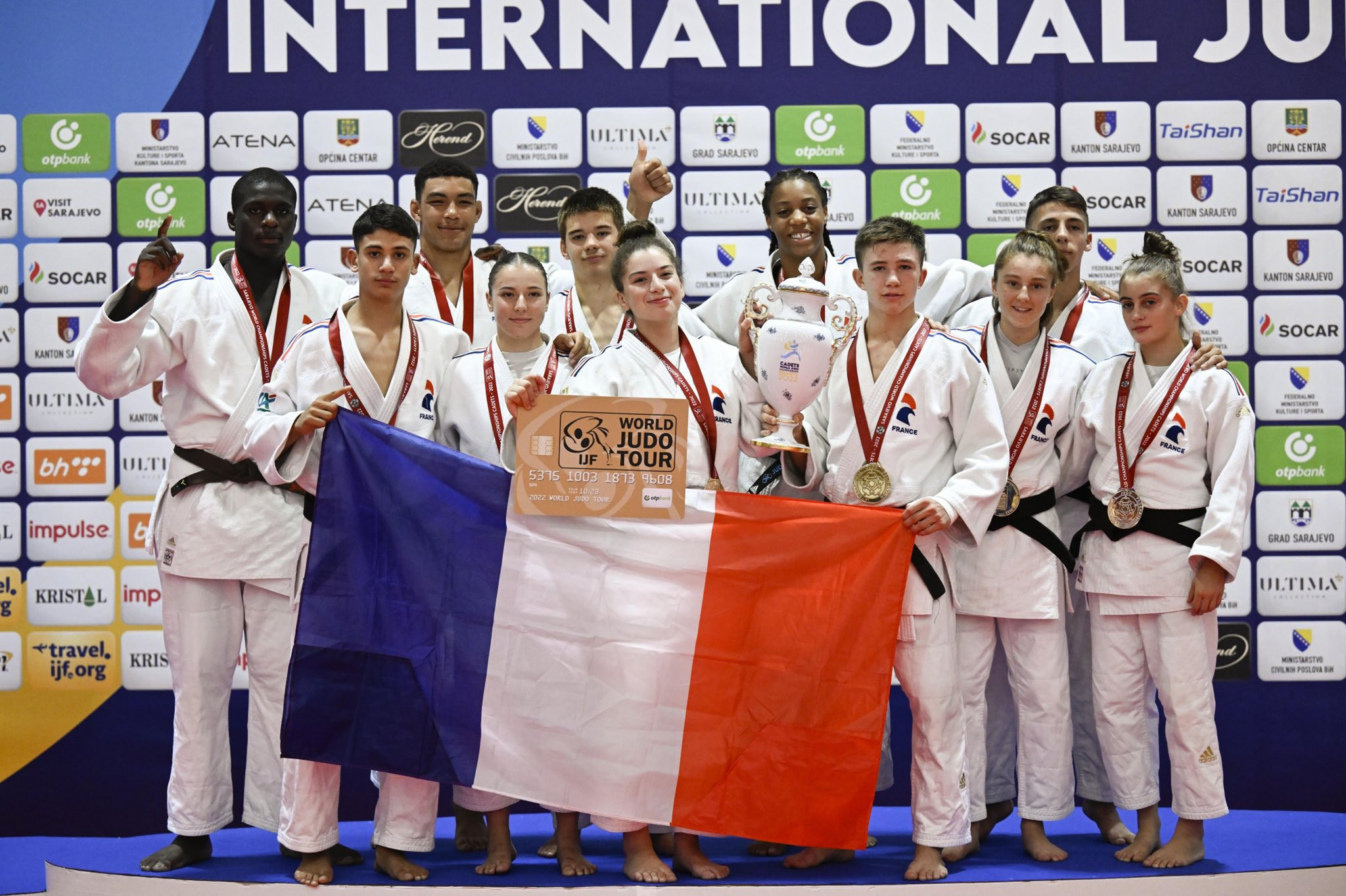 France were victorious in a best-of-seven thriller against Azerbaijan in the mixed team event at the World Judo Cadets Championships, finishing the competition on a high note in Sarajevo.

Despite being crowned world champion yesterday, Grace-Esther Mienandi Lahou lost the opener in the women's over-63 kilogram category to Nigar Suleymanova; and Azerbaijan added other wins through Ramazan Ahmadov and Aydan Valiyeva in the men's over-81kg and women's under-48kg.

Kelvin Ray got the first victory for France in the men's under-60kg competition versus Nizami Imranov.

Boursas won a tiebreaker for France to give them the gold medal by a 4-3 score.

Uzbekistan smashed Tunisia for one of the bronze medals, with world champion Barchinoy Kodirova and Zarina Jamalova picking up wins.

In a back-and-forth affair, Turkey defeated Ukraine to also make the podium.

Diana Semchenko gave Ukraine the lead with a win in the women's over-63kg over Elif Baskut, only for Ibrahim Tataroglu and Zeynep Betul Sarikaya to overturn the deficit for Turkey, by beating Nikita Kviatkovskyi and Anastasiia Levchenko in the men's over-81kg and women's under-48kg respectively.

Nazar Viskov equalised by beating Omer Faruk Turgutlu in the men's under-60kg, only for Turkey to take the lead again through Gulzade Korkmaz who won in the women's under-63kg against Anna Oliinyk-Korniiko.

Igor Tsurkan took it to a decider by beating Erman Gurgen in the men's under-81kg, but Turkey won the decider, 4-3.