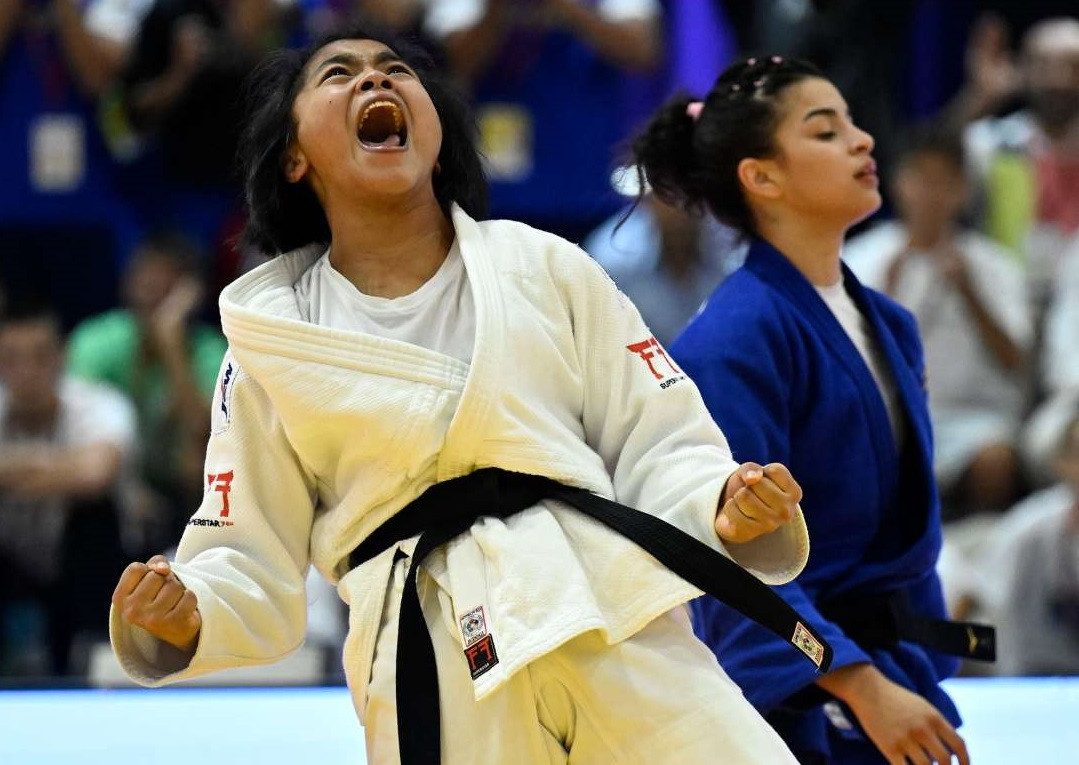 Linthoi Chanambam made history for India when she downed Brazil's Bianca Reis to win women's under-57 kilograms gold at the World Judo Cadets Championships in Sarajevo.

The 15-year-old judoka became the first Indian to win a medal of any colour and in any age category across the World Championships.

An early waza-ari put Chanambam in front before the judoka withstood to plenty of pressure from Reis to secure the historic triumph in the capital of Bosnia and Herzegovina.

The women's under-63kg title was won by Turkey's Sinem Oruc who pulled off an ippon with just 45 seconds on the clock to beat Austrian Franziska Schloegl in the final.

Judoka Linthoi wins India's first ever Gold at the Worlds across any age-group (Cadet, Junior, Senior)

Keito Kihara grabbed another gold for Japan when he triumphed against Georgian Luka Javakhishvili with an ippon in the men's under-73kg final.

There was golden delight for Armenia in the men's under-81kg class when Gor Karapetyan outlasted Uzbekistan's Alisher Samanov in a match that was decided in golden score.