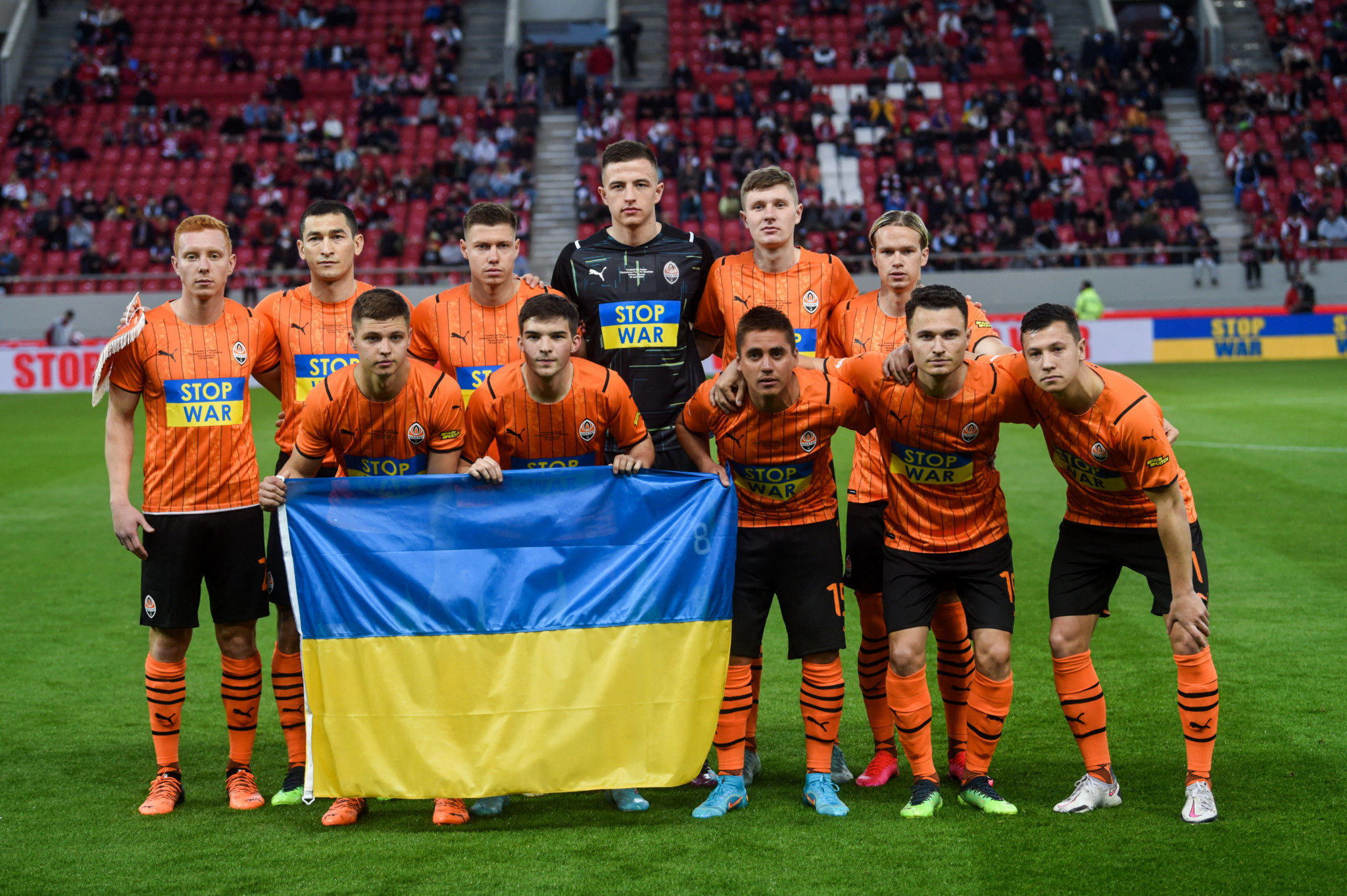 Ukrainian side Shakhtar Donetsk will play their home UEFA Champions League group-stage matches in Poland after reaching a lease agreement with Legia Warsaw.

But no matches will be played in Ukraine, which remains under attack from Russian forces, with Shakhtar set to stage their home fixtures at Legia Warsaw's Stadion Wojska Polskiego - situated almost 1,000 miles away from Donetsk.

"Legia Stadium is first and foremost the home of our team," said Marcin Herra, chief executive of Legia Warsaw.

"Since the outbreak of the war, our club and the Legia Foundation have been involved in helping refugees, football clubs from Ukraine, and in cooperation with Shakhtar we have jointly supported internal migrants.

"In the coming months, Legia Stadium will also be the venue for Shakhtar's Champions League matches.

"Our responsibility will be focused on the preparation of the facility and match day support."

Shakhtar have not played in their home city since 2014 due to Russia's invasion of the Donbas region in eastern Ukraine.

The 13-time Ukrainian Premier League champions have since moved to Lviv and Kharkiv before agreeing a ground share deal with Dynamo Kiev to play at the NSC Olimpiyskiy Stadium.

The new Ukrainian Premier League season got underway this week with matches played behind closed doors due to security reasons.

Shakhtar will continue to play their home games in Kyiv but will contest their Champions League clashes in Poland.

"To our great regret, Shakhtar cannot yet host its home games within European competitions in Ukraine, so we decided to play the Champions League group stage matches in Warsaw," said Sergei Palkin, chief executive of Shakhtar Donetsk.

"I want to thank the management of Legia for the fact that the club has met our needs and provided their stadium.

"We really hope for the support of Shakhtar and Legia fans, the Poles and Ukrainians currently residing in Warsaw and other cities.

"We believe that the excellent conditions provided by Legia and the incredible atmosphere created by fans at the stadium will help Shakhtar perform successfully in this Champions League edition."