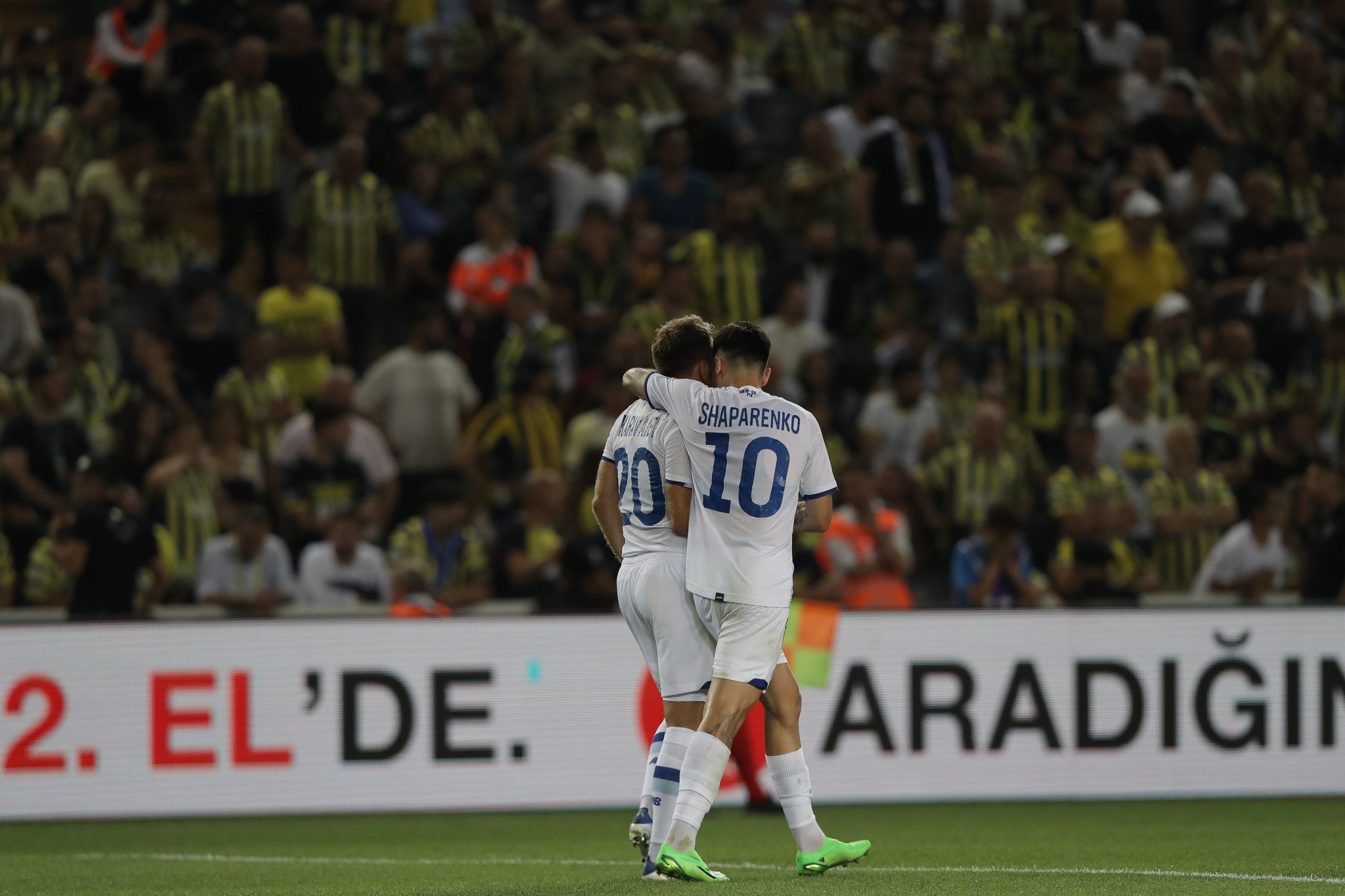 Football's European governing body UEFA has launched a disciplinary investigation after some supporters of Turkish club Fenerbahçe were heard chanting the name of Russian President Vladimir Putin during a Champions League qualifier against Ukrainian side Dynamo Kyiv.

The second leg of the second-round qualifier was held at the Şükrü Saracoğlu Stadium in Istanbul on Wednesday (July 27), with visitors Dynamo Kyiv winning 2-1 on the night after extra time and on aggregate to progress in the competition.

Ukraine's Ambassador to Turkey Vasyl Bodnar said that he was "very sad" to hear the chants from home fans.

UEFA has confirmed that it will investigate the "alleged misbehaviour of Fenerbahçe SK supporters".

This is to be conducted by a UEFA ethics and disciplinary inspector.

Further information on the matter has been promised "in due course".

Fenerbahçe have issued a statement in which the club said that the chants do not represent their views.

"In the 58th minute of [the] match, the exaggerated movements of some of the opposing team's players, especially the reserve goalkeepers who played for a team in our country in the past, caused some of the stands to get excited and a reaction that lasted only 20 seconds in the 120-minute match," the statement read.

"Whatever the reason may be, we, as Fenerbahçe Sports Club, do not accept the reaction that arises from some of our stands.

"It is not a fair and equitable approach to attribute this discourse, which never represents the stance and values of our club, to all our fans and to attribute responsibility to our club.

"At the point we have reached; we condemn both our country and our club being implicated on this issue, trying to set an agenda in a way that will cause misunderstanding, and linking the issue with politics."

Fenerbahçe claimed that "our club was the first club to react to this process on February 24, 2022, the beginning of the war process", pointing to a charity match played against Ukrainian team Shakhtar Donetsk to raise funds for war victims.

The first leg of the tie between Dynamo Kyiv and Fenerbahçe was held in the Polish city of Łódź.

The domestic season in Ukraine did not resume after its winter break and was terminated in April due to the Russian invasion.

However, the Ukrainian Premier League season is due to begin on August 23, and its clubs are competing in European competitions.

Russian clubs and national teams have been banned from UEFA and FIFA competitions because of the war in Ukraine, although Belarusian sides have been permitted to continue playing in European and international competitions at neutral grounds and behind closed doors.