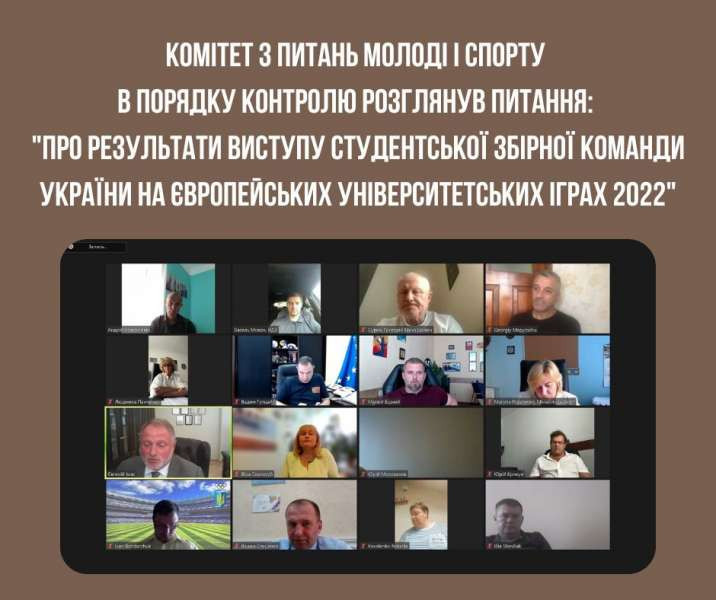 Members of the Parliament of Ukraine have congratulated athletes and coaches for their medal haul at the Łódź 2022 European Universities Games.

During a meeting of the Committee on Youth and Sports, the legislators extended their thanks to the Ministry of Education and Science of Ukraine, in addition to the Sports Student Union of Ukraine, for organising the country's participation in the event.

Ukraine's collection of 285 athletes, which represented 40 universities, accumulated 19 golds, 25 silvers and 18 bronzes across 16 sports to finish with 62 medals overall.

It was the first time Ukraine finished second in the total number of medals achieved and third for the number of golds.

Vadym Stetsenko, the chairman of the Committee on Physical Education and Sports of the Ministry of Education and Science of Ukraine, expressed to the Parliamentary figures that the team’s preparation and participation was financed by the Government.

The sporting success is a welcome moment of national pride for Ukraine as the country continues to defend itself against Russia's invasion.

The United Nations has reported that 5,514 civilians have been killed and 7,698 injured since the attack was launched in February.

It is feared that the number is far higher.

Millions have also fled to neighbouring countries to escape the conflict.