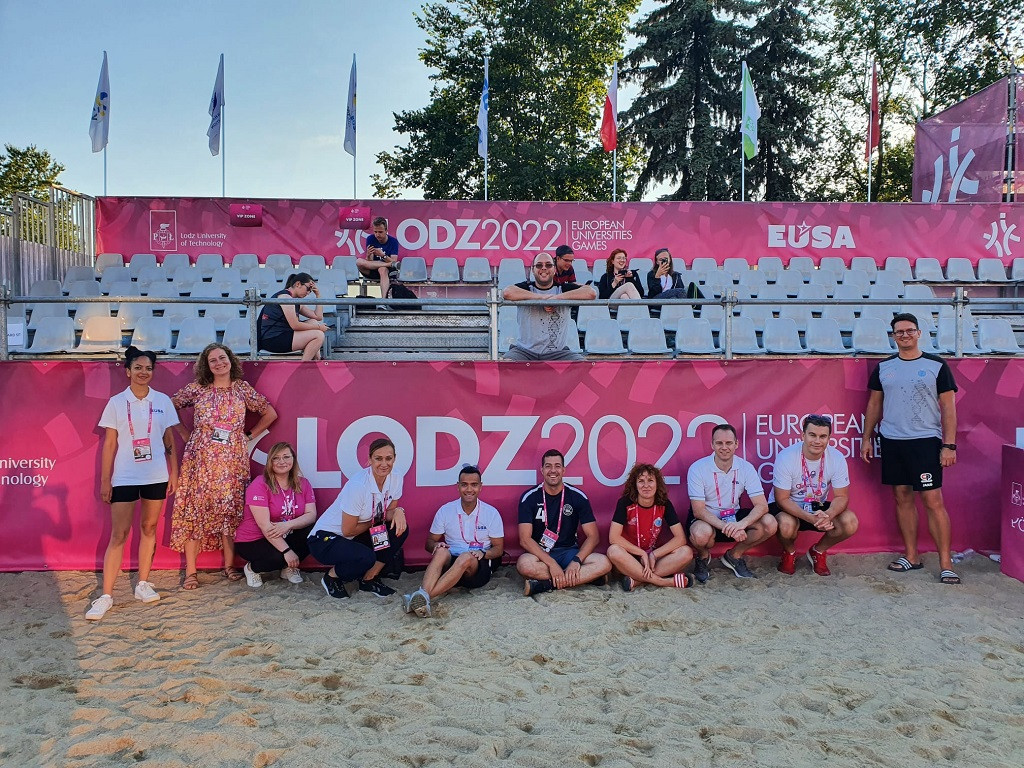 Project partners visited the beach handball competition venue for the Games while volunteers took part in an initiation match, and discussions were held on distributing a survey.

It is hoped that the survey will provide an overview of volunteers' experience and opinions on their roles at the Games.

EUSA Institute officials also met with representatives from the united forces to support the education of the university sport community project, also referred to as Uni4S.

Beach handball matches at the European Universities Games were held at Geyers Gardens in Łódź.

The University of Zagreb from Croatia's capital won both men's and women's gold in the sport.

The men's team beat the German Sport University Cologne in the final, while the women's team overcame Hungary's Karoli Gaspar University of the Reformed Church.