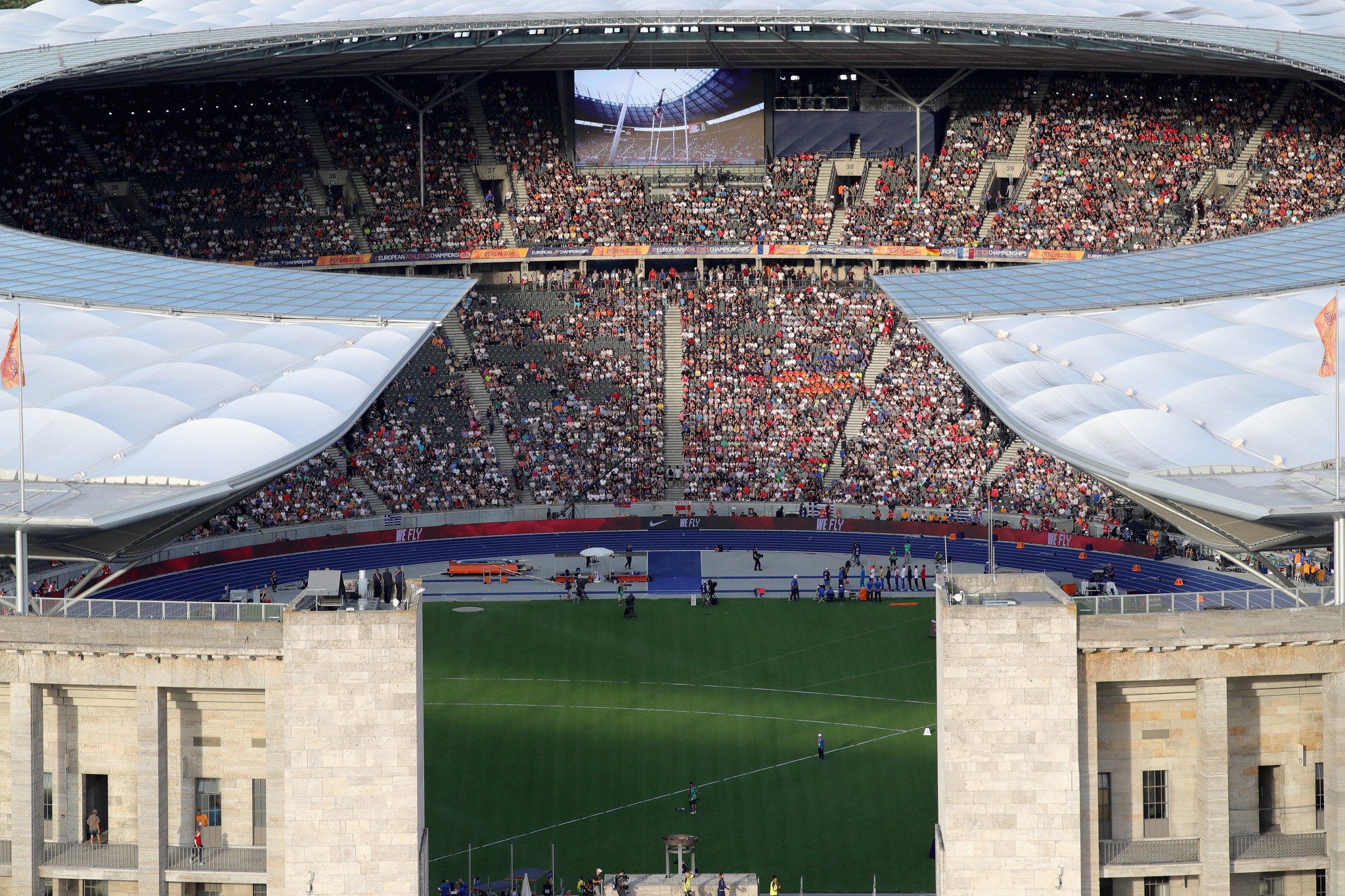 The statement follows a report in June that European Athletics would be reverting to stand-alone Championships in future.

"But we think that we really need to make some important adaptations.

"It’s a process, and we will keep people informed.

"Now European Athletics is focused on supporting the Local Organising Committee and European Championships Management and our fellow Federations in delivering the best possible Championships here.

"After them we will very carefully study the concept in our Council, but of course we will be happy if we can continue together with some kind of multi-sports format.

"Right now I cannot give a straight and clear answer because we have to study everything and we have our decision afterwards.

"It doesn’t concern our next Championships - they obviously stand alone in Rome in 2024.

In welcoming the athletes who sat either side of him, Karamarinov added:

"Athletics is really welcome in Germany.

"We are looking forward to seven days of competition involving 47 member federations plus a refugee team.

"This year has been a really tough sports calendar.

"Which means we have a really great and spectacular competition.

"Our next Championships will be in Rome in 2024, and bidding has started for the 2026 edition, for which we have two strong candidates."

In response to a question about the potential dangers to athletes of starting tomorrow’s women’s and men’s marathons at 10.30 and 11.30 respectively following recent temperatures in the high 20Cs, a medical spokesperson for European Athletics commented: "We are confident that the level of heat stress will not be bad, will not be above what is acceptable for normal competition."

He added: "We never just look at the specific temperature, we always deal with several elements - including humidity, cloud cover and solar radiation, and the wind.

"Even though there may be a high temperature the heat stress will not be high.

"We can never say anything is 100 per cent safe but we are confident that the level of heat stress will not be bad - not beyond what is acceptable for normal competition.

"Thus the timetable remains as it is."

One forecast for Munich’s weather tomorrow shows a high point of 22C during the racing and also indicates cloud and rain.