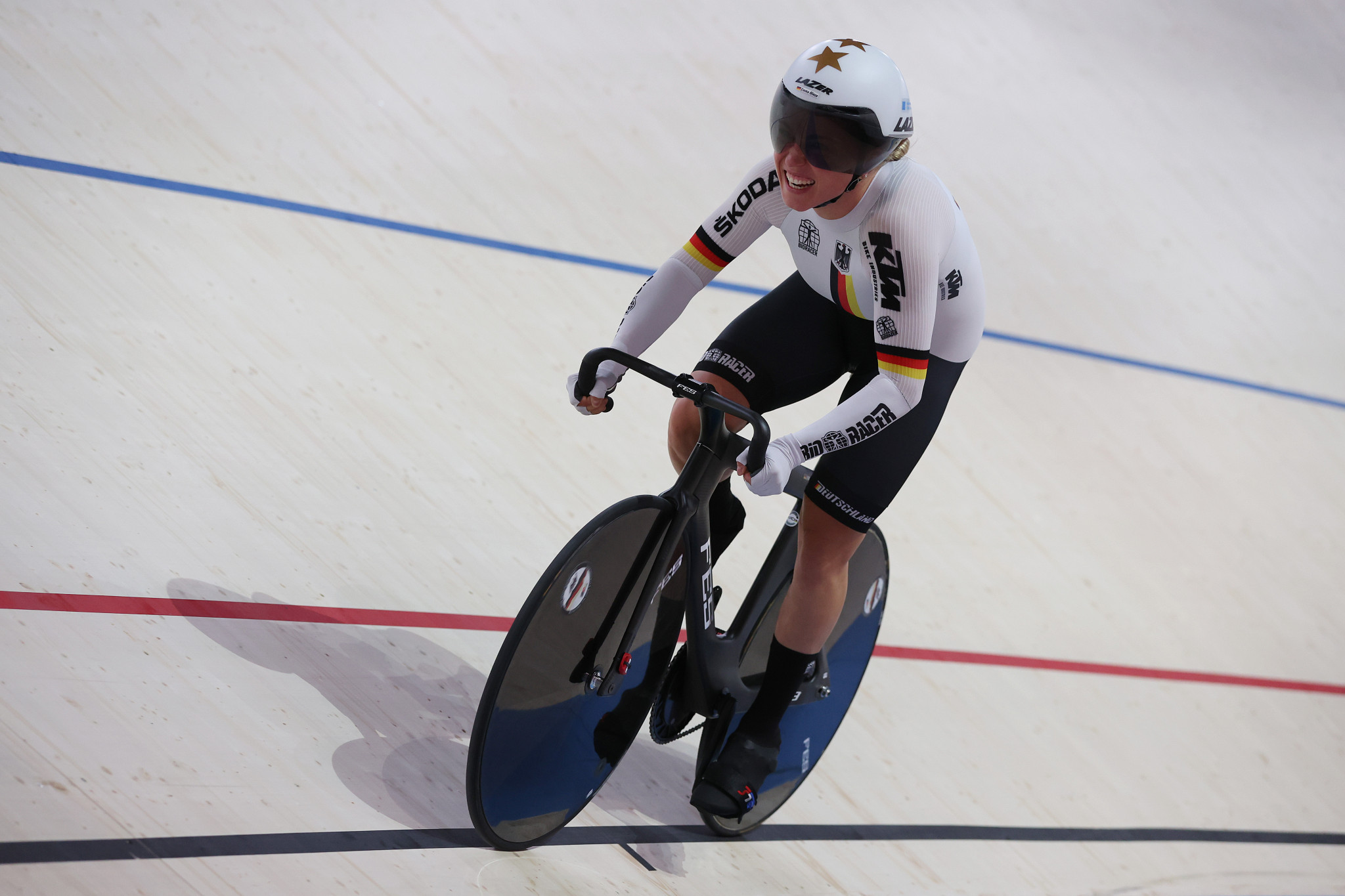 The German, who has won five world golds since 2020, bested France's Mathilde Gros across the three-race final to achieve another title on home territory.

There was a delay in racing after a minor crash in the women's omnium 20-kilometre points race.

Once the track was repaired, the action got back underway with Italy's Rachele Barbieri assuming first place.

She accumulated 174 points to beat France's Clara Copponi and Poland's Daria Pikulik by three and seven respectively to take the omnium title.

The 24-year-old timed at 59.975sec to seal his first European gold medal, which was 0.114 quicker than Italy's Under-23 European champion Matteo Bianchi and a quarter-of-a-second than Germany's Maximilian Dörnbach.

Donavan Grondin added another gold for France after notching 150 points in the men's omnium.

It was a marginal victory as Italy's Simone Consonni was hot on his tail with 148 points and Spain's Sebastián Mora Vedri trailed slightly further behind on 146.

The French athletes reached the final after a whitewash against Ľubomír Pištej and Barbora Balážová, resulting in the Slovakians settling for bronze with the score at 11-4, 11-6, 14-12.

In sport climbing, Poland completed a podium sweep in the women's speed event.

Aleksandra Mirosław, who won European gold in 2019, reclaimed the title after fending off compatriot Natalia Kałucka in the final.

Chudziak had finished the race medal match slightly behind on 7.459.