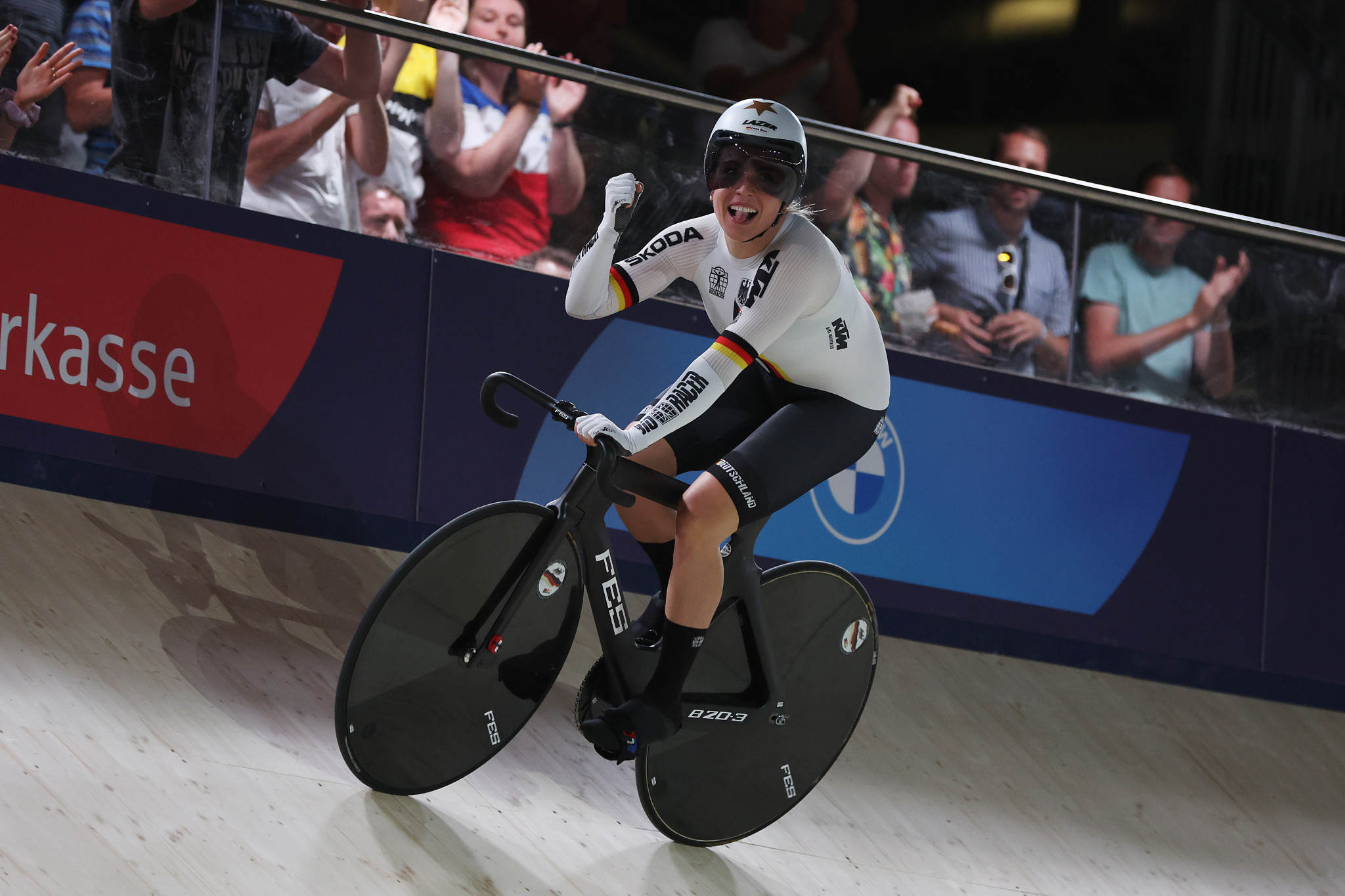 Hinze grabbed gold with a timing of 32.66sec.

Ukraine’s Olena Starikova won the silver medal in 33.40 while Miriam Vece of Italy secured bronze in 33.43.

The host nation’s rider crossed the line in 3:22.46 with compatriot Lisa Brennauer getting silver in 3:23.56.

Germany’s third gold of the day came in the men’s individual pursuit final thanks to Nicolas Heinrich.

In the women’s elimination race, the title went to Belgium’s world madison champion Lotte Kpoecky, followed by Pfeiffer Georgi and Mylene de Zoete of Britain and the Netherlands.

Moritz Malcharek won a silver for the hosts in the event while Mylène de Zoete of the Netherlands took bronze.