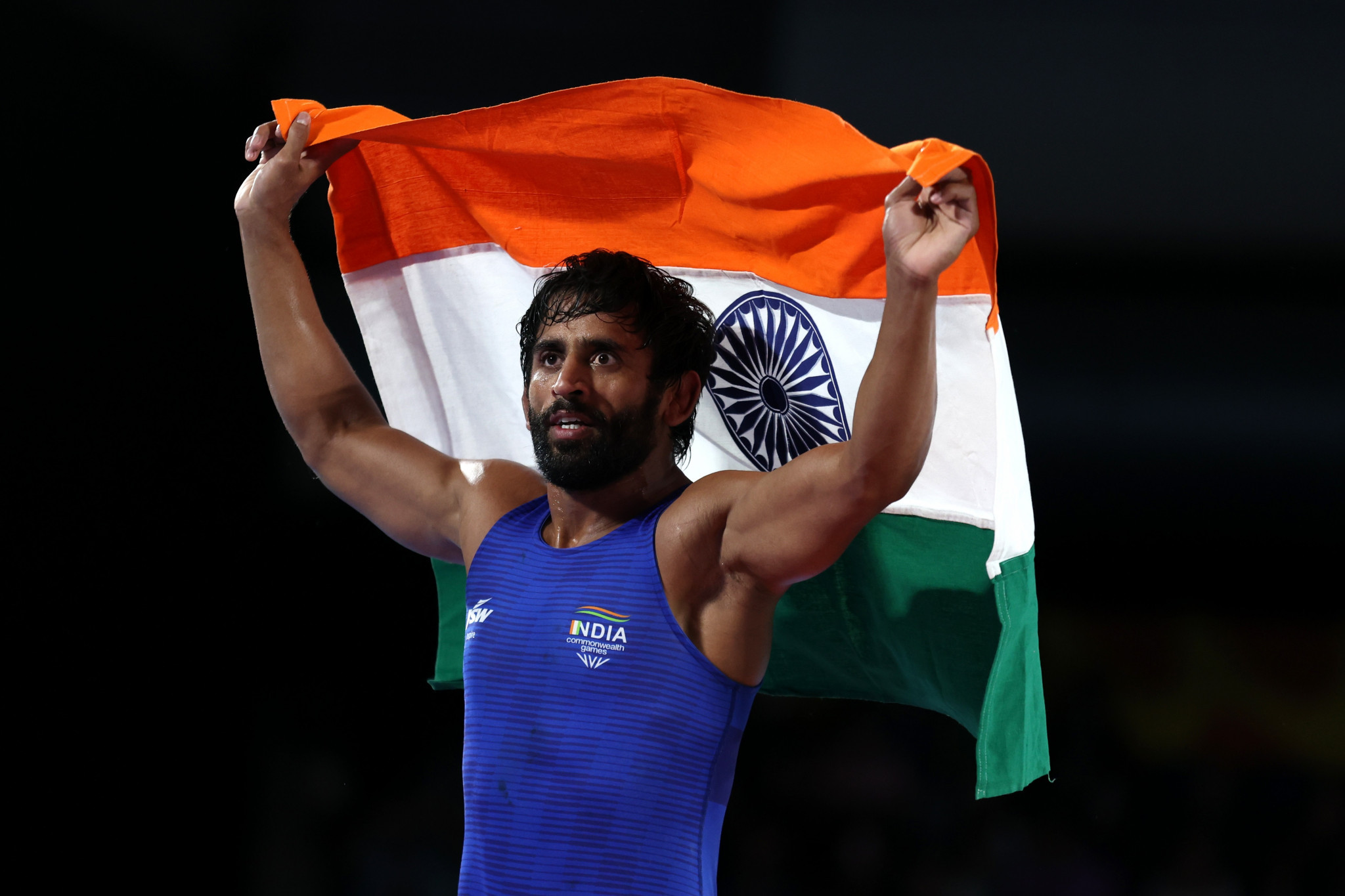 India claimed three golds in a six-medal haul on the first day of wrestling competition at the Commonwealth Games here.

Bajrang Punia, Deepak Punia and Sakshi Malik all struck gold for India on a day which was interrupted by safety issues.

Spectators were asked to vacate the venue at Coventry Arena this morning while officials conducted safety checks after a part of a speaker fell from the ceiling.

Competition resumed after a 90-minute delay but it failed to derail India’s team who racked up three golds, one silver and two bronzes.

"I'm feeling immensely happy because I had put in some changes after the 2020 Olympics," said Punia.

"I've come a long way since I was young and, it's not just my journey alone, there is an entire support system backing me including the support staff, the physios who have helped me to stand here and speak to you with a gold medal around my neck."

After a long period of grappling, Punia went on the attack and was rewarded, pushing Inam out of the mat for the opening point.

The volume increased inside the venue as Punia delighted the Indian fans by grabbing another point.

Punia defended well and kept the scoreboard ticking over with another point after forcing Inam out of the mat for the second time.

Inam went on the attack at the death only to be held down by Punia who claimed an impressive 3-0 victory.

The bronze medals went to Canada’s Alex Moore and Australia’s Jayden Lawrence, with the latter defeating Edward Lessing of South Africa 12-11 in a gripping bout.

India’s third and final gold of the day was won by Sakshi Malik who came from behind to stun Canada's Ana Godinez Gonzalez for women's freestyle 62kg gold.

After jostling for ascendancy in the opening 90 seconds, Malik went on the attack only for Godinez Gonzalez to ground the Indian for the first points of the contest.

Godinez Gonzalez doubled her advantage before the break and looked in a strong position to take gold at 4-0 only for Malik to turn the bout on its head.

Less than a minute after the interval, Malik grounded Godinez Gonzalez before pinning her to the mat to secure the win.

Ester Kolawole for Nigeria and Berthe Etane Ngole of Cameroon completed the podium after winning their bronze-medal bouts.

Adekouroye clinched her third successive Commonwealth Games gold medal with a 7-4 victory over Anshu Malik of India in the women's 57kg final.

Nigeria were celebrating again when Oborududu defended her women's freestyle 68kg crown with a 5-1 success over Linda Morais of Canada.

This was a heavyweight battle between Odorududu, an Olympic silver medallist, and Morais, a 2019 world champion.

Odorududu notched the opening points when she pushed Morais out of the mat as the Canadian almost collided with the photographers.

With a 2-0 lead at the break, Odorududu had the momentum and increased her advantage when she got Morais outside the ring.

Odorududu had to receive treatment following a blow to the head before Morais' coach was given a warning by the referee.

Morais cut the deficit as she tried to snatch gold, but Odorududu registered a further two points to complete victory.

Mandhir Kooner received the biggest cheer of the night when he overcame Kensley Anthony Marie of Mauritius and was joined on the podium by Mohit Grewal of India who downed Jamaica’s Aaron Johnson.