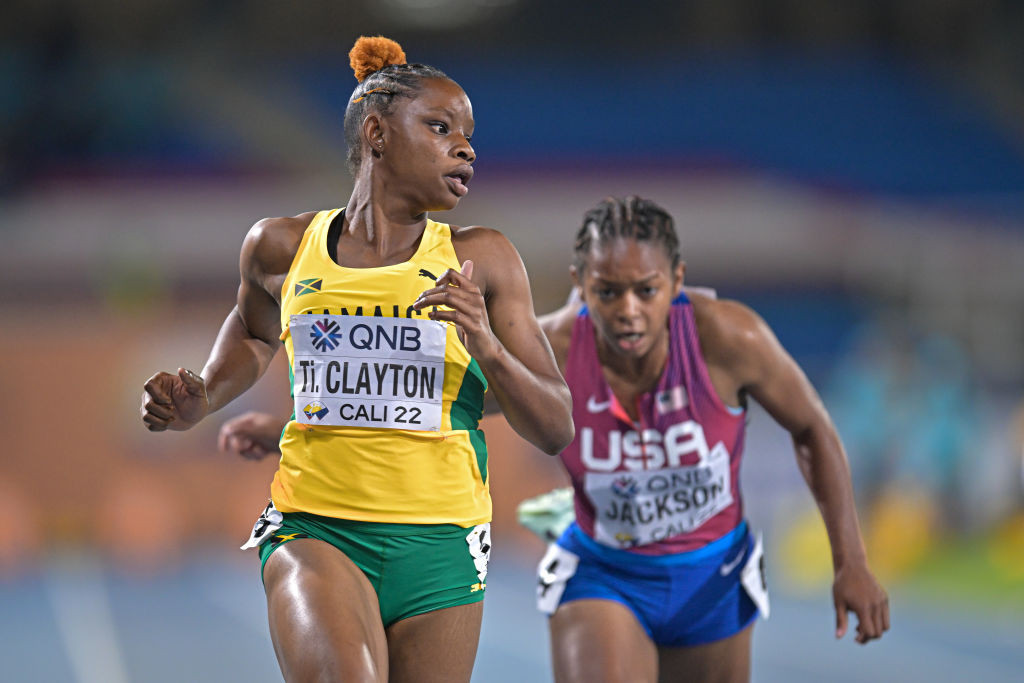 Jamaica’s Tina Clayton claimed her second straight world under-20 100 metres title in a Championship record and national under-20 record of 10.95sec, with her teammate Serena Cole - who is also her schoolmate - taking silver in 11.14.

Bronze went to 17-year-old Shawnti Jackson of the United States, daughter of the 2005 world 400m hurdles champion Bershawn, who clocked a personal best of 11.15.

Meanwhile Botswana's Letsile Tebogo, who reduced his world under-20 100m record to 9.91sec earlier this week, clocked another World Athletics Under-20 Championships 200m record in Cali as he won his heat in 19.99 before qualifying from his semi-final in 20.23.

Elsewhere, there was a dramatic finish in the men’s 110m hurdles where Matthew Sophia of the Netherlands saw gold slip away in cruel fashion after the final barrier, with Antoine Andrews of Bahamas earning victory in 13.23.

Sophia recovered for bronze after Malik Mixon came through for silver in a personal best of 13.27.