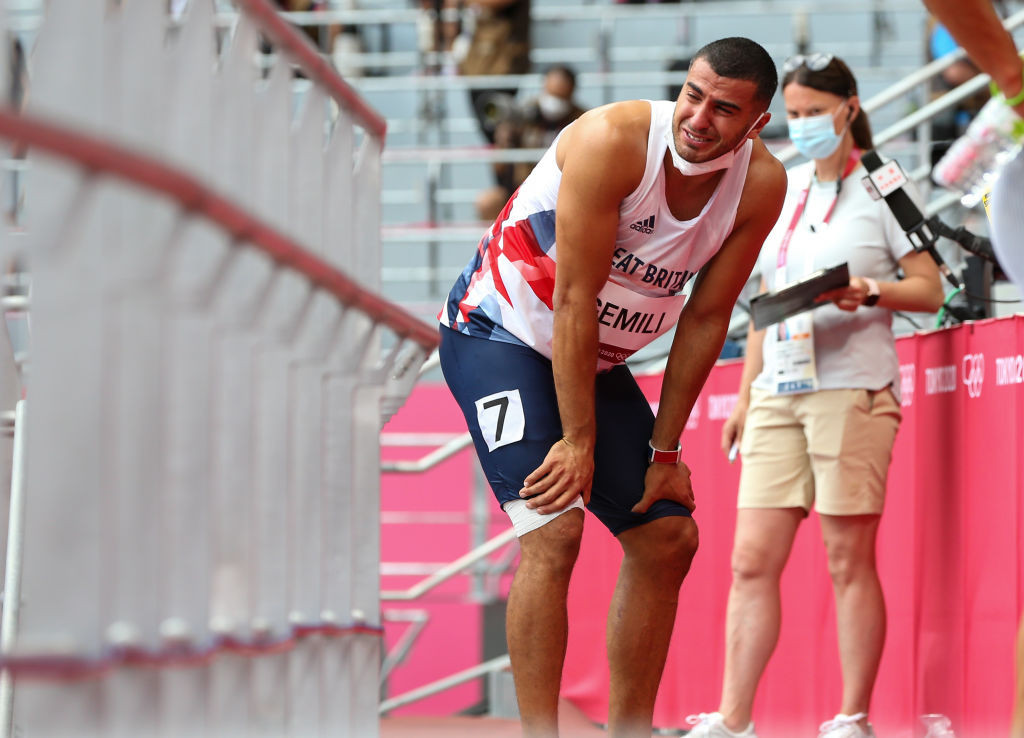 Gemili, 28, said after going out in the 200m heats at last month’s World Athletics Championships in Eugene that the "bad press" around Reider had impacted upon his performance.

"Mentally it has been very, very tough this year to keep my focus and not over-stress," said Gemili.

"This year I have taken a battering and it's showing.

"There has been a lot of bad press around my set-up and me and it's been relentless, every week it's just taken its toll.

"I am old enough now that I should be able to separate it but I haven't really been subject to this amount of press before."

Gemili, who won his European title in 2014 and took another gold as part of Britain’s victorious 4x100m relay team at the London 2017 World Athletics Championships, later apologised for his comments,

"No excuse other than I wasn't good enough," he tweeted.

"The blame is on me.

"I also shouldn't have made comments about the press when interviewed.

"I do understand they have a job to do but it's just been a lot to deal [with] and hope you can understand that."

Gemili initially stayed with Reider despite UK Athletics withdrawing funding and support for British athletes under his guidance until the US Center for Safe Sport's investigation is concluded.

Reider's lawyer has previously said no formal allegations have been made against his client, who was warned by police last month after obtaining illegal access to the athletes warm-up area at the World Athletics Championships venue, Hayward Field.

Gemili is the final British athlete to stop working at Reider's Tumbleweek Track Club in Florida on a formal basis and is believed to have left on good terms.

His fellow British sprinter Daryll Neita, who accused UK Athletics of "blackmail", has since moved to a base in Italy, while 400m specialist Laviai Nielsen now works with Austrian Philipp Unfried.

UK Athletics has said it is "committed to ensuring appropriate conduct is consistent across all areas without any exceptions."

Reider has established himself as one of the top track and field coaches, having overseen the success of several elite athletes including Canada’s Olympic 200m champion Andre de Grasse and four-time triple jump world champion Christian Taylor of the United States.

Taylor left the group before the World Athletics Championships started.

Reider also coaches Americans Marvin Bracy and Trayvon Bromell, who won silver and bronze respectively in the men's 100m at the World Championships.