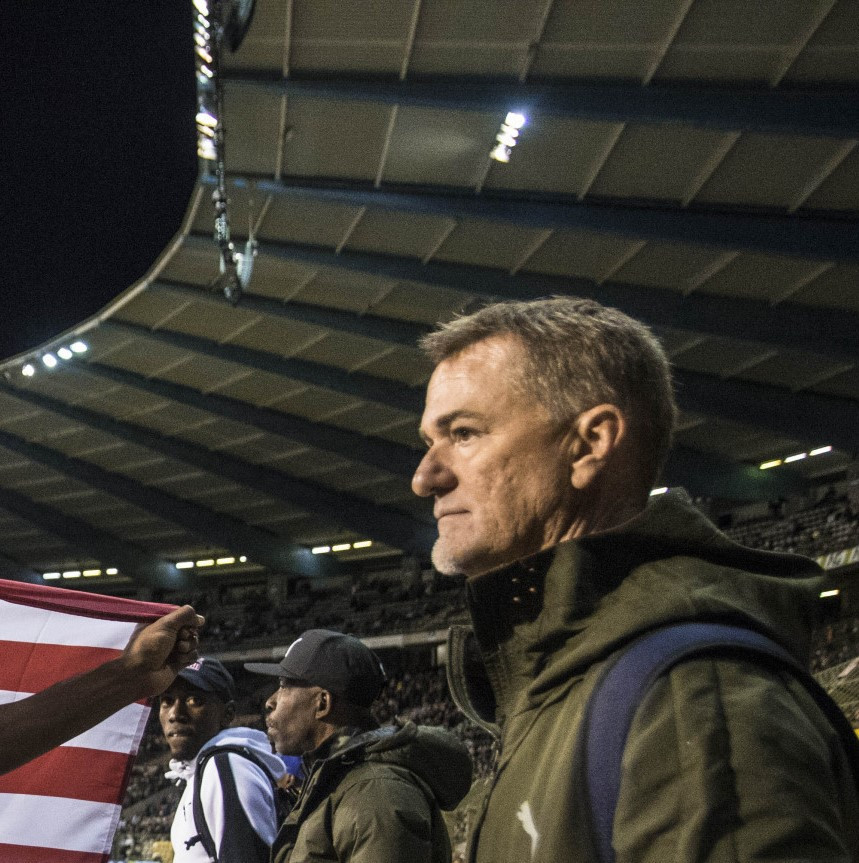 Renowned American sprint coach Rana Reider, who is under investigation for sexual misconduct, has been cautioned by police in Eugene after gaining unauthorised access to the athlete warm-up area at the World Athletics Championships.

Reider, among whose athletes are Marvin Bracy and Trayvon Bromell, respective silver and bronze medallists in the men's 100 metres final, was removed by security after police were called, having initially refused to leave, The Guardian reports.

The 52-year-old Californian, who has guided the careers of numerous world and Olympic champion sprinters and jumpers, had his accreditation blocked by World Athletics pending the results of the enquiry being conducted the United States Center for SafeSport following allegations made against him last year.

"Event security discovered a unaccredited person in the athlete warm up area," World Athletics confirmed in a statement.

"He was asked to leave, and he refused.

"Police were immediately notified and went to remove him from the venue.

"When he observed police officers approaching him, he left the venue.

"Outside the venue, he was stopped by police and advised that if he returned to the venue he would be arrested for trespassing."

Among those Reider has coached at his Florida-based Tumbleweed Track Club are Canada’s current Olympic 200m champion Andre De Grasse, who was also running in the 100m but failed to reach the final, and multiple world and Olympic triple jump champion Christian Taylor of the US.

The latter left the training group once reports emerged of the SafeSport investigation.

British sprinters Adam Gemili, the former European 200m champion, and Laviai Nielsen, both competing at Oregon22, had their lottery funding removed by UK Athletics in December after refusing to leave the Reider group.

"UK Athletics' position has not changed in that any athlete working directly with Rana Reider, given the confirmed complaints of sexual misconduct against him from US Safe Sport, will not be able to be supported through the World Class Programme," UK Athletics said in a statement at the time.