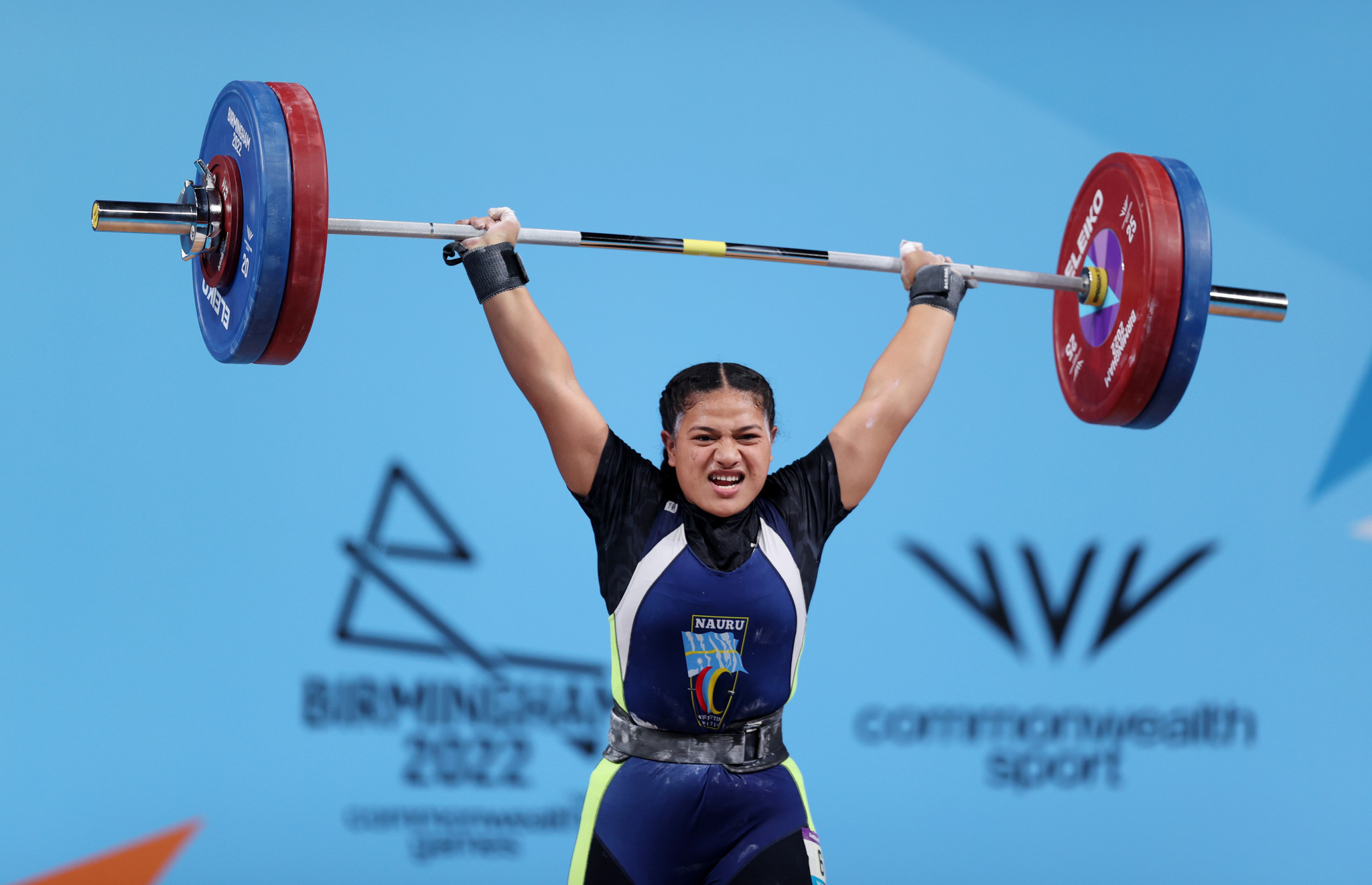 A teenage weightlifter dedicated her medal to a former Commonwealth Games champion who is the only COVID-19 fatality on the Pacific island of Nauru.

Reanna Solomon, a mother of five, died aged 40 on July 3.

Despite nearly half of Nauru's population testing positive in early July, hers is the only death from the virus.

She won gold in the women’s over-75 kilograms super-heavyweights at Manchester 2002 and competed at the Olympic Games in 2004, finishing 11th.

"It was so sad," said Maximina Uepa, 19, after finishing third in the women's 76kg today.

"I would like to dedicate my medal to her memory."

Uepa, who made her first lift in an international youth competition at the age of 12 and competed at the Youth Olympic Games in Argentina in 2018, was Nauru’s last chance of a medal to keep their run of success in Commonwealth Games weightlifting going.

It started in Auckland in 1990 when Marcus Stephen became the first Nauruan to win a medal in any sport at a major competition, leading to a national holiday being declared back home.

He was responsible for weightlifting becoming so popular in Nauru, winning gold at the Commonwealth Games in 1990, 1994 and 1998, and silver in 2002, as well as a silver medal at the 1999 International Weightlifting Federation (IWF) World Championships.

There was no television coverage from Birmingham in Nauru, where today's competition began in the early hours.

But news was being sent back lift by lift, via text messages.

"Everybody is still up at 3am and they’re all celebrating," said Trent Dabwido, a former international lifter who works at the Nauru consulate in Australia and is one of the technical officials in Birmingham.

"Maximina’s medal means we have won at least one weightlifting medal at every Commonwealth Games since Marcus won our first one in 1990."

Stephen was there to congratulate Uepa.

He had held high hopes of Nancy Abouke in the women’s 71kg on Monday but she failed with her final two lifts and finished fifth.

"I’m very pleased with Maximina, and her dedication to Reanna," he said.

"Reanna set the standard for our female lifters to follow.

"It has been very difficult for us because of COVID.

"Restrictions came in recently and that meant we missed three weeks of training for these Games."

Solomon was the only female champion among the long list of Nauruan medallists at the Commonwealth Games.

At Gold Coast 2018 Charisma Amoe-Tarrant was a silver medallist for Nauru in the women’s super-heavyweights, in which she will compete in Birmingham tomorrow - but this time for Australia, where she has lived since the age of 12.